We’re going to take a little bit of a side trip today, out of official Disney product entirely. This is a grey legal area, with contradictory case law. The stills I’ve been using for article images this whole time are considered fair use; a single image to illustrate a critical article is something not even Disney’s lawyers will go after you for. But even though fan art as a concept has been around a very long time, no one seems to know the legality of it. I’m hoping that today’s drawing will, for everyone’s purposes, be seen as illustrating a critical concept and not reason for the Disney lawyers to go after Graham Berry, my boyfriend/artist, whose Patreon information I’ll be including along with my own at the end of this article.

So let me tell you a story. I don’t know for sure that this has anything to do with the topic under discussion, but it might, and it’s a funny story I don’t get to tell often anyway. It’s about a beloved college professor of mine, Dave Hitchens, and an elementary school classmate’s father’s Tijuana Bibles.

The kid’s father apparently had quite a stash, as it turns out, and when Dave and his friend were I think eight, the kid found them. First, he read them all, like you do. Then, he took them to school and sold them on the playground to the other boys. (Of course only boys; this would have been the early fifties, if I’m doing the math right.) For a dime apiece, I believe. Did quite well at it. Then, he offered to buy Dave an ice cream sundae after school, and Dave was quite happy to accept an ice cream sundae, even though he’d had nothing to do with the selling—or, as he told it, the buying. But when the kid’s dad found out, which of course didn’t take long for several reasons, Dave got punished every bit as much as his friend.

Do I have proof those Tijuana Bibles included Disney princesses? No; Dave only mentioned that he’d seen Popeye and Olive Oyl doing things you wouldn’t want to see them do. There were only two Disney princesses at the time, Snow White and Cinderella, but that was still enough. The fact that Snow White is supposed to be fourteen was of course no barrier.

Of course, I’m not trying to say that all fan art is porn. There’s a set of prints I’ve long coveted where someone has drawn all the Disney princesses in historically accurate costumes, for example. My son watches a lot of fan videos on YouTube involving Disney princesses, among all sorts of other characters, in one way or another. And there are astonishing numbers of drawings of the Disney princesses as Jedi or what have you. (Not to mention Kim Possible as a Green Lantern, which would be awesome, and Kim Possible as Hellboy, which is odd.) How we interact with them can say a lot about us as a culture.

No, it’s the other stuff that I find more sociologically interesting. Primarily the crossovers, in fact. We have somehow come to a belief that fandoms live in isolation. There are no Star Wars fans who like Star Trek and vice versa. But the fan art of Disney princesses shows that to be false. A Google image search for “Disney princess fan art” suggests such limiting terms as “hipster” and “Steampunk.”

But also “warrior” and “Hispanic.” And “Korean.” In addition to the crossover, people are taking these characters and recontextualizing them to identify with them more closely. (I’d also note that some of the returns I got under “warrior” include Jedi Ariel and Xena the Disney Princess.) Disney takes a lot of heat these days for the Princess line, as if it’s Disney and Disney alone presenting the princess as an image for little girls to aspire to. But I think the fan art legitimately suggests that people are doing what they’ve always done and filtering their own needs through the archetypes of these characters. They identify with the characters and make them even more who they are.

And, yeah, there’s a certain “cool!” factor. Kim Possible is awesome, but Kim Possible with a Portal gun? Rapunzel the Fire Bender? Tiana and Charlotte as Elphaba and Galinda? Snow Hulk? I could keep going, but you get the idea. Because the princesses are archetypes, they are also building blocks. You can get the princesses crossed with any fandom you can think of, from Doctor Who to Danny Phantom to Kill Bill. (Cinderella. No, I don’t know how to feel about it, either.) Heck, I have official licensed patterns from Disney and Simplicity that have turned various of the characters Steampunk.

We live in a society shaped by a media industry. That’s inescapable with how we consume stories today. Instead of telling them in an oral tradition, we read or view them. It’s an inevitable change stemming from literacy and moving pictures. What do you do? But it turns out the answer to that is still “change the story so we connect with it more.” It’s amazing how many examples you can find of that even with Safe Search on. 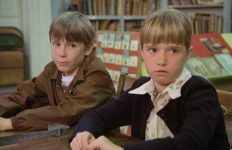