One of the pleasures of following a long-running work of art is to watch an artist grow and develop in their technique; it’s one of the few aspects of the fan/creator relationship where it feels like the audience possesses more power, as we get to see things that the creators themselves may not even see, like a proud parent watching a child go from fumbling first steps to running marathons. And one of the pleasures of watching It’s Always Sunny In Philadelphia is seeing four young actors slowly become charismatic superstars. Charlie Day’s genius for improvisation and commitment to his character’s intense moods are visible right from the start and he simply becomes even more himself over the course of the show. Kaitlin Olson radiates energy at all times, and she shifts between Sweet Dee’s moods in a way that she feels the most like a real person reacting to events in front of her (which only serves to make Dee’s many terrible decisions even sadder). Of the four original cast members, Rob McElhenny feels like the only one who wouldn’t have found some way to rocket to superstardom even without the show, an ordinary day player who got really lucky, but aside from being essential to the inner workings of the show (it’s my understanding he’s the main face of the group in meetings and business dealings and had the most enthusiasm in getting the show off the ground in the first place), he more than makes up for it in his total commitment to Mac, which sometimes converges with his occasional moments of creative brilliance, like Fat Mac. But Glenn Howerton as Dennis is the one who fascinates me the most, because his development as an actor is the most spectacular.

Early in the series, there’s nothing particularly special about Howerton or Dennis – much like the writing and direction, it’s not so much the imagination on display as it is the commitment to an ethos, a willingness to show dirty and degraded people without trying to soften or apologise for them. You’re meant to be laughing at these characters at all times, and Howerton gives us an egotistical fratbro who’s a bit full of himself. What slowly becomes clear is the way his performance keeps adding onto itself. I often describe Always Sunny as becoming a photocopy of a photocopy of a photocopy of itself, with the characters doing basically the same thing but degrading a little more each time, and his performance is the one that most reflects that degradation. He’s the one most rooted in classic Hollywood acting in how he uses tics, his voice, and in general control over what his body is physically doing (as opposed to something where the actor tries to generate a feeling within themselves and let their body express that on its own, for example), and as the series goes on, he layers in more and more tics and voice modulation. One of the earliest signs he’s going to be a great actor is in season two’s “Charlie Goes America All Over Everybody’s Ass”, with his “we want real girls going wild” monologue; he drops his eyelids just enough to convey predatory hunger, he drops his voice into a lustful growl, and he grabs Mac’s shoulders and steps just enough into his personal space to be uncomfortable. It’s hilarious because he’s just one step above what even a normal creep would do. And every time we come back to Dennis’ weird pervert crap, he finds a new variation on what he’s already done, new places to pause, new gestures to throw in; think of his famous “implication” moment, where he raises his eyelids at the precise right time to make the joke land.

I suspect a large part of Howerton’s pleasure in acting on the show comes from constantly doing things he’s never done before; it’s like he is to facial expressions what his show is to comedy, constantly throwing out something new to see what sticks. And there is something actually quite Dennis-like about his approach to performing in how precise it is, like he takes all of Dennis’ impulses and applies them to acting and is also not an idiot about it. There’s often talk about the responsibility creators have in showing destructive behaviour that audiences might unthinkingly repeat, but I think there’s a reverse situation very few people consider: the opportunity for a storyteller to put their worst instincts into a character and let them play out with natural consequence, putting a pedantic level of precision into a monstrous asshole. Meanwhile, it’s astounding and inspirational how the show has allowed Howerton’s growth as an actor; in a recent interview, he described the show as being like a garage band that gets together and churns out a new album every year, and I like the idea of something with so simple ambition and low stakes facilitating that growth like a guitarist playing in a jam band before working on some epic rock album. I often think about the bad works artists had to churn out to get to the good ones, but Always Sunny is a great work that begets more great work (I haven’t seen AP Bio yet, but by reliable accounts it’s pretty good). It’s the result of a bunch of cool people putting their full energy into solving a simple task. 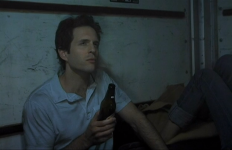 Five Always Sunny Lines I End Up Thinking A Lot→ 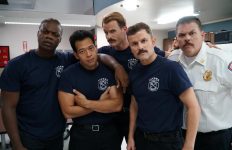 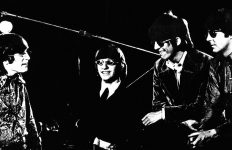 Stuff I Took From Revolver (Year Of The Month)→