This Week, Sit Back and Discuss:

Thanks to Miller for cozying up and providing links this week. Send articles throughout the next week to ploughmanplods [at] gmail, post articles from the past week below for discussion, and Have a Happy Friday!

Mark Asch reviews the limitations and liberties of Three Thousand Years of Longing at Hyperallergic:

Miller’s thin-spread passion project consists in large part of scenes of his only two name actors sitting side by side on a hotel bed in matching white complimentary bathrobes. The rest of the 3,000 years are, frankly, janky as hell, very brightly lit and marked by underbudgeted CGI. But this is also appealing, because Miller, like Robert Zemeckis, is interested in the plasticity of new moviemaking technology. This makes the use of CG visuals in Three Thousand Years paradoxically tactile, like with the effect of viscous, glossy liquid glass encasing a concubine’s forbidden books. Making Mad Max: Fury Road with largely practical effects, Miller astonished viewers by not leaning on CGI as a replacement for the physical world. Here, using CGI more excessively as a magical or at least unreal transformation of the physical world, he again offers an alternative to the digital automation of modern spectacle filmmaking.

An actor-centred film is only as good as its performers. Banderas, Cruz and Martínez all excel as an eccentric and bickering trio who have lost the capacity to process the consequences of their actions. A boyish Banderas, arguably sending up his persona as a Spanish heartthrob with a successful Hollywood career, has rarely been funnier. His looking up, down and around his pince-nez at the first script reading is a lesson in comic timing. Martínez perfectly captures Iván’s hypocrisies; he might act contemptuously towards awards, but secretly rehearses an acceptance speech with a kettle doubling up as a statuette. Cruz melds a combination of insecurity, self-assurance and disdain to perfection.

Lodge Kerrigan talks to Charles Bramesco at The Playlist about his 2004 movie Keane, low-budget filmmaking and what’s similar about TV and movies:

That tension between writer and director is a function of economics, I’d say. They were split for the sake of efficiency, that it’s faster to make a film when the writer can do something while the director is doing something else. I prefer the auteur model. Now when you’re making episodic TV, you have to wear a particular hat. But I try not to concern myself with all this too much. I don’t lose sleep over it. The wonderful thing about filmmaking is that there’s no blueprint. At the end of the day, you either make a film, or you don’t, and it’s either good, or it’s not. It takes a combination of luck, privilege, and hard work. Sometimes it happens. Sometimes it doesn’t.

Panic’s low budget necessitates a tight focus on a few characters and locations, which only increases the film’s effectiveness. So does the cast. Milland was an Oscar winner with a long track record as a leading man. Hagen had segued from Singin’ in the Rain into Make Room for Daddy and could still easily channel the persona of a sitcom-perfect middle American wife. [Frankie] Avalon was a teen idol whose career would find a second wind the following year as the star of Beach Party. These were familiar people reduced in an instant to desperate characters doing whatever it takes to survive. If it could happen to them, it could happen to you. The film ends on a note of hope, but it’s faint.

C.M. Crockford heads to Paste to report on Champaign, ILL, the YouTube Premium show that’s worth the time:

Watching the ending of Champaign ILL, it’s not totally obvious where the direction of the web series would have gone if a second season had been picked up. Like Party Down or early Office seasons, there’s a bittersweet poignancy to the failure of the characters. When the characters end up back where they started (albeit with a hologram of their dead best friend accompanying them), it just fits perfectly with the tone of the dark comedy. But this season actually does feel like a full, self-contained story, whereas most shows that brag about being “10 hour movies” end up featuring hours of dead air.

At Vox, Constance Grady reports on the curious anti-trust case that has giant publishers Simon & Schuster and Penguin Random House attempting to prove their own incompetence:

Throughout the trial, publishers depicted the industry as one of chaos and romance in equal measure, a hazy and lovely space in which publishers routinely hand out large sums of money for great works of literature, unable to either predict or care whether they would ever make their money back. Within this space, publishers argued, the narrow slice of publishing that the government was focused on — books with an advance of $250,000 and above — was meaningless. There was no true correlation, they said, between the books that they paid high advances for and the actual sales figures of those books. And so one by one, highly paid CEOs took the stand to argue that they had no idea what they were doing with all their money. 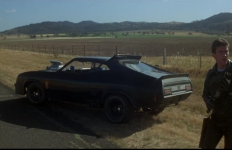 Year of the Month: Belated Comebacker on Mad Max→ 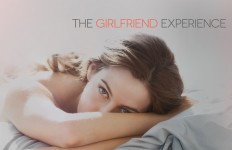 A Soderbergh Escapade: THE GIRLFRIEND EXPERIENCE (2016)→