This Week You Will Say No To:

We couldn’t say no to the wonderful scb0212 when he contributed. Send articles throughout the next week to ploughmanplods [at] gmail, post articles from the past week below for discussion, and Have a Happy Friday!

At Crooked Marquee, Marya Gates talks up the ominous techno-loneliness in We’re All Going to the World’s Fair, opening in limited release this week:

Is she really going through changes because of the challenge? Is she play-acting for the game? Is she using the game as a way to express her feelings during puberty? It’s left to the viewer to decide exactly where the line is drawn. What does appear to be true, if you believe Schoenbrun’s camera is object when following Casey when she is not on the internet, is that she lives a secluded life. […] The use of mostly available light from computer screens and the outdoors, both night and day, add to the eerie atmosphere, as does the sound design, created to mimic ASMR videos. We hear the scraping of Casey’s wooden chair across the floor, the beeping as her video camera begins recording, the chirp of a Skype call. Even an actual ASMR video from creator Slight Sounds takes on an ominous tone in Casey’s dreary world.

I do not know what happened. One fine day I learned from the press that I had been expelled from this wonderful academy for being a cosmopolitan. This is all very funny, of course. But I think that the main reason for this decision was my refusal to boycott the Russian film directors who have consistently opposed Putin and his regime. I don’t support either a wholesale boycott of Russian culture or cultural war in general. Such boycotts are meaningless: they do not help anyone, and bring nothing but harm to all. Waging a war against culture is tantamount to waging a war against wind or ocean––it is impossible, for culture permeates everything. Culture is far bigger than any film. And waging a campaign against the films that are seen by 0.5, or, at best, one percent of the world’s filmgoers is especially absurd.

For Variety Rebecca Rubin notes that whatever hex has been cast on the Fantastic Beasts movies continues to pay out headaches for Warner Brothers:

Declining box office ticket sales suggest that “Fantastic Beasts” hasn’t charmed the fans or converted young kids into aspiring witches and wizards. That has reverberating effects on the larger Wizarding World, which has become much more than a film franchise. There are theme parks at Universal Studios in Orlando, Hollywood and Japan, as well as live events, studio tour stops, a successful Broadway play in “Harry Potter and the Cursed Child,” and endless consumer products that could fill the vaults at Gringotts… and then some. Think hundreds of millions in profits.

Gabe Levine-Drizin provides clips of the corniest examples of ’90s anti-drug TV plot lines funded by the US government:

As major networks grew dissatisfied with the deal against the backdrop of a booming dot-com economy, in which ad space was increasingly cherished, the networks bargained with the government. As a way to redeem the second free ad slot that they had promised to the government, the networks could use the plots of their sitcoms and dramas to fulfill the requirement—effectively taking large sums of free money to weave in War on Drugs government propaganda into their plot lines. In this deal, both sides won out: While the networks were able to sell the commercials to the private sector that they would have given away for free, the government was rewarded with a much more insidious way to spread “anti-drug” content.

And finally, to go along with Nestflix, the faux-streaming service for shows-within-shows, here is Spotifictional, offering playlists for fictional bands, from the Be Sharps to 4*Town. 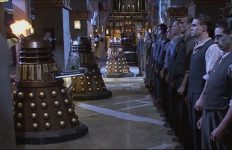 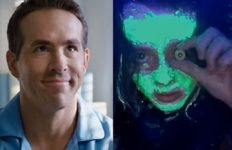 Miller’s 2021 Double Features: Linked with our Machines, Our Eyes are Beaming→ 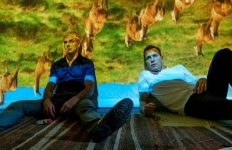