Browse: Home / The Friday Article Roundup: The Past is Present

Thanks to Casper and Clytie for contributing this week. The FAR will take a break next Friday to make room for the Solute Best of the Year celebration, but send articles throughout the next two weeks to ploughmanplods [at] gmail, post articles from the past week below for discussion, and Have a Happy Friday!

Vox‘s Emily VanDerWerff breaks down the massive influence of The Matrix across five eras:

Notably, all these films place at least some amount of blame on consumerism. We’re trying to fill the voids in our hearts with money or stuff, the films argue. But when it comes time to look more closely at the void, all the films splinter off in different directions in answering the question of what might actually fill it. And The Matrix argues that what we need is to accept that reality is an illusion manufactured for us by powerful interests who are invested in keeping us from seeing how they don’t want anybody else’s hands on the tiller. It’s baby’s first introduction to leftism.

Speaking of politics in 90s classics, Leonard Pierce discusses the prescience of Beavis and Butthead Do America at Jacobin:

It was a smart decision to use the picaresque format for the film. As Fredric Jameson put it in his discussion of Raymond Chandler, this literary form, usually featuring the passage of a roguish “wise fool” through a variety of places and situations, is valuable because it allows for the crossing of class lines. Well, there are no fools like Beavis and Butt-Head, and no fictional characters less respectful of class distinctions or security-state shibboleths; for them, there are things that suck and things that rule, and never the twain shall meet.

It’s that season! You know, Best of the Year Season! There’s choices aplenty, but we’ll go with Clarisse Loughrey’s list at The Independent since she gives the top spot to First Cow while American critics ignore the film using lame excuses like “it came out last year in our country”:

Meek’s Cutoff, and now First Cow – Kelly Reichardt’s two bold, perceptive portraits of early America – should be treated as a new standard in historical filmmaking. Her ideas about the period are firmly and passionately rooted in a disdain for colonisation and oppression, while cleverly mocking the cultural myth that there was ever a west to be tamed or to be won. And in First Cow, all of it comes packaged in the form of a single bovine – the first to arrive in the disrupted Oregon country, now the prized possession of a local landowner (Toby Jones). Her milk is the tainted promise of a better future – siphoned off by the bucketful on a nightly basis by two frontiersmen, Cookie (John Magaro) and King-Lu (Orion Lee), who use it to make delicious oily cakes to sell to the community. But for Reichardt’s audience, all hope is short-lived when they’re reminded that the film opened with a shot of two skeletons, lying side by side.

In other year-in-review, Crooked Marquee devotes a trio of articles to pondering what we’ve learned in 2021, including thoughts on movies during the pandemic, Warner Brothers’ controversial release model, and  an article on the perils of nostalgia by Bill Bria (SPOILER for Ghostbusters: Afterlife below):

All these films are indicative of our current struggle between a deep desire for comforting escapism and a gnawing, persistent dread of our present. The past acts as both a fond memory and a perpetrator of systemic problems, a place we both wish to escape to and ironically can never escape. In eras prior to now, it was easier to keep the past at arm’s length, even in cinema. Yet the characters seem to be lingering on screen far beyond their expiration, even beyond the lives of the actors who portrayed them: witness the digital resurrection of Harold Ramis for Afterlife, the latest instance of nostalgia superseding a person.

The Power of the Dog director of photography Ari Wegner talks to Matt Mulcahey at Filmmaker Magazine about battling the sun and messing up perfection:

Filmmaker: How did you approach lighting Rose’s Red Mill restaurant, where the men all congregate after the cattle drive in Beech? I believe this was on stage, but you create very convincing sunlight.

Wegner: That was on stage. For the wide shots [that saw] out the windows we put printed backdrops of panoramic photos that our VFX supervisor, Jason Hawkins, took down on location on the South Island of New Zealand. We printed them on big vinyl billboards and moved them around the studio to be what we’d see out the windows. First I’d light them and that would bounce some light inside. Then we introduced some sun with HMIs coming in through the windows. For me, reality is imperfection, so you want the sun to come in but in kind of an odd way. If something feels too perfect, I tend to mess it up a bit.

At the New York Times Kyle Buchanan interviews Peter Dinklage on starring in the new movie adaptation of Cyrano and, of course, Game of Thrones:

How did you feel about love when you were in your 20s? Were you in love with the idea of love? Yeah, I think so. I think there’s a “Wuthering Heights” quality to all love when you’re younger, you know? “Romeo and Juliet” wasn’t written for 40-year-olds. I was guilty of always falling for someone where it wasn’t reciprocated, because keeping it at a distance is more romantic than bringing it up close. You fall for people you know aren’t going to return that, so it’s even more tormented, and you’re not interested in the people interested in you. That’s how my brain worked because I was a self-saboteur when I was young. 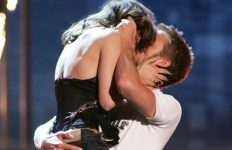 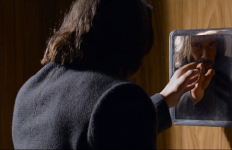