This Week You Will Plant a Big Smacker On:

Big smooches to scb0212 and Ruck Cohlchez for contributing this week. Send articles throughout the next week to ploughmanplods [at] gmail, post articles from the past week below for discussion, and Have a Happy Friday!

At Vox, Alissa Wilkinson uses the opening of Top Gun: Maverick to go long on the backstory and process of Hollywood films working with the military, with interesting and evenhanded analysis:

In the post-War decades, however, ideological harmony between much of Hollywood and the military disappeared. So, you see a pivot, Harris says. “After Vietnam, the Pentagon would never say to Hollywood, ‘We’re all in the same business,’ which was basically the argument that was made during World War II. That came to an end with Vietnam, and what replaced it was this more transactional relationship.” It’s not that things got bad. They just became about business rather than ideals. The situation, Harris says, went “from the military saying to Hollywood, ‘We need you to help us,’ to the military saying to Hollywood, ‘We’ll help you. We’ll give you access.’”

The new Senses of Cinema is again packed with articles on a theme – this quarter’s is Bollywood – as well as articles on world cinema, interviews with filmmakers, and dispatches from festivals. We’ll highlight this deep dive on Jane Campion’s use of New Zealand locations from Alfio Leotta & Missy Molloy:

[Sam] Elliot dismissed The Power of the Dog as a ‘piece of s***’ in large part due to its ‘allusions of homosexuality’; in a robust rejoinder, Campion refers to ‘the West’ as ‘a mythic space’ with ‘a lot of room on the range.’ This view of the Western, as an open and permeable imaginary space, resonates with several earlier Campion works that (like The Power of the Dog) utilise the iconography of ‘the West’ to foreground conflicts related to gender. Campion’s first feature film, Sweetie, is a Sydney-set, offbeat family drama in which sisters, Kay and Dawn (nicknamed Sweetie), have opposing reactions to their dysfunctional upbringing—with protagonist Kay repressing her emotions and Sweetie aggressively expressing hers. In the film’s present, the relationship between their parents, Flo and Gordon, is on the rocks, and the end of the film’s second act involves a surprising interlude in which Kay and Gordon travel from Sydney to the Australian Outback in a last-ditch effort to recover Flo, who had fled the drama of suburban family life to work on a cattle station (where, in Kay’s words, ‘she got a job cooking for some jackeroos’). […] The alternative way of life depicted at the ranch manifests most concretely in the iconography of the cowboy, which seems to represent a purer, less conflicted masculinity.

The Ringer takes a brief break from breathless hysterics over Top Gun: Maverick so Mara Reinstein can chronicle the cultural rise and fall of the MTV Movie Award for Best Kiss:

The list features an impressive cross section of generational stars from Carrey to Will Smith to Sarah Michelle Gellar to Jake Gyllenhaal to Noah Centineo. But the Best Kiss trophy didn’t become what it was simply because of who received it: It represented an annual opportunity to watch celebrities at their most freewheeling and affectionate. Silly award aside, it meant something. During a time when stars were far more buttoned-up and private, the category was a key that unlocked unprecedented unpredictability—a reputation that grew annually as winners tried to top those before them. Ryan Gosling and Rachel McAdams took their on- and off-screen chemistry to impressive extremes to honor The Notebook in 2005; Robert Pattinson and Kristen Stewart set the internet on fire for four consecutive years; Adam DeVine and Rebel Wilson broke into into an R-rated make-out session, censored crotch shots included, during their acceptance speech for Pitch Perfect 2 in 2016.

For a different author, [the impending death of Sedaris’ father and the complicated feelings that has brought forth in him] would be comedy gold — or at least a bracing opportunity to try something new, to go somewhere more vulnerable and potentially less funny, but also maybe incisive and bittersweet in a way that made the late-life output of funny writers like Twain and Joan Didion so paradoxically invigorating. But Sedaris can’t seem to do it. Either he doesn’t have enough tools in the box or he just refuses to look too closely at any of these understandably difficult subjects, so instead he writes about them in the same tone he used to write about department-store Santas and being bad at French, with disastrously jarring results.

And finally, in music news and easy punchline setups, podcasters are making thousands of dollars per month with white noise:

In 2019, Brandon Reed, a Walt Disney Co. employee who lives in Florida, started using Anchor to host some white noise programming that he hoped would help his baby son fall asleep.  Reed wasn’t aiming to build a successful podcast, he said, but soon the Spotify algorithm started pushing people to his show, “12 Hour Sound Machines (no loops or fades).” That year, he created three, free episodes filled with hours of static noises. Now, three years later, around 100,000 listeners play his show daily. What began as essentially a cozy sound blanket for his baby, now regularly pops up around the world on Spotify’s charts of the most popular podcast episodes. Last year, Reed’s show made the top charts in four different countries. “I didn’t even intend for people to listen to this,” he said. 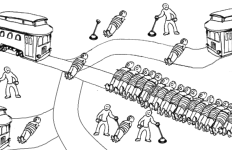 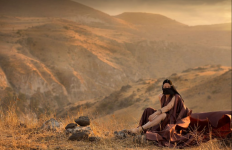 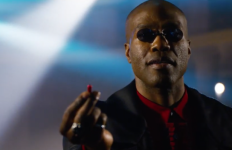