Browse: Home / The Friday Article Roundup: Think of the Children!

The FAR has realized it is the only properly concerned entity and designates itself protector of the world’s impressionable youth. They must be shielded from grizzly home videos, IRL streamers, George Romero PSAs, vapid cultural institutions, and dancing. Hot, sweaty dancing. Pour over each of these articles to educate yourself on the depravity of your fellow humans.

Thanks to Miller this week for pointing out some debauchery that might have escaped attention. Send articles throughout the next week to ploughmanplods [at] gmail, post articles from the past week below for discussion, and Have a Happy Friday!

Shirley Li for The Atlantic profiles director John M. Chu, from his colossal bomb in Jem and the Holograms to the eve of a promising-looking release for In the Heights:

He wanted them to chime in if anything ever felt off—to take, as he put it, a “magnifying glass” to the material. Leslie Grace, who plays Nina, grew up in a salon like the one in which the number “No Me Diga” takes place, so she proposed small details—where a hairdresser might leave her towel, for instance—that helped the story feel more substantial. “We’re so used to seeing the Latinx community through this little scope, and Jon was adamant about ‘No, let’s blow it up,’” Grace told me over Zoom. Melissa Barrera, who stars as Vanessa, told Chu she wanted her character to address a little girl as “mi vida,” a Spanish term of endearment; it’s how her mother and grandmother spoke to her when they raised her in Mexico. They filmed a take that ended up in the final cut, one of many improvisations Barrera said Chu encouraged. “He makes everyone feel important,” she said.

At The AV Club, Leila Latif dives into the history of 80s British moral hysteria and how it gave rise to a cult of gruesome home video watching:

The video nasty panic was a swirling vortex of all of Thatcherite Britain’s worst impulses: hatred of youth culture, classism, xenophobia, technophobia, and a clutched-pearl outrage that “no one is protecting the children!” Not that it was just kids, apparently, who needed protecting. The adult working class had to be sheltered, too, from The Texas Chain Saw Massacre, lest they think it was aspirational. After a screening of the film, BBFC chief censor James Ferman said exactly as much: “It’s all right for you middle class cineastes to see this film, but what would happen if a factory worker in Manchester happened to see it?” As public outrage at video nasties reached its apex, Conservative MP Graham Bright even appealed to the British public’s love of their canine companions to court popularity, saying straight-faced on television that, “Research is taking place and it will show that these films not only affect young people but I believe they affect dogs as well.”

Jake Mulligan examines how a long-running absurdist satire of movie culture is the culture’s most accurate mirror:

Reflection is the ultimate quality of On Cinema, its critical implications cut so deep because its observations are so right on. And by now it mirrors basically the entire commercial filmmaking ecosystem: The cross-platform narrative gluttony reflects mass storytelling in the time of intellectual property; Tim’s obsession with pivoting away from movies reflects the industry’s consistent efforts to sublimate feature-length films into lowest common denominator content; Gregg’s pointlessly romanticized engagement with the form as a quasi-religious experience reflects one primary critical perspective of the current day (while Tim’s moral outrages reflect the other); the play-along fanbase reflects moviegoers’ apparently widespread desire to participate in and perhaps even control their favorite brands; the bland colors and chintzy post effects reflect the ever diminishing aesthetic expectations for digital cinema; and the recurring cycle of faux-corporate takeovers and rebranding campaigns reflect the unmatched capitalistic death drive of an industry that sells out to every caller from Dupont to Amazon to the Discovery Channel.

In a reissue from Rogerebert.com, Scout Tafoya finds the arthouse inspiration in George Romero’s horror PSA about getting old:

[It] always seemed as though his love for Powell & Pressburger never got anything like the workout you expect from a student with one obvious master … until “The Amusement Park” was unearthed. The film has the structure of “The Tales Of Hoffmann,” pitting its hero against a collection of unearthly foes in bizarre vignettes. “The Amusement Park” is the only one of Romero’s films that feels deliberately episodic without losing its through-line. In the visually overwhelming “The Amusement Park,” everything conspires against Maazel to make him feel enfeebled, unwanted, outmatched and near to death. Romero hits him with one damned thing after another until the relentlessness becomes the subject. This is his Powell film, and as a lifelong devotee to Romero, it’s really quite moving to finally get to see it.

Nick Pinkerton goes very long and very deep into the shared cinematic universe of IRL streaming, investigating it as cinema of the most appalling kind:

Sex, for some time anyways, remained a department of transgression that IRL streamers ventured into least often. There are exceptions to this, but even these favor emotional terrorism and debasement to what most would regard as titillation, as when Attila Bakk, aka Attila, a Hungarian-born streamer originally based out of Windsor, Ontario, did boffo metrics last November through drunkenly denigrating a sex partner, fellow streamer Jewel Rancid, on- camera, afterwards reading vicious chat comments aloud while she could be heard vomiting off-screen. Later, after Rancid has passed out, Attila, who has the visage of a depraved imp, indulged in a to-webcam monologue that begins with a bellowed “You will never get this lifestyle,” continues through his confronting in the nude a complaining neighbor who comes to his door, then ends in a barrage of n-bombs. Insofar as can be determined, this is the couple’s idea of a good time, and there is some evidence that Rancid, who pads her income selling mayonnaise fart videos online, has an insatiable appetite for humiliation—none of which is to say that this activity, to whatever degree it can be judged consensual, is “good” for anyone involved.

Finally, The Onion asks former child stars about the difficulty of growing up in the industry:

Kel Mitchell: “People seem to pity the fact that I’m out of the Hollywood game, and yet my accomplishment, net worth, and fame dwarf virtually everyone reading this slideshow. Just interesting, y’know?” 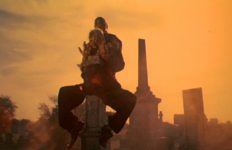 Year of the Month: Three Ways of Looking at THE TEXAS CHAIN SAW MASSACRE→ 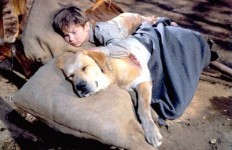 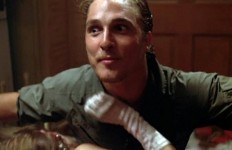 Dead Ends: THE TEXAS CHAIN SAW MASSACRE to THE NEXT GENERATION… and Beyond→