Screenwriter John Orloff claims that the historical inaccuracies in Anonymous are a tribute to how Shakespeare included inaccuracies in his history plays, such as, one assumes, the striking clock in Julius Caesar. And, sure, he can believe that. That’s fine. What he has actually done is cobble together a bunch of nonsense in service of a theory that can’t be supported with the evidence. The question, though, is whether silly anachronisms, deliberate or otherwise, actually hurt scripts set in historical eras.

The one that always comes to mind for me is the zipper in A Knight’s Tale. I’ve gotten a lot more forgiving of the deliberate nature of that movie since I first saw it, but the zipper always makes me cringe, because it’s just laziness. It ruins the line of period dresses; honestly, I don’t use zippers much when I make modern clothes, either. Maybe that’s not most people’s bridge too far, but it is for me. I’ll admit I was never going to be on the right wavelength for Anonymous no matter what we did, because the premise is wrong, but once we start getting into the sex life of Elizabeth I, it goes downhill even faster.

What your moment is will be different for everyone. What’s more, it doesn’t mean you don’t like the work in question. I love Elizabeth, but the idea that she never saw Robin Dudley after the events portrayed is pure nonsense. Even the idea that she never saw him alone is unsupported. If you know your stuff, it can pull you out of the world the movie is building. Sure, most of the audience won’t know their stuff on that level, but the people that do are the ones most likely to seek out your movie, you’d think.

Long ago, the History Channel was doing a special on the Founding Fathers, and they did a making-of bit. One of the reenactors they had as an extra—reenactors have long been a cheap source of extras in period pieces—was complaining that someone’s buttons were ten years out of the right era. That was enough to throw him out of the moment. Whenever I’m afraid that I’m judging a film too harshly because a major character had been dead for ten years at the time the story is set, I think of that guy, because Christopher Marlowe, say, was a bit bigger than a button.

Honestly, I don’t mind a completely ahistorical movie now and again. The Princess Bride is definitely set at some point, and you don’t know when, so it’s impossible to know what’s an anachronism. There’s a sort of fantasy Middle Ages that’s just fine for things like Robin Hood and King Arthur—sure, both of those are technically pinned to specific times, but they’re so divorced from reality that it’s hard to be all that mad at a Robin Hood story that has gunpowder and a telescope. Unless that’s your particular bridge too far, which is between you and Robin Hood Prince of Thieves.

Patronage of the arts is a longstanding historical tradition; consider supporting my Patreon or Ko-fi! 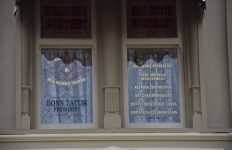 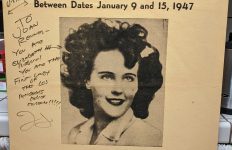