Browse: Home / The Limitations and Value of a Certain Notorious Test

I have long thought that one of the biggest limitations of US society is that we want things to be simple. We want a single replacement for fossil fuels, and never mind that “fossil fuels” are not themselves a single thing. We want politicians who agree with us completely about everything. And we want a single test to tell us if our movies are feminist are not. Enter the Bechdel Test*.

I can’t imagine that you are unfamiliar with the Bechdel Test and are reading this website anyway, but just in case, here goes. The test, which is based on a comic strip by Alison Bechdel, states that a movie must

It’s a low bar, and the point of the original strip was how few movies manage to clear it. One of the characters says in some irritation that she hasn’t seen a movie since Aliens, where two women talk about an alien monster. (Which is apparently female as well, so it counts on every level.) In the end, the characters go home for popcorn because they cannot find a movie that passes the test.

In the thirty years since the strip first appeared, the test has taken on a life of its own, inspiring further limits and similar tests in other fields. And maybe we don’t need yet another thinkpiece on it, but I promised some friends.

First, let me say that I really hate the added limitation that the characters have to have names, or that they can’t talk about marriage or babies or what have you. To me, half the point of the test is the low bar thing, and making the bar higher misses the point that, seriously, this shouldn’t be rare or difficult. Besides, there are all sorts of legitimate reasons characters don’t get names, and it leads to even tighter restrictions like “the characters must have first names.” Keep it simple; leave it to just the restrictions in the original comic.

But here’s the thing. Figures vary about how many movies out there pass the test, in part because number three is awfully subjective even without saying “but not about [X].” And, of course, there’s the fact that not everyone is playing by the same rules for part one, and some people even have a strict requirement about how much screentime equals a conversation. (Personally, I won’t go below two lines, one from each character, though I’d prefer more.) And, yes, there are some awfully good reasons for a movie to fail. Gravity fails because it only really has two characters for the vast majority of the movie. Fair enough. Still, whatever your standards, it seems quite clear that more movies fail by even the loosest standards simply because they don’t bother to pass than pass without making it deliberate.

I’m not claiming that passing automatically makes a picture feminist, here, even films that pass without trying. No one is ever going to call Bride of the Monster a marvel of feminist cinema, but it still passes. Likewise, films that fail can still be feminist. It goes both ways, and that’s the problem with using a simple tool to do a complicated job. Sometimes, you just can’t.

I’ve heard it argued that the test is really a tool to use on populations of films, that what it really does is show trends. This is probably a fair point. And even there, it can’t tell you anything about the context of those passes and fails. I think we can safely assume that the large numbers of fails don’t have a lot to do with films with only one or two characters, or films set in an all-male environment; no one criticizes The Shawshank Redemption for its failure, for example, because having women in that movie would just be weird. But there aren’t a lot of movies in any given year that take place almost entirely in the confines of a prison.

But the numbers of our current population of film are disheartening. The fine people at FiveThirtyEight have run the numbers, because that’s what they do; films that fail the test tend to have bigger budgets but get worse domestic returns on their investment—and while apparently they do better internationally than domestically, that just means they don’t actually do worse internationally than films that pass. I don’t think we can claim that failing the test costs you money; there’s probably a lot more detail than that. But I think we can agree that the evidence does not suggest that passing the test costs money, either.

As a tool, the test does a single job. It tells you if the representation of women in a film clears a very low bar. Everything else about a film’s relationship to women must be evaluated using other tools. That’s okay; we have other tools available.

*Alison Bechdel herself prefers “Bechdel-Wallace Test,” as the test was originally developed by her friend Liz Wallace, possibly in reference to the Virginia Woolf essay “A Room of One’s Own.” 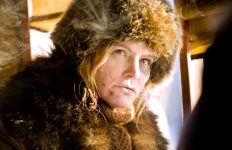 Not/Like Other Girls: A Women’s+ Canon Article by Persia→ 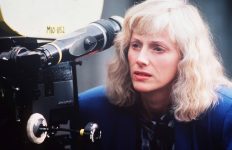