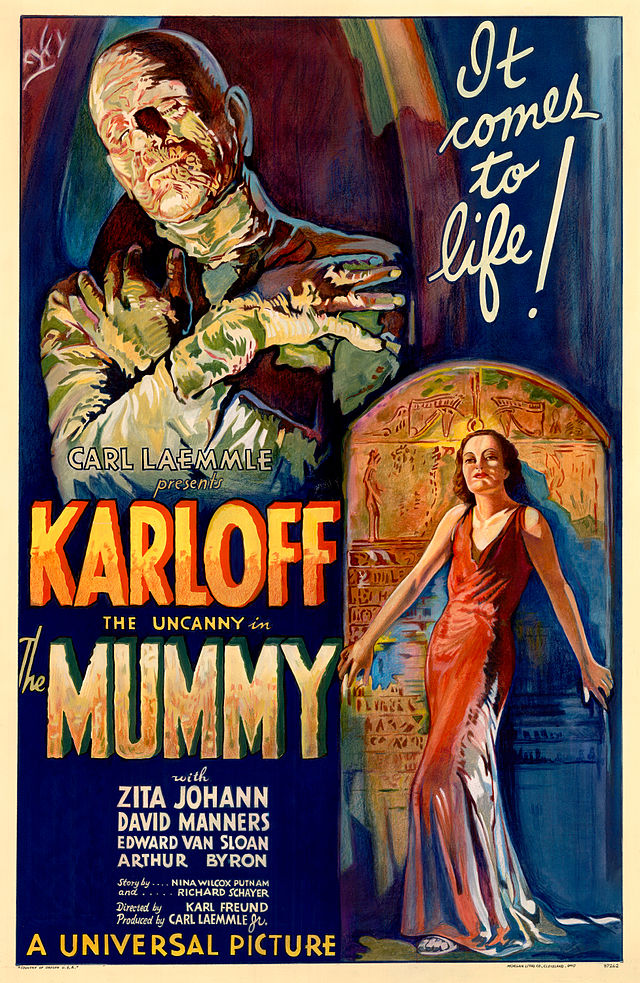 What is it?: An iconic entry in the Universal Monsters series about a mummified Egyptian high priest who returns from the grave.

Who made it?: Beyond being part of one of the classic movie franchises, it’s directed by acclaimed cinematographer Karl Freund, has involvement from two Universal Monsters staples: scriptwriter John L. Balderson and star Boris Karloff.

When The Mummy was released in 1932, the exoticism of Egyptian culture was still a large cultural force. Reaching its peak a decade ago with the opening of King Tut’s tomb, concepts such as the large and mystical Egyptian pantheon, their strange burial rituals, and the frightening idea of the Curse of the Pharaohs had hold on the public mind.

The concept of a mummy come to life was a natural fit for Universal looking to expand their hold on the horror genre that they gained the previous year with the twin hits Frankenstein and Dracula. As such, the film serves as a window into a mindset, a style of filmmaking that fell to the wayside decades ago. At just over seventy minutes the film is lean and efficient. Each scene serves a purpose, giving the film a strong momentum. The emphasis of practical effects through make-up and costuming is also in full effect here as horror standby Boris Karloff spends most of the movie showing off an impressively creepy visage as the resurrected Imhotep.

As was also typical, horror comes less from jump scares or specific moments and more from an encroaching sense of dread. The focus of the film is not Imhotep’s female target, or the dashing man ready to save her (played nicely by Zita Johann and David Manners respectively) but the villain himself. We spend a number of scenes watching him enact his plan to hypnotize Johann’s Helen Grosvenor into accessing her past life as Imhotep’s lover, a priest of Isis.

As the characters are left in the dark as to the reason behind Helen’s strange behavior, such as trying to enter the closed museum where Imhotep is setting up shop for creepy rituals galore, the audience is left in distress as they are unable to prevent the dramatic irony occurring. This becomes even more palpable whenever Imhotep assumes the identity of Ardath Bey, a supposed local assisting Manners’ expedition into Egyptian ruins. The audience is left in position of powerlessness unable to prevent our heroic leads to walking into their doom. Of course, it’s not actually their doom. The film is given a predictably happy ending when Helen is able to access her past life’s connection to Isis and summons her goddess to smite Imhotep once and for all. But there is still a sense of larger powers at work, as it’s not Frank who saves the day, and not really Helen either, but the past life of the priestess that Imhotep has summoned.

The message of the film is clear, there are powers beyond us that we mere humans cannot control, as this conflict plays on a level far beyond mortal ability or comprehension. These themes were typical of contemporary horror, making The Mummy a good sounding board for them.

Though there is not much to recommend to this film on its own merits, as every element from cinematography to acting is very workmanlike (excepting on surreal sequence near the end as a flashback to ancient Egypt), this film is both essential for Golden Age Horror buffs, and a great introduction to those curious about this historical era of filmmaking. Check it out if you can over the next two weeks.

Kevin Koeser is a recent graduate of the film program of St. Mary’s College of Maryland. This is first time writing for a website outside of comment sections.

His favorite films are ones that try to be larger than life, either in outsized action or emotion. Playing it safe or trying to cater to an audience is always a boring decision. 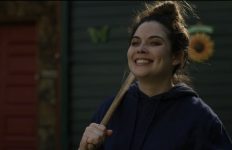