Browse: Home / The Solute Book Club: CITY OF QUARTZ – an Introduction by Son of Griff

Like a lot of people, my interest in History began at the movies.  My interest in L.A. History, more specifically, began when I saw Chinatown on TV around 1977.  That film captured something about the city that defined the region where I grew up like nothing that I’d ever seen before.  Later, I realized that what it captured really wasn’t something palpable about 1938, the year in which it was set, but 1974, the year that it came out.  Its sordid tale of incest and murder, set against the backdrop of the manipulation of L.A.’s water supply, used the past in order to capture the cynicism and disillusionment of the post-Watergate malaise.

Nine years later, I had a similar epiphany with the movie Bladerunner, which keyed into the malaise over the post-Vietnam recession, immigration and police state paranoia to speculate on L.A.’s future.  Both films relied heavily on film noir to evoke the nature of time; its vacillation in backwards and forward ebbs, concurrently blurring and exploiting anxieties in order to explain our origins or to postulate on our fate.  Historians, in these films’ wake, had to grapple with their constructs in order to report the past with any discernable veracity.

Historians usually play the role of debunkers when it comes to discussing how real- life events get depicted in fiction.  Readers and viewers get caught up in the romance of historical narrative only to be instructed that what went down on the page or up on the screen simply wasn’t so.  Few people commented on it at the time, but Mike Davis’ City of Quartz:  Excavating the Future of Los Angeles, tries to debunk the fatalistic romanticism of L.A. while using its modern paranoid iteration to hold the reader’s attention.  It leans into a totalitarian description of the city’s corporatist institutions and culture in arguing how Los Angeles aims to become the capitol of late capitalism.

Quartz is bookended with two studies of possible futures of Los Angeles that didn’t pan out.  The first was an early 20th Century settlement on the northern county desert called Llano Del Rio, a kind of West Coast Brooks Farm that experimented in communal living. Its failure rested not so much on the excesses of its utopian optimism but by conservative criticism and the difficulties of socialists getting credit. The second is the Riverside County city of Fontana, which grew from a community of sleepy citrus ranches into a major steel production center during WWII.  What began as a kind of corporate experiment in corporate welfarism under Henry Kaiser falters as globalization and de-industrialization left nothing but blight in its wake.  Davis’s pessimism about the future seems rooted in the historic failure of Los Angeles to support urban institutions that allow for a humane civic culture to thrive.

In between we get acerbically written (and often funny) chapters on the class interests that define L.A.’s economic foundation and cultural mystique.  Davis vividly lays out the power struggles between Downtown and the West Side developers in their attempts to revive and restore the city’s tarnished reputation.  The suburban interests who draw the city’s stretched resources outwards to the county periphery also get their due.  We also see how the architecture of the developer’s utopia play out as class warfare against the homeless, an issue of increasing relevance today.  The racial antagonism between the L.A.P.D. and Black gangs, and how the federalization of the War on Drugs in the 1980s altered that contentious relationship, is explored in fascinating detail, as is the Catholic Church’s betrayal of its blue-collar Hispanic workers.

Before we get to the chronicle, we get a fascinating survey as to how Los Angeles evolved in the consciousness of its intellectual circles of journalists, writers, artists, and scientists.  As Gillianren pointed out last Wednesday, the collective works of these chatterers invoked a dialectical discussion as to whether Los Angeles represented a path forward for civilization or foretold of its ultimate demise.  As wallflower reminds us in the discussion thread, many, like Steve Erickson, see “sunshine and noir” as inseparably connected, and not a choice between one choice or other.  Coming out under the influence of a neo-noir revival, City of Quartz leans towards the noir end, whereas the science fiction novels of Erickson, Carolyn See, and Kim Stanley Robinson present complex and contradictory scenarios for Southern California’s path forward.

Mike Davis polemical invocations of neo noir imagery often constrict utopian alternatives to late capitalist totality.  The accessibility of framing recent L.A history through what he identifies as the “existentially Marxist” lens of noir lends the book a certain narrative drive, but it also unintentionally exposes how noir inhibits a fuller discussion of the city’s cultural richness and the persistence of resistance.  I will address this in more detail in the discussion essay at the end of the month, and I believe that it should be a topic one thinks about when reading the book.

For the sake of brevity, if one doesn’t have time to read the entirety of this almost 500 page book, I would recommend concentrating on the introduction and the “Sunshine and Noir” chapter, then skip ahead to “Fortress L.A.” and “The Hammer and the Rock”, as these have been the most influential chapters and would probably be of more interest to non-L.A. residents.  I would then jump ahead to the final chapter on Fontana.  This book has played a big part of my intellectual development in local history, and I hope you find it as maddening, funny, and provocative as I have.

The Solute Book Club. Easy to join! Just read City of Quartz: Excavating the Future in Los Angeles by Mike Davis during June and check back at The Solute for a discussion article on July 1. 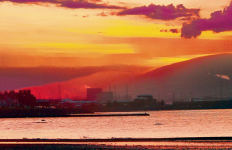 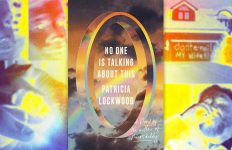