Biopics about creative people have a cliche scene in which we see the moment when the artist was inspired to write their masterpiece, and this is something that’s deservedly mocked as an oversimplification of the process (“Don’t you dare write a song right now, Dewey Cox!”). Paterson is a more accurate presentation of the relationship between the artist and their art by stretching the concept out to two hours, showing the invisible work that goes into creation. I remember the first time I saw it; one of the first things we see in the movie is Paterson coming up with the idea for “Love Poem” as he fumbles with a box of matches, and this trained me to pay attention to everything our poet observed, hoping to see it reflected in his work. This was both a silly mistake and what lead me to the profound truth of the movie, at least when it comes to art: everything an artist experiences and values goes into their art. Paterson and Paterson’s poems convey the same thing – the experience of being Paterson – with the completely contradictory techniques appropriate for their mediums. Paterson conveys the painfully literal details of Paterson’s life – the day-to-day sensations he savours and the problems he has to deal with. Paterson’s poems are abstract and mystical, reporting from another plane of the universe. They convey the same essence and are equally beautiful. It’s always tempting to try and find some simple explanation for good art – if not to try and replicate its success, then to explain why you can’t replicate it (“He’s a great poet because he was given a talent that only comes once in a generation!”). So I’m wary of saying this even as I feel it to be true: a great artist observes and reports their observations, and the greater the clarity of the observation, the better the art.

What struck me about Paterson was how he’s able to take the world for what it is rather than some conception of what it’s supposed to be – contrast with his wife, who sees a man writing beautiful poems and doesn’t understand why he doesn’t even share those poems, let alone try to be famous; contrast their reactions to Marvin chewing up Paterson’s poetry notebook, where he understands that punishing the dog will neither bring back his book nor affect the dog’s morality while she very believes in the spirit of the thing. I notice how often artists started strong and with a wild sense of creativity before running out of things to say; consider John Lennon, whose music never consistently had the same spark after John Lennon/Plastic Ono Band burned a lot of inspiration out of him. His political writing was especially trite, and I suspect that this is because he wouldn’t or couldn’t take in more than a superficial understanding of the information around him and that prevented him from expressing poignant truths, and I suspect a lot of artists reach a point where they either become so successful that creating art is all they know or, worse, they stop feeling the need to take in new information because they feel they know everything they need to know. The great artists are constantly taking in new information and allowing it to change them, and Paterson romanticises that process, showing how wonderful it is to soak up the world around you and transform it into poetry. 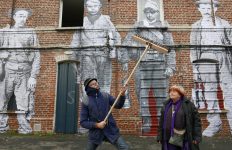 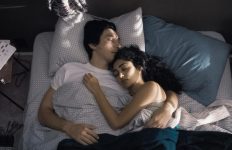 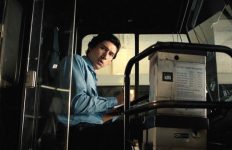