It’s weird to think that I am writing a review on an Oscar winning film that you can’t watch in any official capacity (that is not a black & white film lost to the ages). Its even weirder to think that happened for The Beatles, the biggest band to ever walk the planet. Yet here we are with Let it Be, winner of Best Original Score in 1970 and a film that you can’t watch in any certified quality. Copies exist of course, and the footage of the Rooftop performance has been cleaned and presented for the world to enjoy, but in these unofficial release the footage is rough, unrefined, like we are watching home movie footage as opposed to a screened film.

That helps to make process of finding and watching the film, and the format in which its watched, become part of the experience with the film itself. But it is not as though the intimacy which this creates was an unintended part of the film to begin with. Aside from in studio photography, this is Beatles fans main hub of footage and knowledge when it comes to how the operated inside the studio creating songs. The cameras get close to the performers, in the middle of the spaces they are working, the editing somewhere between cinéma vérité and the first cuts made sporadically on a Steenbeck (I won’t pretend the editing is good, but it is affecting, which in most cases is enough). This wasn’t the typical style of how the band created music, the creation of songs through jams and live performance being Paul’s attempt for the band to get back to where they once belonged. But the result is a combination between in your face and fly on the wall, similar to how the band are from one scene to another in the performance space and traipsing along the sides.

Michael Lindsay-Hogg would years later shoot the TV movie Two of Us in 2001, about a meet up between John and Paul post-Beatles, so its safe to say he has some emotional, long lasting value in the legacy of the Beatles. However, as a result of that tendency to deify there is a certain amount of sycophancy, or at the very least an inability to get to a complete truth (which we will get to), also going on that with just how long we stay with the band when nothing is going on other than the band sitting around that cannot be ignored. Apparently there was once a a 210 minute, Beatles approved version of Let if Be, which would have either been more honest or just unbearable  (thankfully this version is 81 minutes, which is a suitable amount of time to gaze in the studio without our eyes closing).

A big legacy of this movie is in seeing the band arguing and slowly tearing itself apart. Indeed, most boxes and synopsis of the movie will come with that description. But that reputation precede much of the film’s content. Most of that is subtext, whether that be the many scenes in which Paul. will. not. stop. talking – the cutaways showing neither reverence or any irritancy – or shots of Yoko Ono watching over the band in the way that many a Beatles fan would call the beginning of the end of the band (completely unfair and not true by the way; Yoko’s presence in the studio is more a symptom of the band’s tension than a cause). The one scene in the film which truly shows this conflict is near the beginning of Let it Be, where in another Paul monologue about how the band should be playing the song, George snaps and says the most famous line: ”I’ll play whatever you want me to play, or I won’t play at all if you don’t want to me to play. Whatever it is that will please you, I’ll do it.”

When watching the film its hard not to see why George Harrison was particularly down on the film’s release, and as a result of his death why the representative state of his family still veto the film’s official release. At the same time both the director and the Beatle fail to recognise that film does get  much beyond that scene. That incident is small compared to what actually happened in those sessions. We know for example that George Harrison left the band for a period of two weeks, and Eric Clapton was considered to replace him (which, given Eric and George’s personal relationship, probably wouldn’t have happened.) That is the reason why the great Billy Preston came to the studio to help dissolve the tension, but in the documentary that creates a period between the switches between the first melancholic blue room – what a metaphor! – and the more traditional performance space that is missing from the movie, making it lack coherence.

A smaller example comes from what on screen comes across as a very sweet moments, when John and Yoko waltzing around the studio whilst the rest of the band rehearsed “I Me Mine”. In the film this is one of the films most charming highlights, but off-camera John would listen to the song and tell George, sarcastically “We’re a Rock and Roll band!” (I’m willing to give this story a benefit of doubt, since as the creator of “Revolution 9” John Lennon was probably joking about the band’s position at the point rather than George’s song). You could argue that all these cuts are an attempt to get to some Herzogian “ecstatic truth” about the band, a tense but similar unified group of performers, made clear when the band are rehearsing “Octopus’s Garden”, “Maxwell’s Silver Hammer” (Mal is clearly hitting that anvil! Controversy resolved), or the many snippets of songs that either never became fully fleshed thoughts or that we would never hear. But at the same time it creates a muted truth, a weirdly uninteresting truth, one that we could pretty much gather from the album’s themselves.

Speaking of the music, most who watch this film watch it for one main reason: the Rooftop concert, the last time the Beatle would perform together to a crowd as a full, complete band (complete with some amazing organ work by Billy Preston). It is by far the most exciting scenes of the movie, designed very much to be so, as the images of pedestrians looking downwards under bowler hats slowly becomes crowd climbing up to the realisation that its the Goddamn Beatles performing live outside. Years of being a studio band and only the occasional live TV performance certainly have not put a dint on the Beatles’ performing capabilities. In fact, with the experience and maturity of writing that came with that period, they come off even stronger in the small amount of songs they were allowed to play in that time. Between Paul’s impeccable melodic bass playing (particularly on “Get Back”), the interlocking guitar play between John and George, the smooth locked grooves of Ringo Starr, and the encompassing vocals and harmonies of the band as a whole. All of this helps the band transition seamlessly from one melancholic, rocking mood to the other, particularly on my personal favourite song of that period of Beatles and of the documentary, “Don’t Let me Down” (though I would kill to see the footage of them playing “I Want You (She’s So Heavy)” that was apparently cut from the product). It is such a display of energy that even the police seem hesitant to have to shut everything down, ending the concert with the sarcastic line that ends the film and the album: “On behalf of the group and ourselves, I hope we passed the audition.”

I say they did. It makes a perfect end to an imperfect documentary, and the combination of raw talent and cheeky self deprecation that represents just what people like about the Beatles. As a documentary, Let it Be is pretty averagely, sometimes badly, presented. But as a document for a period in the band’s life between collapse and charisma, the vessel for some amazing songs, and of course the rooftop concert, it’s worth a watch.

So there’s my analysis. I hope I passed the exam. 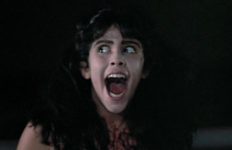 Taco Break: What Makes Something Good?→ 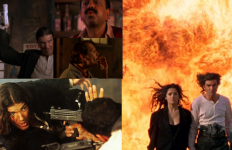 FILM ON THE DISC: DESPERADO→