Browse: Home / What’s Cooler Than Being Cool? The A GIRL WALKS HOME ALONE AT NIGHT Trailer!

Last year Jim Jarmusch brought his laid back stylings to vampires with Only Lovers Left Alive, focusing on the ennui of a handful of immortals who occupy their time with music, literature, and looking absolutely tragic at all times. It was probably the coolest vampire movie in a long time, and if this trailer is any indication it’s going to lose that title very, very quickly.

Anyone who’s been following movie news has probably already heard of A Girl Walks Home Alone At Night, Iran’s only black and white vampire western. The movie wowed at Sundance, while those of us unable to visit festivals could only imagine its awesomeness. Or watch the Sundance teaser trailer but, you know, it was thirty seconds long and only showed a girl and an old man on opposite sides of a street walking alone at night, presumably home.

Well now we no longer have to imagine the awesomeness. A full trailer was released yesterday and it is everything I could have hoped for in a black and white Iranian vampire western and more. The attitude is Pulp Fiction meets High Noon, with gorgeous high contrast photography and some amazing music. It looks hugely entertaining, and if you don’t believe me check out the full-length trailer for yourself.

I don’t know if I’ll ever get a chance to see it in theaters, as so far it’s only scheduled for a limited release in the US on November 21st, but stranger things have happened. Like the very existence of this movie. 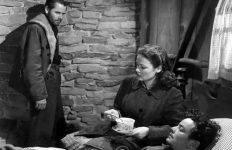 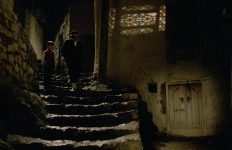 Year of the Month: Arthur Freitas on WHERE IS THE FRIEND’S HOUSE?→ 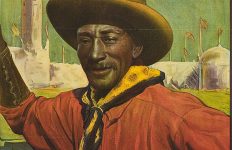