Browse: Home / Why Do We Want DIE HARD To Be A Christmas Movie?

Christmas is over, to begin with – there can be no doubt about that. A few songs linger on the radio, elaborate decorative displays have yet to be taken down, and a lot of drinks are going to taste like cinnamon and pumpkin for a few weeks more, but Christmas 2016 is dead as a doornail. We’re now in that final week of December, more Janus in spirit than the month actually named for the old two-faced god, and its time to review the events and culture of the year past while also looking forward to what is yet to come. So while we’re looking both ways, let us consider that relatively benign, but constant of cultural controversy: Die Hard as a Christmas movie.

It was proposed mostly as a joke before being embraced sincerely, before the backlash, and then the backlash to the backlash, forever trapping the film in an endless ping-pong game of canon warfare. Detractors claim that the tag is merely lazy hipster pseudo-irony and that Die Hard has nothing to say about Christmas. This is worth exploring, though rather than defending the movie’s holiday bonafides, perhaps we should ask why so many people want Die Hard to be a Christmas movie in the first place.

Obviously there’s the visceral kick of its violence and quippy humor, which makes it a fun alternative to more “traditional” fare, though I think there’s something off about that assessment. Leaving out nativity stories (because this conversation is generally centered on secular Christmas movies) we all have the general idea of what a classic Christmas movie is: cheap sentimentality full of artificial cheer and a treacly nod to peace, love, and faith as the “reason for the season.” Yet a quick glance at the canon reveals a greater diversity of tone, mixing in their feel good moments with a wry sense of cynicism. Twenty-four-hour favorite A Christmas Story is a fairly unflinching appraisal of a family struggling with the particularly American expectations for making the perfect holiday, a theme shared by its goofier, meaner cousin National Lampoon’s Christmas Vacation. Miracle on 34th Street is a sharp-witted, genre-bending affair that effortlessly binds satire, romantic comedy, faith parable, and courtroom drama, and Elf is pure, joyful silliness. On top of that, there are holiday staples that have very little to do with Christmas, instead using the holiday to explore themes of love, redemption, and family. White Christmas is showbiz musical, Christmas In Connecticut is an assumed identity farce, even It’s A Wonderful Life actually falls into this category, with Christmas only really entering the film in its final third, and largely acting as juxtaposition for the worst day of a man’s life, followed by an ironic backdrop for a nightmare What If? scenario. Even that famous final scene is more community than Christmas.

Then there’s the Dickens favorite, A Christmas Carol, which were it not for the title might be subject to the old “just became it takes place at Christmas doesn’t make it a Christmas story” dodge. After all, Scrooge doesn’t change his ways because of anything related to Christmas, he decides to become a better man because seeing the consequences of his selfishness terrifies him. And yet the story undeniably belongs at Christmas, because it’s the end of the year, a time of accounting for the past year’s behavior. Every culture had their own mythological figure who judged and punished people who didn’t measure up. There is the pre-Christian figure of Perchta (or Berchta), also known as The Belly-Slitter, who would reward the good and kill the wicked, slicing open their stomach, removing the intestines, and filling the cavity with garbage, straw, and rocks. Norse mythology has Gryla, a giantess who has the power to locate misbehaving children and eat them. Then there are straight punishers, like the Krampus and Belsnickel, both of whom whip children indiscriminately with switches. Knowing this, it makes a lot of sense why horror cinema and Christmas have always gotten along so famously, and why movies like Silent Night, Deadly Night and Christmas Evil have a penchant for turning Santa Claus into a serial killer; they’re just tracing the commercialized figure back to darker roots.

That’s not even getting into the majority of the other “alternative” holiday movies, like Gremlins, Trading Places, Bad Santa, Tangerine, Batman Returns, Kiss Kiss Bang Bang, most of Shane Black’s oeuvre, and half a million others I’m not thinking of. There are a wide variety of options to choose from, so why do people keep coming back to Die Hard? I think it’s because, despite a lot of foul language and some brief nudity, it’s ultimately one of the tamer “alternative” Christmas movies, something you can watch with your family without feeling too weird about the content. (This, of course, depends on the parents.) I can understand people who feel like Die Hard as a Christmas movie is a cliché at this point, or a joke that isn’t funny anymore, and I don’t expect to change anyone’s mind. Just celebrate the spectrum and let people enjoy what they want, because movies are valuable. Even the ones we don’t like bring joy to someone, and who are we to judge them? That’s The Belly-Slitter’s job, and she is very territorial. 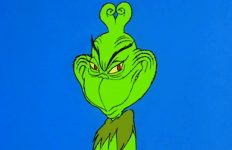 Year of the Month 1966: HOW THE GRINCH STOLE CHRISTMAS→ 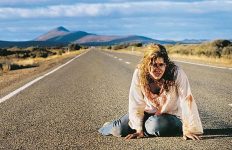 What the F? Babalugats on WOLF CREEK→