This Week You Will Get a Funny Feeling About:

It isn’t strange that scb0212 and Miller have once again earned our thanks for contributing. Send articles throughout the next week to ploughmanplods [at] gmail, post articles from the past week below for discussion, and Have a Happy Friday!

The buzz on the new movie Men is that it’s another visceral experience – and possibly an even stranger one – from Alex Garland. David Sims talks to the director and discusses the film at The Atlantic:

Alex Garland has never shied away from unusual endings. His 2018 sci-fi film, Annihilation, adapted a mind-bending best seller and put a poetic spin on its final showdown, in which Natalie Portman performs a balletic fight with an alien copy of herself. Then he made the TV show Devs, an inscrutable tech thriller whose conclusion unfolded over multiple parallel universes. So it’s quite telling that the writer-director seems nervous about the last act of his new horror film, Men, which will be released in theaters next week. “Sometimes I think, Oh God, I dug myself in some weird conceit hole,” Garland told me. But he added that, as a storyteller, he felt an obligation to push boundaries: “I get scared of not taking the chance that someone else is giving you, you know?”

And on that subject, Amos Barshad takes to Wired and argues for a reconsideration of a bomb that got finished under Garland’s watch – 2012’s Dredd:

The plot is happily bare-bones: In a crumbling world, Dredd is a Judge—effectively a state-sanctioned vigilante. On a ride-along with a psychic mutant rookie Judge (played by Olivia Thirlby), he’s trapped in a massive residential tower block by a crew called the Ma Ma Clan. In order to survive, the Judges have to kill pretty much everybody: The violence starts right away, and it never, ever stops. Brains are smashed, heads are melted, bullets zing through cheeks. Blood and guts and body bits splatter wondrously, kaleidoscopically. In interviews, Garland said he was inspired by the high-speed photography of nature documentaries: “Can you make violence into something which is purely aesthetic? Can it be so abstract that it becomes genuinely beautiful?” I say this with all sincerity: You can really tell this violence was created by someone who cared.

Vadim Rizov examines the pull and pushback of nostalgia in Richard Linklater’s Apollo 10 1/2 for Jambys:

I’ve seen Dazed and Confused easily a dozen-plus times over the last 20 years and what increasingly pops out is its unfazed everyday violence, with paddle-whoppings and corporal punishment unofficially sanctioned by the school and community as a normalized rite of passage. It represents a conspicuous puncture of the movie’s good vibes; Apollo 10 1/2 locates their origins in the teacher-/administration beatings dispensed as part of Linklater’s childhood. Likewise, the conspiratorial/paranoid libertarian voices lurking troublesomely in the margins of Slacker, Waking Life and A Scanner Darkly (the latter with their twin Alex Jones cameos, no less) reveal themselves as Texas successors to Linklater’s aunt, who regularly came over to scare the kids with dark fantasies of population explosion and mass death.

Thus I see no discrepancy, only honesty, in the festival premiering Tom Cruise’s Top Gun: Maverick, a long-delayed release of a movie shot so long ago it may appear as a fantasy film for an entirely unintended reason, proposing a world without the Ukrainian invasion or global pandemic. Yet here is a film no doubt exemplifying not just bombastic money spent in order to vacuum up even more money, but also heaps of dollars thrown at cinematic spectacle. In this way, Cannes in its second pandemic iteration (the 2020 festival was canceled) is underscoring the joy of returning to theaters, whether it be to see Tom Cruise towering over you or be confronted with Ruben Östlund’s no-doubt darkly satiric follow-up to his Palme d’Or-winning The Square. (If only the festival had taken things to the extreme and placed Cruise as the head of the competition jury, instead of French actor Vincent Lindon!) On the Hollywood end of cinema—admittedly not why I’m here; count me eager for films by Denis, Cronenberg, Skolimowski, Reichardt, and The Fits makers Saela Davis and Anna Rose Holmer—I myself am more excited for a new James Gray film, as well as George Miller’s return to the Croisette. Three Thousand Years of Longing, a mysterious production starring Idris Elba and Tilda Swinton and showing out of competition, is Miller’s first film after he knocked everyone’s socks off here years back with Mad Max: Fury Road.

At The New Yorker, Mark Rozzo discusses the Dennis Hopper photo that captured Los Angeles in the time leading up to its New Hollywood revolution:

“Double Standard” was taken between the fall of 1963 and the late summer of 1964. It is also perhaps not as celebratory as viewers presume it to be. “This city is not very visual to me,” Hopper once said. “I have a hard time with that in Los Angeles. I don’t find it particularly attractive.” Yet he was fascinated by the city’s roadways and their relentless procession of billboards, L.A.’s indigenous folk art. “To deprive the city of them,” the British architectural historian Reyner Banham wrote, “would be like depriving San Gimignano of its towers or the City of London of its Wren steeples.” When Warhol came to L.A. for the first time, in September of 1963 (to open a Ferus show and be fêted by Hopper and Hayward), he cruised into town along Sunset Boulevard, which was lined with Foster & Kleiser billboards. Taking stock of his surroundings, Warhol said, “Oh, this is America!” Viewers of “Double Standard” tend to have that same feeling.

And for Gawker, Fran Hoepfner defends Kelly Reichardt from the RateMyProfessor mewlings:

“Kelly told me to my face not to be a filmmaker. I was 18 years old, and it was the first film class I ever took.” There’s nothing wrong with telling an 18-year-old, let alone an 18-year-old at Bard, that they shouldn’t do something. People should do it more, not less.

“Never helps, refuses to see students out of class.” Has it occurred to the students of Bard that perhaps Kelly was busy working on a lush, affirming story about the perils of capitalism in America called First Cow?

“Kelly loves calling out filmmakers on being cliché.” Sounds like the kind of thing we should all be so lucky to be privy to. 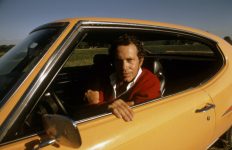 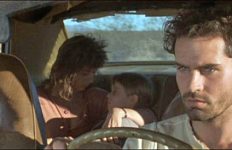 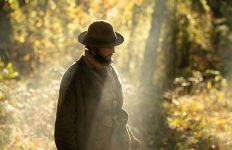