Steven Soderbergh triumphantly returned from two separate retirements in 2016. The first was his retirement from directing features, and the second was his less formal retirement from doing audio commentaries. He was the king of the format for about ten glorious years, but he hadn’t done one since The Informant! in 2009 when Arrow Video got him in the booth for their Blu-Ray of Suture, the oddball neo-noir Soderbergh produced in 1993. Now, three years later, Criterion has gotten him to do a commentary for another one of his 90s productions, Greg Mottola’s The Daytrippers. And now, as an attempt to wash (heh) the taste of The Laundromat out of my mouth, I present:

– Soderbergh became aware of Mottola through his producer on sex, lies, and videotape, Nancy Tenenbaum, who had seen one of Mottola’s shorts. Mottola and Soderbergh talked at some point between sex, lies‘ Sundance premiere and its general release, and finally met in person while Soderbergh was filming Kafka. Mottola is quick to point out that Soderbergh still had a full head of hair then (this is a low blow, since Mottola is the only man in Hollywood balder than Soderbergh).

– The Daytrippers came out of Mottola almost making a film called Lush Life, with Campbell Scott, as his first feature. That film required a higher budget than many would be likely to give a first-time director, and Mottola believes that Soderbergh was the one to suggest to write something that could be made cheaply. He still hasn’t made Lush Life, but he’s trying to get it off the ground even to this day.

– On the first day of filming Daytrippers, all the camera gear got stolen (they put the gear in the back of a truck and when the truck arrived to the destination, the gear was gone). They were lucky enough to find another Super16 camera on the day and got the day’s shooting done in two hours. Mottola recalls thinking on the day after, “Well, I’ll never do this again.”

– Mottola got almost everybody in the (starry) cast because he knew somebody who knew somebody. Hope Davis was a friend of a friend who had worked with Campbell Scott on a few plays, and Davis introduced him to Stanley Tucci. Marcia Gay Harden was another friend of a friend. Mottola was friends with Richard Linklater’s then-girlfriend, who was shooting behind the scenes material for Dazed and Confused and told him to hire Parker Posey. Posey had just shot Party Girl with Liev Schreiber, and told Mottola to hire him.

– On low-budget filmmaking, Mottola sez “you have to pick your battles with what you want the most,” and what Mottola really wanted right was the acting.

– Daytrippers was shot in 16 days. Again, one of those days was two hours of shooting and the remainder was searching last-minute for new equipment.

– Pat McNamara (who plays the dad) was almost always driving the car for the (many) scenes set in his character’s station wagon. Mottola noted that it was helpful to actually put the actors in a “tense situation where they feared for their lives.”

– The score was inspired by “Sombolero,” a jazz piece from Black Orpheus composer Luiz Bonfa.

– Presenting this comment from Mottola without further explanation: “I discovered that day that Hope Davis is an amazing looper.”

– Soderbergh says that cameras getting smaller means that shooting scenes in cars “isn’t as bad as it used to be. But it’s still terrible.” He didn’t have enough experience shooting car stuff at the time of Daytrippers‘ production to warn Mottola off setting so much of the movie in a car.

– Mottola on putting his friends in the movie: “Anyone who was willing to show up that day would be in the movie.”

– Soderbergh recalls seeing The Gods Must Be Crazy and thinking, “If they had ten more cents to make this thing, it wouldn’t be as good.”

– Mottola on the extent of the lunches served during Daytrippers‘ production: “My mom made baked ziti a couple of times.”

– Steven Soderbergh on Liev Schreiber’s hair: “It’s a national treasure, and it continues to be.”

– Soderbergh takes the opportunity of this commentary to explain why his watches rough cuts of his movies the minute they stop shooting. He knows that the most galling problems in a movie are usually on macro, not micro, levels (movies that are well-cut on a scene-to-scene basis but dysfunctional on the whole), so seeing it in its entirety as early as possible gives him a good sense of how the whole fits together before he makes changes to individual scenes. This commentary coming on the heels of The Laundromat, a movie that’s up to Soderbergh’s general technical standards in individual chunks but a mess viewed in its entirety, both proves his overall point right and suggests that he might’ve wanted to watch a few more cuts of that film.

– Soderbergh likes to build small breaks into the filming of his movies so he can take some time to get his head together on the project.

– Soderbergh stopped writing partially because it’s “excruciating and lonely” and also because he couldn’t help but write characters who sound like him (that’s actually what makes his Solaris masterful, because it’s a conversation between broken, sad Soderbergh and the restrained professional Soderbergh, but that’s a conversation for another day). Mottola, in contrast, likes to base his characters on people he knows.

– Mottola went to a test screening with Superbad with his mom. “She laughed at a few dirty jokes I didn’t expect her to, so that was eye-opening.”

– The characters in Adventureland always wearing the same shirts made it very easy for Mottola and McCabe to rearrange and cut scenes.

– Soderbergh dreads filming group eating scenes the most of anything.

– The post-production of Daytrippers coincided with Soderbergh filming Schizopolis.

– McCabe carried the negative (not even a 35 blow-up, the original Super16) with her on a plane to show it to Fox (not even Fox Searchlight). While Fox wasn’t interested, at least McCabe didn’t lose the negative like she feared she would.

– Miramax was initially interested in distributing Daytrippers, but Soderbergh got to witness the deal go south in real-time during a phone call with “Harvey”.

– Daytrippers had a “fairly notorious” first screening at Slamdance, after it got rejected by Sundance. It was Slamdance’s first year, the projectors were in the audience, and there was one small speaker at the front to play the audio over the considerable projector noise. One of the projectors broke, and they had to play the movie one reel at a time between the two projectors. “At one point, Steven somehow got his hands on some vodka and we started drinking.” They got lucky that the audience was sympathetic and applauded every reel change.

– Mottola’s parents make an appearance in a party scene. He sez “I thought if I stick them in the movie, they can’t be quite as mad at me for having written it in the first place.”

– Mottola owes the rest of his career to Judd Apatow, who was a Daytrippers fan and asked him to direct some episodes of Undeclared during a time when he couldn’t get his second feature made. After working in TV for many years (including directing some Arrested Development episodes), Apatow finally gave him a follow-up by offering him Superbad.

– Mottola is currently attached to a mafia film written by Terence Winter.

– Soderbergh hasn’t encountered directorial choices written into the scripts he reads in a long while, he believes because writers have found a way to convey a scene without needing to lay out cinematic specifics. He cites Eric Red’s script for The Hitcher as a great example of a cinematic script that doesn’t shackle the director to specific camera movements and visual tricks.

– Presenting this comment from Soderbergh without further explanation: “KL5. We’ve all had to do it.”

– Mottola on shooting the film handheld: “It was a choice. Kind of.”

– The final confrontation between Davis and Tucci was shot in a hail storm, and they had to put an abominably noisy plastic tarp above them. They were lucky enough to not have to ADR the scene, just manually editing out the hail noise.

– “I never really had any conversations with my parents about the relationships I was in.” -Steven Soderbergh, the luckiest man in the world

– As a teen, Mottola knew his mom was nosing into his diary, so he wrote fake, increasingly absurd diary entries about his friends using drugs and seeing aliens for her to read.

– Soderbergh doesn’t like shooting party sequences because his dream situation is not being around a lot of people. He notes that Robert Altman and Federico Fellini excelled at those sequences because they were a lot more social.

– Soderbergh believes that all stories are ultimately about betrayal, whether of an ideal or a person.

– Daytrippers was almost named A Family Affair. Soderbergh “was going to self-harm” if Mottola named it that.

– Soderbergh also threatened to take his name off the movie if Mottola and McCabe didn’t cut a wide shot, because it was too arty for the rest of the film.

– Soderbergh finds editing the most fun part of filmmaking because it both teaches him new tricks and throws old tricks out the window.

– When showing the movie to some sound technicians, Mottola recalls one of them saying upon it ending, “I liked it. I can’t wait to see the last reel.”

– Soderbergh believes that people can sniff out, even on the most subconscious, inarticulable level, when a movie was made for cynical reasons, but they want to believe that everybody on a film was there for the right reasons.

– Mottola named his production company for the film “Fiasco Photoplays.” He admits that this was a serious tempting of fate.

– James L. Brooks read the script and called Mottola two days before filming started. He offered to produce the film, but only if it Mottola would stop production then and there, and make it on a studio level for slightly more money than its $50,000 budget. Mottola decided to make the film independently, and Brooks cut him a check for an extra $10,000. When he found out he had to sign the check to a company called Fiasco, he said “Well, that’s not your best writing.”

Final Thoughts: The Laundromat may have been a bitter let-down, but this is a prime-cut Soderbergh commentary. He remains as good as or better than any professional interviewer at drawing out interesting stories and observations from his guests, and he has his own wealth of amusing anecdotes and theories to share about practically any subject. If he ever decides to retire for real, the least he can do is host an interview podcast full-time.

Up Next: Can Meryl and Soderbergh do better on a second go-around? Will Lucas Hedges cement his place as “better than Timothee Chalamet” by working with our finest living director? Will I ask for an HBO Max subscription as a gift? All these questions and more will likely be answered with “yes” when I cover Let Them All Talk next year. 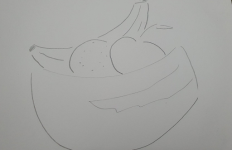