Every once in a while, every critic gets asked why they don’t [thing they do criticism about] if they know so much about it. I’m sure Roger Ebert got it, which is an odd thing to say to someone who actually has three produced screenplays to their credit, but I suspect most people don’t know that. At best, they know about one. But even leaving that aside, you know, you don’t have to be able to do something yourself to know when it’s been done badly. I’ve heard an awful lot of metaphors, and there are an awful lot more out there. Do you have to be able to build a house to know when one’s falling apart? Do you have to have gone to medical school to know when a doctor has amputated the wrong leg?

Okay, so it’s more subtle than that. But let’s extend the medical metaphor for a moment here. I have not been to medical school. I haven’t even gone to grad school, much less completed any sort of formal degree in medicine or mental health care. That means I cannot prescribe medicine, and it means there’s a lot I don’t know about how the brain works and how bodies respond to chemicals and things like that. On the other hand, I know that the tic I’m developing in my right eyelid is a pretty strong indicator that the medicine I’m currently on does not work for me. Indeed, the only person who can say for sure that a medicine is working for me is me.

After all, we’re pretty much all agreed that film is subjective. Even I, who have long believed that there really is such thing as an objectively bad film, freely admit that it’s still possible to actually like that objectively bad film anyway. And that you’re not wrong to do so if that’s what works for you, because taste is individual, and if you like movies so poorly lit that you can’t see them, well, hey. You do you.

What I believe a good film critic can do is both see the objective parts—can you see what’s going on, can you hear what’s going on, does the film style make you physically ill, and so forth—and acknowledge the subjective ones. Crucially, you don’t actually have to be able to do better to be able to do those two things. Oh, there are movies I’ve seen where I’ve been confident I could do better, given the budget and so forth. Sometimes, I’m not even sure it’s difficult to do better. These are generally extremely low budget movies where I probably could afford to make them myself, given a little concerted effort and some friends willing to go in on it with me.

Mostly, I think that’s what binds critics to the artform they criticize. I believe they mostly love it. I believe there are exceptions, goodness knows, and I believe it becomes obvious from their writing when they’re the exception. But I don’t think you go into a field out of hatred. Movie critics don’t say bad things about movies because they don’t like movies. They say bad things about movies because they do, and that movie isn’t as good as they believe movies can be. I’ll be the first to admit that it’s more fun to write a really scathing review of something than a glowing one. On the other hand, it’s more fun to share the good movie than the bad one.

Help me share more movies and things with all of you; consider supporting my Patreon! 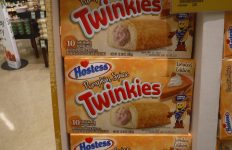