Browse: Home / IMAX CEO says “grim” is out and “franchises” are in

Much like Kevin Koeser said in our Best of Summer list, IMAX CEO Greg Foster says that the audiences are tired of grim and dreary, and that the dour is dragging down the box office. The movies that worked at the box office “have a little bit of a twinkle in their eye” and also a “mischievous streak.”

Foster particularly notes Guardians of the Galaxy as a shining example, especially since it is the first movie to cross $300m domestic this year. Foster also noted that this year’s tentpoles were piled on top of each other by commenting (with a bit of hope) that next year’s tentpoles will be spaced out better instead of week after week followed by weeks of nothing.

However, Foster fails to note that three of this year’s top 5 performers so far – The Lego Movie, Maleficent, and Guardians of the Galaxy – are neither a sequel nor are a remake. He marvels aloud, “When you have an Avengers, a Star Wars, a Bond, another Marvel title in Ant-Man, a [Peter] Pan, Terminator and Fast and Furious 7 in one year, that’s unbelievable,” obviously not referring to the sheer number of sequel and remake tentpoles that Hollywood can cram in a single year. 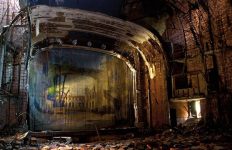 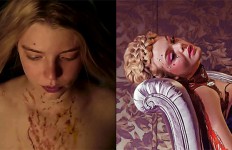