Each year, I have a little less commentary to add to my personal canon, if only because I have less to say about the concept in general. I am very pleased that it does expand, even if a little, each year beyond thinking over old classics I’ve seen years ago that actually do deserve to be on there (like Suspiria). I am amused that, after acknowledging the whiteness of my list the very first year, the main contributions to it – the works that most profoundly affected me – are Asian works; not through any conscious exploration of Asian pop culture (they way I’ve kind of self-consciously dived into rap and hip-hop this year), but because they happened to come to me at this time, when I’m in this mood. Everything Everywhere All At Once is hardly a surprise, hitting the same geek mystic vibe as Kill Bill, the collective works of Dan Harmon, The Venture Brothers, Shortpacked!, and so on and so forth. The Way Of The Samurai is a strange one; found through a movie in which a white man does a character study of a black man steeped in African-American culture and a single Japanese book. Part of the reason I’m less worried about being unoriginal and less insecure about being the guy to say things these days is that sometimes you need to hear things worded in a specific way by a specific person in order to understand them.

It’s A Man With No Talents that’s the surprise discovery of this year, and I feel like it fell out of a portal in the sky just for me. Depending on your point of view, it’s either rocked my thinking or solidified what I already believe (most likely the latter). First of all, it’s an achingly beautiful and human description of people who are normally considered in an inhuman way. Secondly, that Oyama should produce exactly one beautiful work in his lifetime and then disappear forever is a beautiful idea to me. That a man could, by his own admission, contribute absolutely nothing to the world aside from this one book – to deliberately cut himself off for the world after producing it – is a moving one. It’s as if it justifies the shitty life he led and the arguably selfish/bizarre choices he made – all of it just to produce one slim book.

Which is connected to the third fact. One of his points that has thoroughly stuck with me is his notion that, if a ten is the absolute happiest any human being can be, some people are limited by their circumstances and their temperament to more humble levels of happiness – a five, a two, a one point three. He diagnoses himself with mild depression, and I would go a step further and suggest he may have had some form of autism or ADHD (particularly in that he probably had rejection sensitive dysphoria), and he remarks that if he had been born any earlier, he would have probably been shut up in a mental home all his life as opposed to the relative levels of freedom and comfort he enjoyed; the book itself was written when he had saved up enough to enjoy going without work for a while. He does observe that, of course, all people tend to reflect on their lives around fifty and try to find some kind of peace with their lives, but he concludes that, given the poor levels of talent he was born with, the self-destructive temperament, and the options he had in the society he was born in, he has made the choices that let him find that maximum level of happiness. It might have been less than others get, but it’s the best he could get.

Obviously, this had an effect on my personal happiness. I can see a lot of my own eccentricities in Mr Oyama and be satisfied that not only do I benefit from an even more technologically advanced society than he, I started working on and publishing our shared truest talent much earlier in my life. I can see where he went much further than I ever have; he has made a liar out of all of us who ever said they hate people, because he hated people so much that he dropped out of society* – first as much as he could, then entirely when given the seemingly infinite amount of prize money he won from publishing the book. More importantly, I can see how my own choices have gradually pushed me towards the happiest I can be, considering what I want, what I’ve had, and the specific obstacles I’ve faced. My life may be far from perfect, but it’s been one of steady forward movement.

*Of course, I’m only thirty-two and he dropped out at forty. We’ll see if I see his point of view better in eight years.

Most important of all, I find myself more forgiving and tolerant of other people by applying this perspective to them. The world is not a very pleasant place, and I think HP Lovecraft got it perfectly reversed – the horror of life comes not from the horror we can’t imagine, but from the utopias we can. I know that if I have a tragic flaw – one that has lead to triumph and ruin in my life – it’s the ability to imagine happier versions of people; to see choices they could make that would make not just them but the people around them happier – the compromises people could make that would benefit them enormously. A Man With No Talents throws the arrogance of this assumption in my face; very few people might have the self-awareness that I admire so strongly in Oyama, but they are still inexorably drawn to their own happiness, and where you are right now, at this very moment, is the happiest you could be. It might be a moment that’s limited by your abilities, your finances, your history, and even your own ego but it’s yours, damn it. Now I look at people and I’m awed at how they scrounged up the most happiness they could out of the garbage wreck they’re forced to live in.

It moves me that I can still find things that have such a profound effect on me at thirty-two. I kind of thought that when I wrote up my first Personal Canon, that was gonna be it – that I’d seen and read and played and listened to all my formative works and everything else will either bore me or feel like a riff on something I already like and I’d see very few new works added to it. Nothing banal quite horrifies me like the notion that people’s taste in music freezes at twenty-seven, and nothing Bob Dylan does comforts me like him still moving through music at the age of eighty-one. I’m thankful that I haven’t felt that there are no more inventors in a long time, and even moreso that I get to feel like I’m carefully, fitfully becoming one of them. 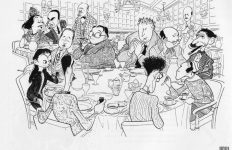 Fuck the Canon: An Intersectional Femivision Article by Persia→ 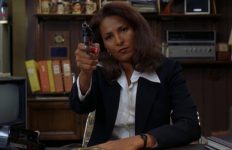 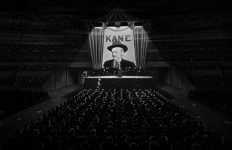 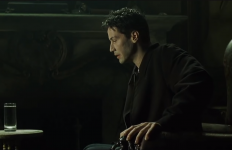