As happens more often than I’d really like to admit, I’m writing this the morning it’s due. And this time, you can tell, because I am writing this after the Library of Congress has released this year’s inductees into the National Film Registry. And a lot of people I know are talking about how Gaslight is on the list this year, and goodness knows that’s a notable inclusion that may well be seen as being pointed at the current administration—which is notably not kind to the Library of Congress—but I don’t think it’s the only one on the list that could be seen that way. Just the most obvious of an impressive list. Several of which, like Amadeus, I honestly thought were already in the registry despite having looked up the whole list multiple times for other articles.

But, yes, even Amadeus. Because Amadeus is, after all, about someone who spends all his time knowing he’s disliked and doing a lot of things to get back at someone everyone—in his belief, even God—likes better despite the guy’s not having anything other than raw musical talent that makes him deserving of that love. It’s subtle, but it’s not impossible to see Salieri-in-the-movie (there are lots of differences between him and the real Salieri) as a parallel to the current administration, especially that bit at the end where he’s absolving all the madmen. It’s a bit of a stretch, but it didn’t take much thought to see it.

You want something more obvious but not actually Gaslight? Okay. Let’s go for Coal Miner’s Daughter, a film about Loretta Lynn that also talks about the very real struggles of coal country that are not being helped by anything that’s currently being claimed to help them. What about Boys Don’t Cry or Before Stonewall, the significance of which I don’t, I suspect, have to explain? Body and Soul is a Paul Robeson movie about a grifting preacher who drags a good woman down to sin. Employees’ Entrance has Loretta Young menaced at work by a (male, of course) supervisor. Zoot Suit is about Mexican-Americans railroaded as criminals because of their ethnicity and clothing choices. A New Leaf is about a man who decides it’s better to marry for money and murder his wife than change his actions and attitudes.

Okay, so let’s look at this year’s nonfiction choices—which include “I Am Somebody,” about some 400 women striking in Charleston, South Carolina, who met up with resistance up to and including the National Guard. George Washington Carver at Tuskegee Institute, rare colour footage of a black man who overcame a great deal to shape agricultural science in the US. Footage from 1903 of emigrants arriving at Ellis Island. I’m not sure I’ve ever seen The Last Waltz, so I can’t tie that one in; perhaps it’s completely to do with someone’s being a fan of The Band? But there’s also Fog of War, so yeah.

Purple Rain and She’s Gotta Have It and Real Women Have Curves are all about minority cultures—and let’s be real; Purple Rain is also about the abuse and mistreatment of women, even by Our Ostensible Hero. (I don’t really like the movie much.) The Phenix City Story is about rooting out corruption. Becky Sharp is about a social climber who doesn’t fool anyone. Platoon is, well, Platoon. And it doesn’t take much stretching to look at the slackers of Clerks as people who should just do their freakin’ jobs. I’m not sure how “My Name is Oona” and Girlfriends tie in, but even the Disney! Old Yeller points out that sometimes, you have to put the dog down even if you love it, and in Sleeping Beauty, the Sword of Truth flies swift and sure that evil die and good endure.

Once again, I have done research, if only on the plots of movies I didn’t recognize; reward me for that sort of thing by contributing to my Patreon or Ko-fi! 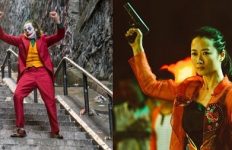 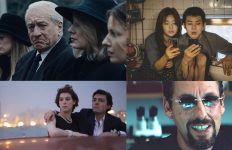