I wonder what the people of 1994 would think if I told them I think this is a really smart action film compared to even your better blockbuster action film today. It’s not on the level of Die Hard, which it’s clearly influenced by (director Jan de Bont being cinematographer of that film), and in most ways it’s not trying to be, eschewing its gritty realism for bigger effects – according to all known laws of aviation, there is no way a bus should be able to fly. It also falls shorter on a story level, with most people I’ve met agreeing that the energy of the film dies when the bus explodes, and yet it goes for another twenty minutes. It reminds me of Quentin Tarantino quoting Roger Corman (“When the monster dies, the movie is over! Don’t piss away the energy!”). But for the most part, it’s a no-holds-barred adrenaline-filled thrillride where the hero presumably incurs a considerable amount of paperwork, and what fascinates me is how much it manages to hold back. There’s a guy I know and hate, and one of the many reasons I hate him is that he’s never had a thought he didn’t express, and that’s a fairly common Bad Script Problem – feeling the need to have characters say all relevant exposition out loud. De Bont is confident having the images and especially the editing carry that work. A character looks at something, we cut to a closeup, we cut back to the character thinking, and we grasp there’s some kind of cause-and-effect about to go on even if we don’t know what that is.

Speed is a dramatically constructed film, each beat driven by causality, and rather than try and impress the viewer with every bit of trivia it knows, it uses one piece of trivia to solve the problem right in front of it, trivia that’s clearly connected to the particular problem right in front of it – he hero can use the particular construction of elevators to save the hostage in the opening scene. This clean efficiency extends outward to encompass all elements of the film. The flaw with many, many bad stories is the writer not using their full intelligence for all the characters – usually, making the villains idiots that the heroes easily humiliate, but also making characters outside the major players into dull-eyed blank slates watching events unfold out of their control. Dennis Hopper’s villain is a rational actor, at least within the confines of an absurd action movie, and the conflict between good guy and bad guy is a genuine back-and-forth where one keeps triumphing over the other for a short time – even the major game-changing slip that gives away the camera is an understandable slip of the tongue. This extends outwards; the other cops aren’t dumber than the hero, they’re just lacking all the facts and his willingness to do death-defying stunts, and one of the major turns in the movie is when the other cops realise what’s going on and provide the bus with an escort. Move on even further outward, and even the characters that are effectively MacGuffins are functional.

Trivia-driven hypercompetence porn like this tends to get a kick out of giving its characters Quirks, and this movie delivers that pleasure without belabouring it. Alan Ruck plays an annoying tourist, and he annoys the heroine when he meets her, takes photos at funny times, quips “I already seen the airport,” and says “I’m not supposed to be here,” at the Shit Got Real point, and that’s about it. None of this feels like him saying “By the way, I’m the Annoying Tourist Comedic Relief.” Lots of stories shoot for the idea of a group of people coming together in a crisis, and this movie sells that kind of connection brilliantly, as they all build up a chemistry (favourite moment along these lines: “You’re not too bright, but you got some big, round, hairy cajones, man!” / “That’s… very gross, Ortiz.”). Just like the exposition, the film conveys Quirk in the imagery; there’s the great moment where the bus hits a pram full of cans, but I’ve always loved the moment where the sheet of paper saying ‘BOMB ON BUS’ hits the window and the bus driver’s heart stops. These are moments that are uncanny and memorable but also push the story forward. Hell, I would argue that famous trailer-friendly high concept is a single, brilliant moment of inspiration that the story makes work dramatically; Babalugats‘ “What The F?” series is littered with movies that had or stole one brilliant idea and had absolutely nothing to back it up. This could have been one of them, and it wasn’t. 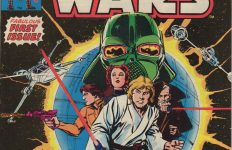 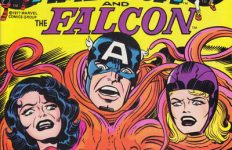 Flashback Comics Rack: Highlights of May 1977→