I have such a hard time with Roman Polanski. On the one hand, I have a lot of sympathy for the things that happened to him up until about 1969. Holocaust survivor. Escaped Communism. Murdered wife. That whole thing. It’s pretty awful, and I find it interesting sometimes to contemplate the future he might have had if Manson had just sent his followers to another house. It’s also true that I do not always find his films all that good. I turned off Carnage I think before we even hit the halfway point. I am also hugely uncomfortable with the fact that he apparently directed a short called “Cinéma Erotique,” all things considered. It’s also kind of surprising that no one said, “Hey, Roman, have you thought about calling it literally anything else?” But still, I do watch Roman Polanski movies, even if it’s so I can feel guilty about it afterward. But I would like to definitively call this the worst Roman Polanski I’ve actually watched all the way through.

Dean Corso (Johnny Depp) is hired by Boris Balkan (Frank Langella) to authenticate a book that he has bought. Tradition tends to hold that one authenticates books before purchase, but whatever. Corso has something of a sleazy reputation among book dealers; we first see him swooping in after an old man (Jacques Dacqmine) I guess has a stroke. The family is trying to get a quick buck, and Corso offers them either $15,000 in maybe a couple of months or $4000 right now for a book that may well be worth considerably more than either. Anyway, the book Balkan wants him to authenticate is called The Ninth Gate and is about [insert Satanic rigamarole here]. This ends up with Corso going all around Europe, examining copies owned by other people. He meets a girl (Emmanuelle Seigner) who never gets a name or a history or anything, and she follows him around and might be making his life more dangerous and of course he sleeps with her; why wouldn’t he?

I cannot believe that anyone in this movie has the slightest history in working with old books. For one thing, that cigarette glued to the outside of Johnny Depp’s lip on the poster (man, that’s a bad poster) isn’t just to make him look cool. He’s a chain smoker, and only one character, Baroness Kessler (Barbara Jefford), objects even a little when he’s smoking around four-hundred-year-old books. No one handles the books with gloves, and in fact Corso shoves valuable old books into a vintage ammo bag and hauls them around Gods-know-where. These are books that should be in climate-controlled cases. Large numbers of them just get put on a floor at one point. Now, I was able to watch the movie without shuddering (at least over that), because I couldn’t for a minute believe any of the books were as old as the movie claimed they were, but I can’t believe that these are collectors of rare historical volumes. The books don’t even look that old. Some of them just kind of look like volumes of like the Encyclopedia Britannica or something.

But then, leaving aside how bad the plot on this movie is, it just isn’t very well made. The musical stings are about the only score I remember, and they’re worse than the sort of thing you’d get in a Hammer horror film from the ’60s. There’s a scene where Corso and the girl are riding a motorcycle, and it could be the settings on my TV, but it looked like worse rear projection than you’d get even on a bad sitcom. (Yes, I’ve fixed the settings before, but since my son has begun playing “What Does This Button Do?” with the remote, there’s no way of knowing what they are now.) It didn’t look theatrical quality at all. It looked like a low-budget TV show. Of course, the New York scenes couldn’t be filmed in New York, because Roman Polanski would have gotten arrested, but a lot of the movie felt as though it was filmed in places he figured were close enough to be wherever it was that he couldn’t go without getting arrested. Not that I’m sure where half the movie takes place anyway.

Around the time this movie came out, a friend of mine observed that, while she’d seen Johnny Depp be in more than a few bad movies–she explicitly included this one–she’d never seen him be bad in a movie. I’m not sure this is still true; I’ve seen both Dark Shadows and The Lone Ranger. But it’s true that both Depp and Langella give better performances than the movie deserves. Gods know Frank Langella has plenty of experience in appearing in turkeys, but he’s enough of a professional that he still acts the hell out of this movie. They can’t have known how bad the technical end of things were–it’s really surprising for a Polanski film–though they had to know how silly the script was. Neither seems to have much cared, though. They were in this movie, and they were by-Gods going to act. Even in scenes where it’s hard to take the whole thing seriously. Frank Langella is one of the few men who can pull of the bit where he’s on fire, I tell you. 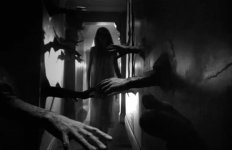 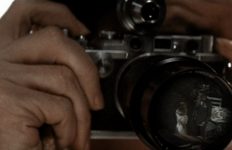 A Flaw in the Iris: Son of Griff on CHINATOWN’s Hard-Boiled Historicism→ 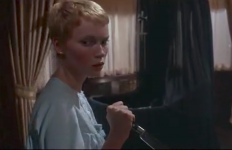 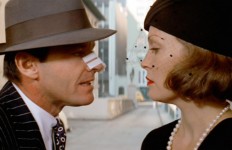