There was a roar of disgust against me. So I shouted, “Happy New Years, losers!”
– Werner Herzog

The final scene of Martin Scorsese’s No Direction Home: Bob Dylan is the final song of the famous and infamous “Royal Albert Hall” concert (which, as any fule no, was not recorded at the Royal Albert Hall, a fact which amuses me no matter how many times I repeat it). An audience member cries out “Judas!”, to which Dylan responds, “I don’t believe you… You’re a liar!”, before exhorting his band to “Play it fucking loud!”, at which point they launch into a furious, powerful rendition of “Like A Rolling Stone”. The album version is in C Major, but they choose to play it here in G Major, giving it a sense of triumph and power. I have always been struck by how this comes off very different to how it’s implied in the way the story is told; I always pictured something like what we see in I’m Not There, in which Dylan is righteously smacking down idiots who simply don’t see what he’s doing here and demanding something he never offered. But in the actual video, he’s strumming his guitar almost aimlessly, eyes half-closed, stoned out of his brain, gently bouncing on his feet and nearly spinning in circles like a child on a playground.

But what made this scene worm into my brain is the fact that, in that moment, Dylan became Cassandra. The legend of his turn to rock and/or roll has been revealed to have cracks in it; David van Ronk says in this very movie that he most definitely did not attack the sound equipment with an axe, and quite a few people at the time have said the booing wasn’t due to not accepting the rock sound but due to the poor sound equipment not designed for the loud rock that Dylan was going for, which made it hard to hear. But we are given specific, clear proof throughout NDH that there was a significant part of the audience horrified and betrayed by his turn from folk, who were averse to it on basic principle because they ‘expected better’ of him. Of course, now these people are looked at as idiots who didn’t understand that they were looking at – who didn’t realise they were present at one of the greatest moments in rock history. The crowd was going one way, he was going another; he was right, and they were wrong. 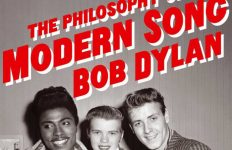 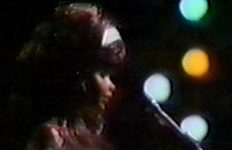 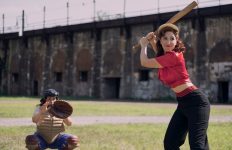 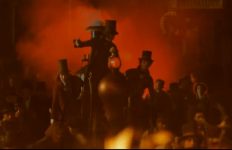