Arguing about whether or not something qualifies as a Christmas Movie has become as cherished a part of the holiday season as listening to awful music, standing in long lines at the grocery store, or going broke.  For the most part, all these arguments boil down to a much simpler argument; is “Christmas Movie” a functional genre (defined by the emotional function of the work) or a tangible genre (defined by the tangible details within the work)?

For the functional folk Christmas Movies are light dramedies about the importance of family or, in lesser films, about the importance of feeling appropriately cheerful during the designated times. These movies can range from as funny as A Christmas Story to as dramatic as It’s A Wonderful Life, but can’t range an inch further. A functional genre person will look you right in the eye and tell you that Gremlins isn’t really a Christmas Movie as they put on Planes, Trains, And Automobiles.

More pedantic people along with those of us unpossessed by the holiday spirit will tend to define the genre in more tangible terms. A Christmas Movie is any movie that takes place at, or makes reference to, Christmas. That includes not only Die Hard, but Eyes Wide Shut, The Hateful Eight, The Box, LA Confidential, and unquestionably Silent Night, Deadly Night Part 2.

Team Tangible has had few victories in canonizing a new classic, with only Die Hard (and not even the far more Christmasy Kiss Kiss Bang Bang) making it into regular rotation, but the fight will rage on eternally or at least until somebody manages to make a light dramedy about the importance of family that doesn’t make you want murder said family if you have to sit down and watch it with them.

But this weekend as you turn off the Hallmark channel for Silent Night, Deadly Night 4 (in which Clint Howard helps a woman give birth to a giant maggot) remember that your family isn’t protesting out of ignorance, but because to them Christmas isn’t just a date on a calendar; isn’t just food, or presents, or decorations, but a feeling – the feeling of a light dramedy about the importance of family. And I don’t know, maybe The Thin Man is an ok compromise? HOW MANY TIMES ARE YOU GOING TO MAKE ME WATCH HOME ALONE, THAT’S NOT A MOVIE I NEED TO SEE MORE THAN ONCE A DECADE! 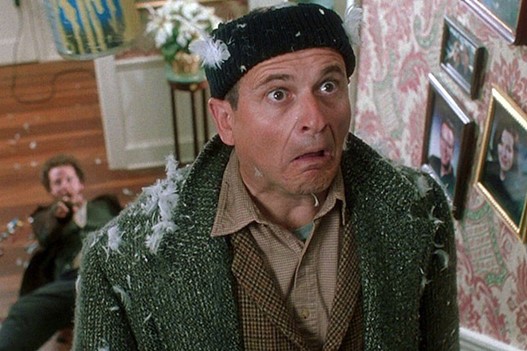 Happy Holidays Everybody, and remember, in quarantine any movie can be a Christmas Movie.