You can put a gun to the head of any director and force them to direct a movie based on your elevator pitch. Who is it and what do you make them make? For my money, I know that Christopher Nolan is a huge fan of MacGruber, and I’d love to see his take on a pure and ideally very stupid comedy. I think the restriction of a single emotion for the entire runtime would actually be freeing for him – he could indulge as much as he liked in whatever technical virtuosity he wanted so long as he could make it funny. It would also go the other way; imagine a typical Nolanesque moment of the puzzlebox clicking into place, except instead of being a profound moment of awe at the possibilities of time or love or magic, it’s a dick joke. Nolan would enrich comedy with his unique perspective and be enriched by comedy in turn. I would also love to see Quentin Tarantino being a showrunner for a TV show; I know he’s planning on making Bounty Law from Once Upon A Time… In Hollywood into an actual five-episode miniseries, but what I’d love is to see him actually running a writer’s room and trying to churn out twenty-odd episodes with a main cast. One of the pleasures of the original run of Twin Peaks is seeing David Lynch’s auteur vision diluted, partly to fit the demands of television audiences, partly because he has a room full of people imitating his writing with the benefit of the real McCoy being able to punch it up. I know I’m far from alone in finding it to be an accessible intro to Lynch’s work overall, and there is something of a pleasure in seeing the weaker not-Lynch episodes and being able to articulate why it’s wrong, and I wonder what Tarantino’s version of that would be. 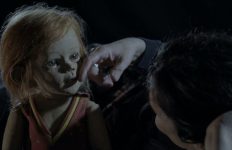