Alan W Pollack said that when Paul McCartney and John Lennon sang together, they seemed to create sparks that would sometimes evolve into a third voice that didn’t quite sound like either of them (he noticed this consistently happened when they sang open fifths together). This always worked as a metaphor for their larger creative relationship, and indeed the relationship between The Beatles as a whole. The band is one of the iconic examples of chemistry, in which the whole was greater than the sum of its parts. I’ve always enjoyed looking for that third voice in other collaborations. The writing partnership between Ben Elton and Richard Curtis for the show Blackadder is a great one; in fact, I’ve always been fascinated by how much it stands out from the rest of their individual bodies of work. Not only does it not succumb to either Curtis’s self-satisfied sentimentality or Elton’s self-satisfied preachiness, it seems to become an entire mentality on its own. Elton once said that people expected that he wrote all the dick and ball jokes whilst Curtis must have written all the history jokes, but he admitted that he would write in history jokes to impress Curtis while Curtis would etc. It’s like they were filling in for a third person who never showed up.

What are your favourite examples of two collaborators creating a third voice together? 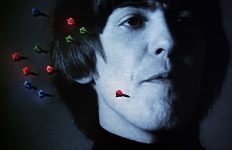 With Help! The Beatles Got Ambitious, With Mixed Results by James Williams→ 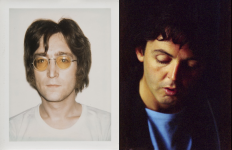 “Merry Xmas (War Is Over)” VS “Wonderful Christmastime”→