Browse: Home / The Solute Welcomes Its New Ownership! (And Other Friday Articles)

The big story of the day, of course, is The Solute’s sale to G/O Media as the company attempts to put all lucrative pockets of AVClub diaspora under one umbrella (negotiations with The CZ have reportedly stalled). Changes will be minor: Disney Byways will now be done as a series of slideshows, anyone wanting to participate in Year of the Month must relocate to Los Angeles, and disqus will be replaced with a series of complicated smoke signals.

No joke, we’re grateful to scb0212, Babalugats and Miller for contributing this week. Send articles throughout the week to ploughmanplods [at] gmail, post articles from the past week below for discussion and Have a Happy April 1st!

Nick Newman interviews David Cronenberg about his latest movie and about turning his calcium deposits into blockchain “art”:

I was keeping them in this used pill bottle, but it never occurred to me—the whole NFT Inner Beauty collection thing—until a friend of mine, a very good friend, started to have terrible, terrible pain and ended up in the hospital. And they said it was kidney stones. They didn’t want to mess with them at the time because they could be anywhere and it could be a very difficult, tricky surgery, and it seems like overkill. Anyway, they sent him home with painkillers and all that. And so I was talking to him about my kidney stone experience—this is a friend—and then I said, “Look, I’ll show you.” He hadn’t seen his kidney stones because he hadn’t managed to pass any so I said [Laughs] “I’ll show you mine.” And I thought, “This is beautiful.” Just by accident. I put them out on a beautiful metal table, and that’s where I started to think of it as a work of art.

Director Justin Kurzel’s entire career, it should be noted, exhibits a morbid fascination with violence. …To Kurzel’s credit, he keeps all of the shooting offscreen here, avoiding any sense of exploitation; viewers unfamiliar with [the killer] could easily make it deep into the film without realizing that they’re watching a journey toward mass murder. Still, it’s unclear what we gain from imagining the inner lives of those who commit atrocities. That approach can work in pure fiction—a film like, say, Taxi Driver can just invent whatever cocktail of inflammatory neuroses will best facilitate its exploration of a particular mindset—but tackling a real-life murderer with any fidelity to what actually happened will generally result in reductive, superficial stabs at connecting far-flung dots.

At Entertainment Weekly, Darren Franich dunks on the Aaron Sorkin episode of HBO’s “One Perfect Shot”, adapted from the Twitter account:

Demerits: The lighting is dark enough for the image to look mulchy, yet flat enough to look like dress rehearsal. And this isn’t even a single proper shot. The whole sequence is a flashback, intercut with Hayden later being interrogated by attorney William Kunstler (Mark Rylance). […] It’s a telling strategy. To dramatize one of the most visceral moments in the history of counterculture protest, Aaron Sorkin keeps cutting from the action to people describing the action with Aaron Sorkin’s dialogue.

Steven Hyden ranks the albums of America’s favorite white funk band for Uproxx, and learns a little about himself in the process:

I was expecting this to be a turkey shoot. I figured I’d crack some jokes about slap bass, quote a lot of self-evidently terrible lyrics about perverted lady cops humping de bump, cite that mean Nick Cave quote that hurt Flea’s feelings and call it a day. But as I delved into Chilis world, I was shocked by how well I still knew a lot of this music. And then I remembered all of the time I spent as a teenager playing basketball in my friends’ driveways while listening to Anthony Kiedis rap-sing about all of the sex he was having and we were not having. And I accepted, reluctantly but not unhappily, that the Chi Peps are a part of me.

In what one can only imagine as a Coen Brother-style mash of ego and ineptitude, The Washington Post reports that Facebook hired a Republican firm to trash the reputation of TikTok:

The campaign includes placing op-eds and letters to the editor in major regional news outlets, promoting dubious stories about alleged TikTok trends that actually originated on Facebook, and pushing to draw political reporters and local politicians into helping take down its biggest competitor. These bare-knuckle tactics, long commonplace in the world of politics, have become increasingly noticeable within a tech industry where companies vie for cultural relevance and come at a time when Facebook is under pressure to win back young users. 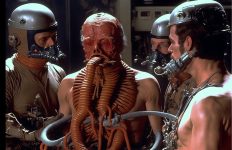