This Week You Will Feel Buoyant About:

Thanks to Casper, Ruck Cohlchez, and Miller for saving me this week from having to decide if I should shade the selections for or against a Brewers/Royals trade deal. Send articles throughout the next week to ploughmanplods [at] gmail, post articles from the past week below for discussion, and Have a Happy Friday!

For The Guardian, Rachael Sigee discusses the up- and downsides to the dopamine rush that comes from tracking your consumption of movies, books and music:

That chimes with the fact that a popular feature of these apps is analysis: neat visualisations that will show you precisely who your favourite artists, actors and genres are. It is magnified when we are encouraged to assign a rating. “I understand the value of numbers,” says Dr Shackleford. “But sometimes I feel like it’s too reductionist. Everything you put a number on is hopefully correlated to a deeper reality but I can’t really quantify these things. Is Pride and Prejudice a five but Northanger Abbey a four? I don’t know! I would like to think that Jane Austen would find that appalling. It’s a work of art. It has value no matter what. Even though I’m a quantitative researcher, it seems off.” Instead, she urges caution in accepting any of these numbers at face value: “Maybe you didn’t realise you watched five films with Colin Firth in, but just because you have, that doesn’t mean he’s your favourite actor. That’s still a human thing. The data might give you a false impression.”

“We both love and hate a list” observes beloved Solutor Casper. The FAR offers Adam Nayman’s picks for the best of 2022 (so far). It’s The Ringer, so of course there’s toppest of guns… but some very un-Ringerish picks as well:

Love hurts in Claire Denis’s films, and Both Sides of the Blade is as jagged as anything she’s made in the past 15 years. Ten years ago, Sara (Juliette Binoche) left her monied lover Francois for rumpled, tender ex-con Jean (Vincent Lindon); now, Francois is back, and after recruiting Jean to help run his new rugby team, he’s pursuing Sara as well. Or is Sara the hunter? Shot in a tense, pressurized style that feels closer to a horror movie than a romantic drama—all off-center close-ups, pitch-black Parisian nightscapes, and brooding mood music via Tindersticks—Both Sides of the Blade explores the double-edged nature of intimacy: the mix of comfort, desperation, and terror that comes with truly knowing or being known by another person.

The [pilot]’s main story line features a woman who doesn’t know whether she wants to have kids. To simulate the experience of raising a child from birth to 18 years old, Fielder moves her into a house in the countryside and hires dozens of child actors to play her son. From the outset, it’s clear this is an insane idea, but both Fielder and the woman are intent on pretending otherwise, each for their own murky reasons. Despite all the effort that has gone into creating a simulacrum of domestic life, something is off, and the glitches become only more obvious over time. In one scene, the woman dutifully pulls store-bought vegetables out of the dirt behind the house, acting as if she were picking them from a real garden. Later, in the kitchen, as she washes the eggplants, Fielder spots a sticker on a pepper on the counter, then carefully flips the pepper over, concealing the flaw. If Nathan for You showed how easily we could be deceived, The Rehearsal explores our eagerness to deceive ourselves. “I often feel envious of others,” Fielder says in the voice-over. “The way they can just believe.”

While Vikram Murthi in The Nation makes the case for the Kids in the Hall’s revival as a refusal to concede to the mainstream, in part because of how they were outsiders from the start:

It’s rare for any comedy show revival to be competent, let alone decent—and almost 30 years after its heyday, no less—but the sixth season of The Kids in the Hall is a minor miracle of execution. It’s not just that they haven’t missed a beat; they’ve managed to pull off the feat of deploying their shtick—the offbeat humor, the messy rage at conventionality, the rigorous approach to sophomoric, goofy premises—against the current culture without necessarily updating their worldview. The new season feels relevant precisely because of how unchanged it all seems. As with all staunch originals, the Kids have simply embraced the current culture while demanding that it reckon with them.

For Backstreets, Annie Zaleski looks at a newly-released Southside Johnny and the Asbury Dukes concert from 1977 and the group’s affinity for a different scene:

“And I think Cleveland appreciated the fact that we came from New Jersey, and that we were aggressive, but we weren’t trying to be sex symbols or anything like that,” [Southside Johnny] continues. “We just wanted to play rock ‘n’ roll. And Cleveland has always had a reputation for loving it. We connected with that audience the way they connected with us. Every time we went to Cleveland, we knew we were gonna have a good show.”

Mychal Denzel Smith goes long in Pitchfork about his old love of “conscious” rap, the people continuing the tradition and why that attitude is ultimately a limitation:

The idea of becoming conscious has always been a nostalgia trap, a way of propping up reverence for a bygone era as a critique of the present, to suggest the waywardness of the youth is the true villain of progress. Moreover, it was always more of a posture than a true worldview, a ready-made aesthetic identity for those of us who were too afraid or too unable to develop real personalities. Conscious rap was never about the artists—any number of those who were branded as “conscious” disavowed the label—but about the listeners who needed to project themselves, ourselves, and our desire to stand out onto someone else. 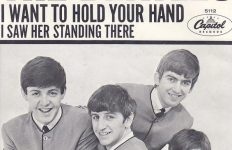 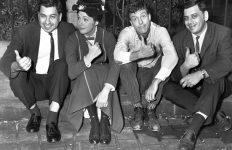 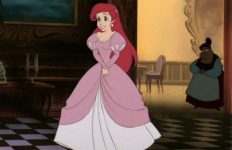