As any decent writer knows, there are only six types of conflicts: Man vs. Man, Animation Studio vs. Animation Studio,  Staying Home vs. Going Out, Buscemi vs. Hearts, Cymbal Beat vs. Walking Bass Line, and Man vs. Man (on Motorcycles). Astoundingly, we cover all of these archetypes today, except the first one.

Thanks to Miller for his contributions this week. Avoid conflict by sending articles for next week’s round-up to ploughmanplods [at] gmail, and of course post articles from this past week for discussion below. Happy Friday!

We could give all spaces over to Ghibli Week at Polygon (as overseen by Ghibli superfan Tasha Robinson), but we’ll highlight this history of the contentious partnership between the studio and its former American partner, Disney by Josh Spiegel:

[P]roducer Harvey Weinstein felt Princess Mononoke should be edited down for a Western audience. In America, animation was for families, and families might not want to sit through a two-hour epic. Miyazaki’s producer Toshio Suzuki, in response, presented Weinstein with a samurai sword and a note: “No cuts.”

At GQ, Gabriella Paiella talks with Steve Buscemi about his life and how he’s dealt with the death of his wife Jo Andres last year:

Buscemi and Andres met in 1983, when they were living across the street from each other in the East Village. Buscemi had developed a crush on her from afar and would rush out to walk his dog when she was on her way to or from work, hoping to run into her. She had separately seen his face, without realizing it, on handmade posters advertising “Steve and Mark,” the experimental comedy duo Buscemi performed in with the actor Mark Boone Junior, and would joke to her friend, “I’m going to snag that guy.” Later, when Andres found herself in Buscemi’s apartment, she saw one of those posters and the cosmic coincidence dawned on her. “I still remember when she went, ‘That’s you,’ ” he says, smiling.

Watching Raiders of the Lost Ark chopped up with periodic interruptions for commercials would be a lousy way to see it for the first time. But for the umpteenth time? Why not? And why not get on social media and chat about the experience? It’s a truly terrible way to watch a classic film, but not a bad way to hang out under quarantine conditions.

…Knightriders, likewise, is an anomaly for Romero, who remains known primarily for his zombie-related masterpieces and other nightmarish fare. In fact, it’s one of the strangest outliers in any major filmmaker’s oeuvre: a shaggy, sprawling ensemble hang-out movie set amongst the troupe of a traveling Renaissance faire vaguely modeled upon Arthurian legend. Does it rival Night Of The Living Dead or Dawn Of The Dead or Martin? Maybe not, but it’s proof that Romero could have carved out an entirely different career for himself, had he been less drawn to violence and viscera.

Natalie Weiner at NPR memorializes drummer Jimmy Cobb, and his indispensable touch on Kind Of Blue:

It’s impossible to overstate how much his playing, which propelled that all-star group forward with delicate washes of cymbals and brush-stroked snare, contributed to Kind of Blue’s undeniable bounce and feel. “Jimmy, you know what to do,” Davis told Cobb before the session. “Just make it sound like it’s floating.” And it does: The perfect tension between Cobb’s signature driving cymbal beat and Paul Chambers’ relaxed walking bassline makes most people’s first jazz album one that you can — or can’t help but — move to.

And Rosanne Cash writes in the Atlantic about how she was sick of 40 years on the road, but now misses the touring she can’t do:

The truth is, I will miss what I wanted to lose. I will miss the end-of-the-world ebullience, the temporal beauty of live performance, like a monk’s sand painting; swept away at the end of the night, but held in memory, jewel-like. I will miss seeing those faces as mirrors to myself, and making myself a mirror for them. I want to see the audience, and I want to be the audience. 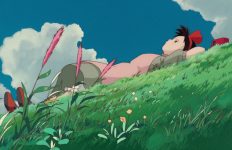