This week the FAR puts its understanding of all human information toward explaining worker-employer relations. But we’re instituting mandatory breaks, so between a trio of articles on the subject, relax your fragile fleshbrains with scorching movie pan tips, a ghost story, and a sitcom reconsidered (sort of).

Thanks to the union of Casper, The Psychic Johnny Smith, Drunk Napoleon and Miller for contributing this week. Make sure to send articles throughout the next week to ploughmanplods [at] gmail, post articles from the past week below for discussion, and Have a Happy Friday!

Sprinkled throughout Captain Eeyore are inside jokes that give insight into the often dehumanizing labor conditions cast members face at the Parks. In the climax, we hear a clever revision of the punishment decreed by the Supreme Leader to Captain EO and his crew for trespassing on her territory. Rather than turning them into a trash can, The Supreme Leader (the demoness Minnie Mouse) declares that they’ll be turned into photo characters and that Captain Eeyore be sentenced to 100 years of purgatory at the “Inn Between,” all while reprimanding them for sitting and talking in costume. (The Inn Between is the employee diner behind the Plaza Inn, notorious for guests bombarding cast members on their way to clocking out; the job of a photo character carries the unfortunate reputation for being a position in which cast members are casually assaulted by guests — sexually, verbally, or physically — with management rarely interfering for fear of breaking the “illusion.”)

For The AV Club‘s Film Club Podcast, A. A. Dowd and Katie Rife talk about the ethics (and fun) of writing a scathing pan:

When we go into movies and we’re writing about them, the ideal is to look at them and say, “Is there something in this that is interesting? Is there something that I respond to and something that other people might respond to?” When we get into absolutism, I think that becomes a problem in film criticism, because if you have some sort of hard rule about what defines a good movie or a bad movie, you might end up bending your opinion on a movie just to match that standard.

“Safety is an issue — car crashes, specifically,” says Brittany Anne, a freelance camera assistant. After Riverdale star KJ Apa crashed his car following a fourteen-hour day, the issue of “drowsy driving” received some attention (notably, workers’ comp doesn’t cover accidents sustained while commuting to or from the set). As Deadline noted at the time, Apa was far from the first to crash after working a long day on set: Longmire crew member Gary Joe Tuck died in 2014 after falling asleep at the wheel following an eighteen-hour shift. Despite clear evidence of a problem, workers say that with productions seeking to make up for lost time after the pandemic, long days are once again the norm.

In truth, The Others seems like a direct reaction to two films from 1999: The Sixth Sense, M Night Shyamalan’s unusually hushed and twisty breakthrough about a child who sees dead people, and The Haunting, a truly revolting attempt to give a classic psychological thriller the blockbuster treatment. Amenábar’s answer was to issue a corrective to The Haunting remake by returning to the suggestive fundamentals of the 1963 version while replicating the nested surprises of Shyamalan’s film, along with the dynamic of a stressed-out single mother and children who commune with the dead. He could be accused of shameless commercial calculation were it not for the fact that throwback films like The Others weren’t getting made at all.

Sam Thielman at the Guardian has an extensive breakdown of how DC and Marvel do and more consistently don’t compensate the writers whose work they use in movies that make billions:

“Lawyer up, always, with comic book company contracts,” says Jimmy Palmiotti, longtime writer of DC characters such as Jonah Hex and Harley Quinn. “They are not in the business of feeding you the math.” Once a year, freelancers are allowed to audit the returns on their creations for DC and Marvel, but Palmiotti says it happens too rarely: “I can count on one hand the number of creators who’ve actually audited a major comics company.”

And finally, the satirical Hard Drive comes to the deep realization that, hey, The Office wasn’t showing the best natures of people in the workplace after all:

“That’s what she said!” is no longer a hilarious catchphrase but instead a cheap, pathetic attempt at humor made by a crude, sexist, and deeply insecure man. The quiet looks Jim or Pam made towards the camera now no longer read as space made for the laugh track the editors always forgot to include, but instead seem like secret transmissions towards the audience that they hate their boss and the awful things he’s putting them through. The fact that we all could go this long without realizing how terrible Michael Scott was is proof that Michael Schur and Greg Daniels are buffoons that have zero clue how to write good comedy in general. In fact, every time I see Michael holding up his “World’s Best Boss” mug, it actually feels ironic. Because what the show didn’t realize is that he is very far from the world’s best boss — he is a bad boss. 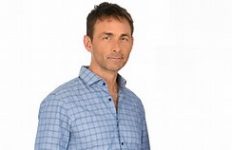