Browse: Home / The Future of Comic-Book Superhero Movies Is the Past – Part 7: STALKER

How do we know who is human? The consequences of answering this question can of course be serious: anyone who is not seen as human has historically suffered, being socially marginalized, if not having worse things done to him or her. The Incredibles (discussed in Part 6 of the series) reminds us that superheroes are also not humans, and at the start of the film they are forced to go underground.

Directed by Andrei Tarkovsky, Stalker (1979) suggests that simply being suspected of having superpowers—whether they are actually real—is a rationale for social exclusion. Having faced being censored by the Soviet authorities for taking unfavorable views, Tarkovsky is sympathetic to the plight of the protagonist, a member of a select group called Stalkers, while delving further into an uncomfortable region where faith and doubt meet.

That region is called the Zone. Regulated by the authorities, it is only accessible through the guidance of Stalkers. It is believed that a mysterious room in the Zone can grant what a person desires. That is why it is regarded as a dangerous place.

Yet no one knows how the Zone works. It might be a completely subjective experience, a different dream for each person. It might even be a hoax, perpetuated, consciously or not, by the Stalkers themselves.

What if the experience in the Zone is like watching a film? Inside the theatre, our desires are projected and sometimes even realized. What do we, as film viewers, expect? The three men, the Stalker, Writer, and Professor (a scientist), are blank slates: we’re along for the journey. 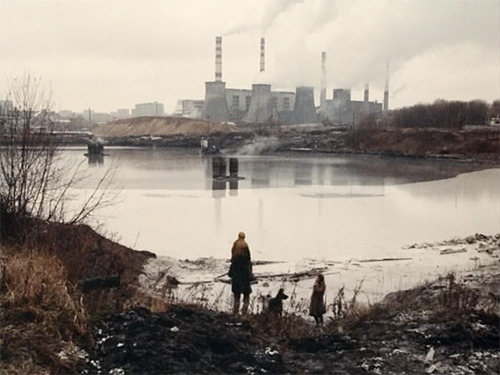 If the Stalker can be regarded as a superhero, it is on radically reimagined and limited terms. His relative isolation looks grimmer than the cynical worldview of the Writer or the purely logical realm of the Scientist. They all inhabit a polluted and trashed urban environment—like a predecessor to the cyberpunk city of Blade Runner (1982).

Filmed in more verdant color, as opposed to the monochromatic tones of the polluted urban city, the Zone is both appealing and menacing. Is it paradise, or merely an ordinary place? Or something else? The guarded reactions of the men are no help in answering such questions. The Stalker leads the way, despite the barely hidden skepticism of the other two men. They have no choice, really, but to trust him.

And, at times, the Stalker does appear untrustworthy. After all, he could be coercing the two men into believing in an imaginary world. His warnings seem reasonable, yet they obviously play on the fears of the men who don’t know what’s happening around them—and possibly to them.

What does seem to be happening is that each man is having an intense internal conflict. The Stalker is grappling with the suicide of his mentor, which occurred after he supposedly returned from the Zone having become wealthy. The Writer is filled with self-doubt. The Professor, so used to reality having a logical order, is driven to the point where he considers taking an extreme course of action.

There is a spiritual dimension to their quest. What happens when faith is rewarded, which is also the moment when desire disappears? Recalling the fate of the Stalker’s mentor, can anyone live with these feelings?

The questions relentlessly keep piling up. As they move through the Zone to get to the room, the territory becomes more challenging to cross. Considered as a physical space, the Zone has its share of obstacles: abandoned technological structures with random machine parts, sand, water, dampness, dirt. It surely looks—and feels—real.

One particularly terrifying moment occurs when they enter a passage called the Meat Grinder. The Stalker acts as if he can’t possibly prepare the other two for what they will be experiencing. Nothing, once again, happens to their bodies; the torture is in their minds.

The signature tracking shots of Tarkovsky open space: a lengthy view of a graveyard for value systems, containing a medical syringe, coins, a religious medal, and a gun sunken in the water, suggests a time of post-apocalypse, a desperate yet absurd time for superheroes, as it would seem the world is past redemption. Here is the ghost in the machine of superhero movies; we desire for someone to appear on the scene and save the day. Instead, Stalker makes us wait.

When they finally approach the entrance to the room, the Professor quickly takes out the components for a nuclear bomb that he carried in his knapsack. Both afraid of the room’s powers (the Stalker warns of a greater despair that may await) and how they might be exploited, he wants to put his fears forever at rest. But he’s also acting out of selfishness, for he is anxious that, unable to completely believe, his experience in the room will be of little worth.

In a fight that verges on slapstick, the Stalker eventually prevents the bomb from being used. Tarkovsky brilliantly mixes feelings of relief and failure—we should be glad that the one thing of apparently potential value hasn’t been destroyed. But we wonder why the Professor hadn’t the courage to act. The bomb parts are thrown in the water, becoming part of the garbage that ironically reflects on the dreams of technology.

The room, it seems to me, exposes the limits of our imagination, in a profound sense, our inability to find connections with others, our being unable to reign in our impulses to dominate, to destroy. Therefore the rain falling on the three men huddled together makes for a scene tremendously difficult to interpret, as a traditional symbol of redemption is made as alien as everything else that has taken place in the Zone. That should be the ending, offering a cryptic closure to a parody of traditional superhero narratives.

But something else happens that makes the over two and a half hour viewing time truly worth the effort, that makes sense of the previous events by putting them in perspective. The scene shifts to the Stalker’s home, where the film began. Monkey, the Stalker’s genetically-deformed daughter (possibly due to the radiation, or something else, in the Zone) is developing her telekinetic powers. As the noise of a train outside gets increasingly louder, a fragment of Beethoven’s “Ode to Joy” mixes with the background noise.

It turns out that Monkey is the film’s unexpected superhero. Her father may be a self-admitted failure; she is animated by what she might accomplish in the future. In this breathtaking last scene that blows away the typical end of the adventure farewell expressed in most superhero movies, the adventure is just beginning.

Make no mistake, however—the world is still a dire place. Its collapse is slow, depending upon the unpredictable reactions of chemicals in the environment and in human bodies. There has even been speculation that the toxicity of the place where the scenes in the Zone were filmed may have factored into the deaths of Tarkovsky, his wife, and the actor who played the Writer.

After all of the internal, possibly invisible, struggles, we see something happen in the world. The glasses moving on the table by the force of Monkey’s thoughts announce that the power of imagination remains. And there can be no greater evidence for this power than the film we have just watched. 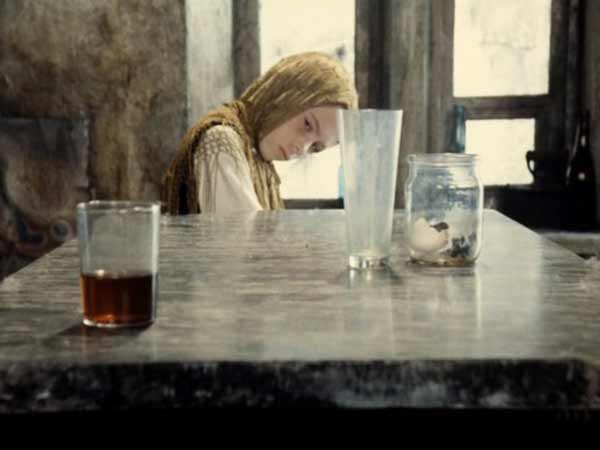 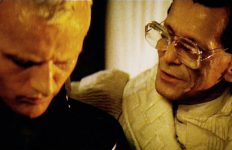 Year of the Month: BLADE RUNNER→