The Shawshank Redemption, ignored by the general population exactly twenty-five years ago, is enjoying a limited rerelease to capitalize on its widened space in the culture. After bombing in theaters in 1994, endless reputations on cable television gave the movie a new audience. Winning the number one spot the then-nascent IMDb Top 250 list reaffirmed (or possibly asserted in the first place) its status as a favorite of the movie-going public. The downside to winning an ongoing Best Picture competition – particularly one as ridiculously all-inclusive as the IMDb – is the issue of whether or not it’s any good can get swallowed up by the question of whether it’s great. And Shawshank is a film on the fault line between what general movie watchers and “serious” film fans expect a “great” movie to do.

For starters, cinephiles are by and large captives of auteur theory which can categorize a film sight unseen. But career context is a tool for film viewing that non-cinephiles don’t generally employ in discussion. That the same person directed Jaws and E.T.is trivia, not a guidepost. And so Shawshank being arguably the apex of Frank Darabont’s career as a writer/director is irrelevant to one camp, and a scholar can’t sand out the rough spots of the movie with the pedigree of the artist. It wouldn’t change anybody’s assessment, but the conversation around Shawshank would have a different tenor if it were, say, the last film by Frank Capra instead of the first theatrical film by the guy who did The Majestic.

And let’s face it, if being the greatest movie in history requires flawlessness, Shawshank ain’t it. Chief among its issues is Darabont’s tendency to overdo his dialog, often allowing sentences from Stephen King’s source novella to pass through unrestrained. Casting bails him out for the most part. Tim Robbins and Morgan Freeman recognize when the words are working overtime and dial back the spin on their delivery accordingly. For comparison look at Gil Bellows playing Tommy who builds a fun hotshot character but can’t get around the denser blocks of Darabont’s text.

Fortune favored Darabont with Robbins and the director fought for casting Freeman in a system that made no bones about declining to cast a black actor when the role didn’t explicitly call for one (in King’s book Red is Irish). The Oscars vindicated Darabont’s insistence when Freeman received a nomination for Best Actor, though even he couldn’t have foreseen that the guy would set the standard for voiceover performance for the foreseeable future. This iconic voiceover places the purple prose at the fore and puts the movie at odds again with expectations of great movies. Hand-holding the audience through the themes of a film is a hallmark of middle-class cinema and nothing pulls more insistently at a viewer’s attention than an overexplain-y voiceover (see the case of Blade Runner’s theatrical v director’s cuts).

The sheer amount of voiceover (King says it even took him aback in his introduction to the published script) should disqualify Shawshank from greatness on formal grounds, its jejune summaries of human experience grating rather than uplifiting. Yet the voiceover, as quotable as a pop song, also infuses the film with warmth, so any traction it loses with the head it makes up in a targeted injection to the heart. When Andy treats the prisonyard to a recorded duet from The Marriage of Figaro, Red’s reaction to the untranslated Italian – “I’d like to think they were singing about something so beautiful, it can’t be expressed in words, and makes your heart ache because of it” – is either a powerful story moment or an untenable self-contradiction. Maybe both. Poorly deployed voiceover is redundant to the image and Shawshank’s rarely is, such as a sequence following the progress of a smuggled package into the prison through the laundry and to Red’s cell.

Helped immensely by the familiar yet irreplaceable cadence of Freeman, all the talking is used to hustle along transitions during the twenty-year timeline of the film. It sets a tone that compliments the drab walls of the penitentiary location and embodies the life within that’s been beaten but isn’t quite snuffed out. Freeman speaks of everything in a melancholy past tense, so he might be describing Andy as someone long gone or who was really more of a story than a man in the first place, subtly setting the stage for the brief mystery of what happened in Dufresne’s cell on Andy’s last night in prison.

Maybe friendships like Red and Andy’s are a product of the “time and pressure” of Shawshank but the movie’s popularity suggests something universal at play (it’s tempting to describe it as a universal “male” friendship but the data doesn’t back that up; Shawshank fares well on polls of women voters as well). Two years go by per Red’s voiceover before Andy asks about Red’s conviction. Red answers but Andy doesn’t press for details. Over the years we progress from Red’s rumination that “I liked Andy from the start” to Andy’s casual inquiry “we’re getting to be friends, right?” through Red’s offhand comment to Tommy that they’ve been friends for years. It’s a friendship that blossoms slowly and only after developing firm roots. The main function of Red’s voiceover, and the greatest accomplishment of The Shawshank Redemption regardless of criteria, is the way it etches the friendship of Andy and Red in time as steadily as Andy had been deepening that scrape in the wall the whole time.

Fandoms of all types tend to associate scope with greatness, at least when it comes to electing the best. Traditional GOAT Citizen Kane is a biography played as an epic. The only successful challengers to Shawshank’s top spot have been Star Wars, The Godfather,  The Lord of the Rings, and The Dark Knight, suggesting a film needs the support of a trilogy to make a run at Shawshank’s throne. Taking a tale whose centerpiece is a simple friendship and weaving it into a narrative that takes two decades to play out might have been the only ingredients necessary to hold a piece of the cultural conversation.

Shawshank is a kindred spirit of Casablanca, a survivor of an era of numerous middlebrow movies. One can appreciate the depiction of the power Warden Norton holds over Andy (“Or am I being obtuse?”) through the imbalanced framing of Bob Norton and Tim Robbins, but it’s not necessary in the slightest to decode mis-en-scene to follow the action. The appeal and the frustration of the great but never “great” type of film of which Shawshank is king is that it asserts filmmaking as a story-delivery device where cinematic technique is a welcome bonus, so long as it serves a populist storytelling strategy.

Of course, movie buffs enjoy (even if they don’t require) a challenge, and cinephiles once in a while will have fun at the movies too. People who would self-describe as either have plenty in common with the opposite, but I’m wagering anybody this many paragraphs deep into a post on a movie from 1994 knows which type they are and can identify where each of their friends stand. And crowning something a Great Movie means locating a key data point in your place on the movie buff-cinephile spectrum. 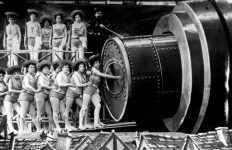 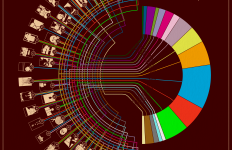 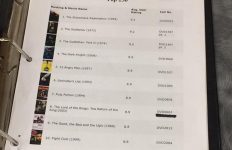 This Is Not the Populism You’re Looking For→