By now we have all immersed ourselves in the adventures of Bertie Wooster; Gussie Fink-Nottle and Madeline Bassett; Angela, Tuppy, and Angela’s shark; Aunt Dahlia and Milady’s Boudoir. And above it all Jeeves, floating serenely, rendering beverages and aid.

There are many specific details of this book that tickle me, and I’m excited to hear what jumped out at everyone else. Obviously Gussie’s epic showing at the prize-giving is a standout of laugh-out-loud escalations, but smaller moments of joy for me include:

For those interested in more Wodehouse, others that (in my opinion) achieve the pinnacle of the delights of Right Ho, Jeeves are Jeeves and The Feudal Spirit, The Mating Season, and Joy in the Morning. These introduce new characters (Lady Florence Cray, the intellectual who wants to mould Bertie; ‘Stilton’ Cheesewright who used to row for Oxford and has a head like a pumpkin; ‘Catsmeat’ Potter-Pirbright and his sister Corky) to play out variations on the established Wodehouse architecture. A disagreement between Bertie and Jeeves on a point of sartorial etiquette, a misunderstanding between lovers resulting in one of them threatening to marry Bertie and the other to kill him, a second scheme interacting with the romantic complications to make things worse, and Jeeves stepping in at the end to solve all, in gratitude for which Bertie makes the ultimate sacrifice with respect to his clothing. Always the same beats, but with the details and characters changed up to keep it fresh.

The Mating Season would be my personal recommendation for a next read. As well as continuing the saga of Gussie and the Bassett, there is also a set-piece of village entertainment that rivals the Market Snodsbury prize-giving. An added treat is that the full extent of the romantic bilge written by Bingo Little’s wife Rosy M. Banks in stories such as Mervyn Keane, Clubman, and She Was Only a Factory Girl, is revealed through a recounting by Madeline Bassett (suffice it to say that it chills Bertie to the core). Also excellent is a non-Bertie book, Luck of the Bodkins, which involves similar misunderstandings on a cruise ship.

The Solute Book Club has kicked off! Continue the discussion below. 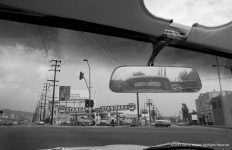