Browse: Home / The Solute Book Club: Son of Griff on CITY OF QUARTZ

One should not study history in order to avoid repeating it. Churchill’s oft quoted dictum falsely implies that historical circumstances can be repeated or modified when either re-applied or altered. History defies Cartesian methodology. History is best understood as a form of narrative argumentation, in which patterns or systems of actions can be deduced through changes in circumstances.

City of Quartz’s co-title, “Excavating the Future in Los Angeles”, alludes to the fallacy of historical replicability while subverting it. What lies ahead of us, author Mike Davis suggests, has already happened. Conflicting ruling interest group’s ability to form hegemonic power blocs in order to share economic opportunities forms a motif in Southern California, whose spatial organization is a reflection of capital welding that power together. The progression from latifundista feudalism to Late Capitalism invokes a systemic coherence that fulfills the feelings of ex-pats like Theodore Adorno that Los Angeles, “transformed the terms for understanding the impact of modernism” in that it “stands as the ultimate city of capital, lustrous and superficial, negating every classical value of European urbanity.” In short it offered a space representing, “a mirror of capitalism’s future.”

These exiles were largely motivated by Los Angeles’ intellectual climate, whose most visible industry viewed the work of writers, composers and thinkers as raw materials for movies, and reduced their labor to units of pay per hours worked. As philosophers and journalists forged an artistic counterhegemonic  bloc, they started debunking the city’s boosters’ myths that equated the region’s climate with utopian possibilities. The dialogue between “sunshine and noir”, according to Davis, defined the region’s popular image. By focusing on the deracination of its middle classes by economic busts and thwarted aspirations, the “noiristas” invented a dystopian projection of L.A.’s future in a style defined as “kind of a Marxist cinema manqué, a shrewdly oblique strategy for an otherwise subversive realm.

Davis’ best move in outlining Los Angeles in the public imagination involves expanding the definition of intellectuals beyond the usual pundits. In a Gramscian strategy, he includes “organic intellectuals” who articulate the views of their respective classes, not just those who pursue the nature of abstract thought. Scientists like Stanley Milliken (who threaded the needle between science and spirituality) and arts patrons like Dorothy “Buffy” Chandler (who brokered a détente between Westside interests and downtown in the creation of a Civic Center) and the “communards” of the free jazz movements and the Farus Group of artists an attempt to describe the drive to incorporation and the limits of resistance to the city’s definition of space and aesthetics. Ultimately, that space is circumscribed by the forces of capital (in the form of Downtown elites, and Westside developers) that drive the city’s growth, excluding the non-white working classes to increasingly surveilled enclaves.

By the middle of the book, Davis moves from talking about noir as being a mere response to the proletarianism of the intelligentsia to a full-on trope to describe the carceral aesthetic of the city’s redevelopment. Much of the style associated with Mayor Tom Bradley’s new downtown emphasizes boxy cubes and sharp edges which discourages public admittance and giving off an aura of surveilled safety. Frank Gehry, whose work Davis describes as, “clarify[ing] the underlying relations of oppression, surveillance and exclusion that characterize the fragmented, paranoid spatiality to which Los Angeles seems to aspire,” gets particularly harsh treatment. At the same time, local law enforcement begins militarizing its response to a rising gang culture, using excessive force in rounding up young men of color and criminalizing the right to assemble via anti-gang ordinances. Davis’ choice of subject matter mirrors the growing science fiction de-mythologization of the conservative ascendency of the 1980s as reflected in films like Blue Thunder and RoboCop and the cyberpunk musings of William Gibson and Kim Stanley Robinson.

With these vivid, Mencken-esque descriptions of an emergent regional dystopian aesthetic, Davis utilizes a patois evoking the “debunkers” of the 1920s and 30s, thus portraying himself as an heir to the tradition not only exemplified in the crime fiction of Raymond Chandler and James M. Cain, but journalists like Archie Mayo and Carey McWilliams as well. He understands the linkage between political economy and popular culture as a struggle between the, “sunshine” of civic renewal publicized by the boosters and the, “noir” of its alienated cultural intelligentsia. Quartz’s hard-boiled style evokes the sardonic laughter that represents the dismissiveness to the promotional hype of the financial elites. It stands in opposition to the massive tomes of state archivist Kevin Starr, whose stately chronicles, like that of Herbert Howe Bancroft before him, emphasize the progressive, Whiggish benefits of growth and prosperity.

Although the right wing vs. left wing animosity between Mike Davis and James Ellroy has come to define their relationship, I think that they share a similar space in their cultural moment. Both use antiquated language to interrogate traditional norms of civic discourse and the ideologies that sustain them. They quarantine their linguistic proclivities from the present in order to summon their connectedness to the past. They also detect patterns of hidden alliances cementing the hegemony of power between disparate interest groups, and how racist agendas and rhetoric constitute an impolite secret history of Southern California’s growth. Had Davis dedicated more time in chronicling labor and civil rights activism with the same ferocity as his analysis of homeowners associations and developers, his critique of the growing irrelevance of noir would have had more force. For all of its overwhelming veracity, City of Quartz doesn’t so much show a way out of the dialectic of light and darkness but outline the terrain in which activism struggles. 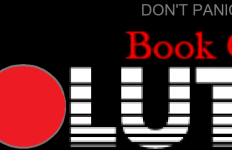 The Solute Book Club: The Hitchhiker’s Guide To The Galaxy – An Introduction→ 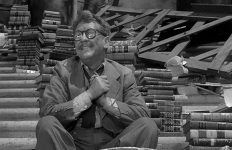