Browse: Home / The Solute Record Club: U2 – How to Dismantle an Atomic Bomb

Nine Grammy awards. Diamond certified. Best of the year 2004 in multiple publications.  One of the 100 best albums of the decade according to Rolling Stone. And I’m here today to tell you that How to Dismantle an Atomic Bomb is, in my eyes, the worst album U2 has released. And I also doubt that will be that controversial of an opinion.

Let’s start with a universal positive for the album; it’s better produced than their last two albums. Steve Lillywhite returned for some of All You Can’t Leave Behind and is the main producer here, and with that has come some emphasis on the band as a group. It neither has the signs of a rushed job like Pop could, and unlike the previous record the rhythm section is allowed to shine, never really being lost in the mix.

So the album sounds good. But despite that it all comes down to the songs. Bono gave his marketing spiel by calling this U2’s first “rock album”. First, let’s call that what it is: complete shit. But second we should say that it’s true that the album’s main influences this time are rock. U2 would probably argue that this album is closer to classic rock – and indeed there are the elements of acts like Led Zeppelin and The Who to be found – but U2 have also been quite comfortable saying that the style of their albums tend to come from whatever music they are listening to at the time.

And in 2004 –barring the tide of “indie rock” exemplified by Arcade Fire’s Funeral release that year – there were two prominent flavours of rock: the contemporary alternative rock of your Coldplays, and the resurgence of garage rock of your White Stripes. How to Dismantle an Atomic Bomb flickers between the two. In fact the best songs from the album almost shamefully rip from the extremes of this two sided scale. However, the rest either sound too generic or like mugging pretence, and the two sides never come together as a unified whole. One review would declare “there are no weak songs. But as an album, the whole isn’t greater than the sum of its parts, and it fucking annoys me.” That was from Bono himself. I agree with two thirds of that.

Like the Charles Manson line that introduces Rattle and Hum, the first lines from How to Dismantle an Atomic Bomb (HTDAAB) set the tone to follow “Uno, dos, tres… catorce!” [1,2,3…14]followed by a totally natural sounding “Turn it up loud, Captain!” The corniness and jokey nature of this line, and many things like it, robs so many of the songs of any kind of heaviness. But, even besides that, what does that even mean?  Some people argued at the time that it was because at the time there were 14 U2 albums. Hang on, let me check…*goes to bottom of article*…no, bollocks. For a band whose nineties output would later be condemned for being too ironic, even when their music was not, I honestly cannot tell how sincere Bono is on this record. Given what I’ve seen of him in interviews (and his own comments) he is, but that unfortunately it’s a sincere idiocy.

And that can all be applied to the opening song “Vertigo.” This song at one point was inescapable – from its use in the iPod adverts to South Park’s parody of Bono as the world’s biggest piece of crap – and its hard to deny it as a good piece of dad rock. For the posturing of the lyrics they end up pretty nonsensical, with a strange definition of what vertigo is and no seeming reason to have parts in Spanish. But despite all those problems, I still kinda like it. A good riff can forgive anything, and this song is pretty much based on its riff. It hits hard and just never lets go, and yet still acts to showcase Mullen’s drum, and especially Clayton’s beefy bass. So, yeah, the silliness of the lyrics don’t overpower the music here.

But they do on “Miracle Drug.” Any of the floating guitars and synths that are in the verses are pretty much for nothing as Bono fishes out some amazingly corny lines, most infamously of all “Freedom has a scent/like the top of a new born baby’s head.” So the smell of shit, subject to scabs and prone to be ruined by a massive crying fit then. At least the more pedestrian moments of All You Can’t Leave Behind’s were never this trite. This is a shame because the subject matter Christopher Nolan (not that one!), a paraplegic man who wrote award winning poetry after a drug allowed him to an extra muscle, could make great subject matter; The Diving Bell and the Butterfly for music. This, unfortunately, isn’t it.

Noble subject is also true of “Sometimes You Can’t Make it On Your Own.” From Never Mind the Bollocks producer Chris Thomas (whose work on INXS probably led to this, Bono having been friends with the late Michael Hutchence), this song is dedicated to his dying father and the relationship he wished he had with him.  Normally I have thought of this as a good but not great U2 athem-ballad, with a great chorus but weak on the verses. But I have to say, on this listen that song was filled with a lot more weight; given recent events in my own life I can’t help but be moved by someone wanting to mourn their late father. So yeah, no objectivity can even be attempted for this song, I’m afraid (as much as that is even possible for music).

My goodwill was unfortunately dissuaded again with “Love and Peace Or Else”, a song whose title presents most of the problems. Despite the philanthropy that Bono engages with in real life, this track is too broad and unspecific for me to take with any kind of sincerity. It’s too “universal” in lyrics to be of any use, too hard rock in tone to be any kind of anthem, and not hard enough to be any kind of screed. Still, the guitar tone is pretty nice, the kind of neo-classic rock that Tame Impala would later work with (not a judge in quality by any means).

It might something to some people that the best track on HTDAAM is the one that sounds most like a Coldplay song, but there we go (I don’t mean that in a snobby way; I like some Coldplay albums). It’s almost shameful how much Bono sounds like Chris Martin on this track, but fortunately the lyrics here don’t detract from the music, with a hook so good and grand that a president walked out to it. Oh and hey, Flood is back in production. How are you old friend? Sorry for being let go of the last album.

“All Because of You” is the closest to a classic rock song on the entire album, specifically that of early Who. As a pretty big Who fan then this song seemed fashioned with me in mind, and had the lyrics been anyway better this could have been my favourite track on the album. But…the lyrics: “I like the sound of my own voice/I didn’t give anyone else a choice/An intellectual tortoise/ Racing with your bullet train” Bono: are you actively trying to write mockable lyrics? Because this is starting to get ridiculous.

“A Man and A Woman” is a pretty but somewhat saccharine song, with an acoustic guitar that act as basis for the whole song, which allows the synth strings and electric parts to swirl around (apparently this was made by chopping up parts not originally recorded together). “I’ve been trying to feel complete again/ But you’re gone and so is God” is a pretty revealing line amidst all the seeming sweetness, though.

“Crumbs For Your Table” has a nice sound that in some ways returns to an aesthetic from Boy, especially given both Lillywhite’s production credit the xylophone in the background. But unlike those songs it drags on at five minutes long, and Bono has to really try to get some of the lyrics in the flow (because they were so important dammit!).

“One Step Closer” is probably the best song from the last half of the album, and follows on the tradition of the slow three-piece U2 finale. Thankfully this is better than “New York” in that regard. The ambience also seems to recollect the things from both Unforgettable Fire and Original Soundtrack 1, so much so that it might have even benefitted from being an instrumental. And these aren’t bad lyrics, touching again on the subject of his dad and like the song harkening back to the imagery of All That You Can’t Leave Behind – when it was originally recorded – but like the last songs there are some problems with the flow.

“Original of the Species” is also a song that goes on for too long, again harkening back to a Coldplay-like sound to a much lesser agree (although the strings are some that could have been in Magical Mystery Tour). And the line “some people got way too much confidence baby…baby” is somewhat a clever contrast to the bravado of much of the album, and would had been more noteworthy is the rest of the lyrics had been stronger enough to counteract with that (particularly the weird celebrity line before it).

“Yahweh” is another forgettable song, but this time this  is almost a cardinal sin, as it is the final song and every U2 between War and this has ended with something great. “Yahweh” is the name of the Judeo-Christian God, but unlike say “40” it doesn’t relate to a lot of the rest of the album, and the guitar parts on this are neither particularly moving nor uplifting. Like a lot of this album, it just feels limp. Thankfully this version ends with the bonus track “Fast Cars”, which although not great ends with some interesting Spanish guitars instead of absolute blandness. Like most of the rockier tracks on this album it does appear a little disingenuous in the “rock star” persona.

This was more words than I ever expected to write on How to Dismantle an Atomic Bomb. To be honest, I think this might be the hardest review I’ve had to write for this site, because most of this the album is so average that I’m surprised anyone can have any strong opinions on it. Most of the music is too similar to have any kind of distinguishing features, and all the problems tend to be the same: Length, Bono’s lyrics and a sense of just trying too hard. Yet they tried too hard to be so normal that you wonder why they bothered. If you have something that distinguishes you, why would you try so hard to not sound anything like that. I guess that’s why, even after all my problems with Rattle and Hum and its preachiness, this album to me is worse than that: would rather hear ambitious yet unsuccessful than wilfully non-ambitious. 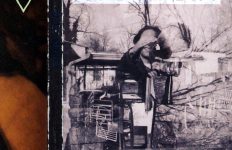