I think a big part of the success of Breaking Bad comes down to the sheer genius of its pitch, and more specifically the fact that it has three pitches that all work on different levels. “A high school chemistry teacher gets lung cancer and starts cooking meth to pay bills” (which is more often simplified further to “high school chemistry teacher cooks meth”) is a plot-based pitch. Most people have at least a broad idea of what a high school teacher does, what a cancer patient does, and what a meth cook does, and the fun in the pitch comes from trying to figure out how those three elements come together. How is a high school teacher going to deal with police? With rival drug dealers? Where will he cook, especially if he’s broke enough to not be able to afford medical bills? Will he steal lab equipment from the school he works at? “Mr Chips turns into Scarface” is a character-based pitch. I confess that I’ve never learned a single piece of information about Goodbye, Mr Chips outside of its relation to BB (I thought it was an 80’s sitcom until I looked it up for this article) and still haven’t gotten around to seeing Scarface, but I grasp that the point is to watch a fastidious law-abiding stuffed-shirt turn into a manic power-hungry drug lord. It’s funny to think of someone immediately switching from one to the other; the literally violent differences between the two imply a long process of swapping out one action for another, like the Ship of Theseus, until nothing remains of the original idea of a person. Finally, “a man, step-by-step, sells his soul for power and money” is an emotion-based pitch. A big chunk of the conversation around the show was based on how audiences found themselves increasingly disgusted by Walt’s actions, where part of the pleasure was feeling another level of horror at Walt for every action he took.

Obviously, the unifying element of these three pitches is that they spark the imagination – they each inspire some variation on the question “how does that work?” – the emotion-based pitch is the most esoteric, but I’d say it inspires “what could happen to horrify me?”. They combine familiar elements in an unfamiliar way. What’s especially clever that if you’re not drawn to one pitch, you’re probably inspired by another; Weeds premiered shortly before Breaking Bad and had a similar enough premise (single mother starts selling weed to pay the bills), that people argued its lesser ratings were a result of sexism, and I don’t think that’s completely wrong (I doubt BB‘s infamous Bad Fans will ever be interested in a show about a single mother) but I think the fact that it didn’t have “a woman, step-by-step, sells her soul for power and money” attached to the pitch was a major part of it. And what makes the show so great is that these pitches convey its overall nature while still missing so much of its personality and style; people are often shocked to discover how much BB is a black comedy, and the grungy-yet-operatic style that it develops, and the toxic mentor/mentee relationship between Walt and Jesse (they’re usually less surprised by how quotable it is, mainly because of how often fans quote it). What makes the show lesser is how it fails to give the same level of interest to the other characters; Skyler is the most famous victim of this, frustrating viewers with her indecisiveness, which to my eye has always come off as the writers not being able to commit to either of the only two options they had open to them (make Skyler a ‘bad person’ by having her complicit in her husband’s crimes, or make her a ‘bad wife’ by having her completely cut Walt out of her life). The Shield lacks the genius pitch of BB, but it does commit to smaller individual high concepts for each character – the Christian cop trying to hide his homosexuality, the righteous idealist learning how best to express her ideals, the woman who loved her husband and hated his best friend. 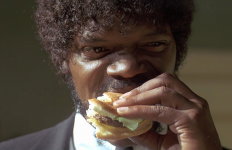 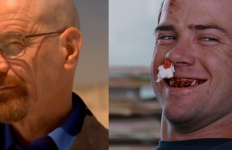 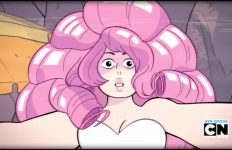 The Age Of The Antihero Will Never End→