In the Community episode “Introduction To Teaching”, Abed asks the question ‘is Nicolas Cage good or bad?’, and to my great surprise, he doesn’t come to what seems to me the obvious conclusion: that ‘quality’ is not a factor in Cage’s decisions. I think one of the big things that can throw movies fans off is that the pleasures of watching a movie are distinct from the pleasures of making a movie; by all accounts, the cast of Cats had an absolute ball on set, and in comparison David Fincher only seemed to start enjoying the process of making movies when digital cameras came along and he no longer had to deal with the inconvenience of film. I’ve been a fan of Cage for a long time, and the thing I always appreciated most about him was how he’s willing to make risky choices as an actor, both in terms of how he plays a role and in the roles he’s willing to take – he transcends the very concept of Taste as an acting tool by taking literally every kind of role that comes his way. Even taking into account the massive debts that must surely drive his career choices, I think the big thing that drives him is that he enjoys the process of acting – he creates the reality his character is living in, and he finds the most interesting way to express that reality. If he hits sincere greatness, great. If he hits camp, fine. If it’s a swing and a miss, no matter; he’s learned something from the experience and another movie will be just around the corner. Like Paul McCartney, Nicolas Cage is an artist who concerns himself with the process of his chosen artform and leaves classifying the end result up to the audience.

It’s really interesting zooming out and considering Cage as one expression of what an artist can be. He’s simultaneously wildly unpredictable and comfortingly consistent; even before he became a meme (and long before casting directors descended into self-parody casting him) it would be impossible to know if his movie would be highbrow, lowbrow, middlebrow, or bizarre surrealism, and yet he still attracted fans who would program Cage nights to blast through a whole bunch of his movies and enjoy his particular acting style. One way of looking at it is that he’s chosen productivity over all other concerns, whether that be a consistent ideological or thematic outlook (which for an actor would be ‘star power’) or what’s generally considered good taste. He’s worth comparing with Law & Order, also defined by incredible productivity, but much more rigid in terms of both ideological concerns and quality of output; it has rare highs and lows, but 99% of the time you know what you’re gonna get. Cage’s consistent qualities are a unique charisma and his thoughtfulness in how a role is played; in everything I’ve seen him in, no matter what it’s tone or sense of purpose, he has delivered every line with total conviction and a clear internal logic that reflects the reality of the character. Bad Lieutenant: Port Of Call: New Orleans is probably the best one to point to in order to explain this, where Cage’s acting in each scene reflects the drugs the character is currently on, but I always liked how he played the lead in the National Treasure series – not as a generic Hero archetype, but as someone constantly solving puzzles in his head. There are artists whose decisions are based on an authentic expression of themselves, whether that means expressing their view of the world or expressing their emotions. There are artists whose decisions are based on reflecting the world back at it – to inform and teach. There are artists whose decisions are based on entertaining as wide an audience as possible. Nicolas Cage is none of these – he is an artist who aims to hone his tools with greater precision. 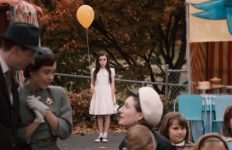