First, it was good at focusing an argument on the thing in question, whether there was an actual performance we disagreed on or whether or not we’d even seen the same movies. But also, looking at an actor’s career through the lens of their three best films helps illuminate what they’re really good at. Instead of trading back and forth good Nick Cage performances and bad, you say “Raising Arizona, Moonstruck, and Bringing Out The Dead” and now you see a serviceable dramatic actor with great comedic timing and the ability to anchor a film without edging out the other performers. But more than anything else, this way of looking at art – that good artists are artists that make good art, and that criticism is not a way to determine if art is good but a way to articulate why and how it is good – has been a healthy and helpful way of looking at not only acting, but art in general.

Range: The ability to play a wide variety of parts, to do accents, or to disappear into a role. When most people talk about acting they really only talk about range. But range is actually the least important skill for an actor to have. Hugh Laurie can do a flawless American accent, but so can 320 million other people. Hugh Laurie doesn’t get work because of his accent, but because of the other things he brings to a performance. It’s very rare that any particular role will demand range, and most actors have far more range than people generally realize. They just aren’t often asked to exercise that range, because they keep getting hired for the kinds of roles they’re best at.

Depth: While range is about showing a wide variety of character types, depth is about showing a wide range of emotions. In particular, the ability to communicate multiple emotions at the same time. Can you say ‘I love you’ like you really mean it? Can you say it like you don’t? Or like you aren’t sure? Or like you’re trying to convince yourself? Or like you’re realizing it’s true only now as you say the words? Like you’re ashamed, or angry, or joyful, or hopeless, or heartbroken? Those are the actors that have depth.

Charisma: Is the actor interesting on screen? Can they carry a movie? This is the least respected tool, but it’s the one that makes money and sustains careers. A good casting director can work around range. A good director, a good script and cinematography and score, can fudge depth. But you can’t fake charisma.

Self-Awareness: How much is an actor aware of their own screen presence, their strengths and weaknesses? How well can they match the tone of a film, and how good are they at seeking out roles they are right for and avoiding roles they are wrong for?

Taste: Does the actor even want to make good movies? Or, more to the point, is the actor interested in making the kind of movies I like? To be perfectly honest, Taste is only on here because baseball has 5 tools. But I think it’s useful to keep a bit of humility around the subjectivity of all of this. And also to remember that an artist’s output can be determined as much by commercial considerations as it can by their own talent. 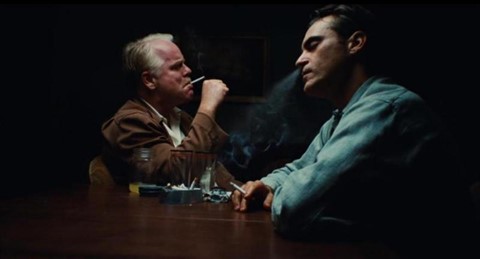 So what do you all think? Do you agree with the five tools? Can you think of something better than taste? Is it fair to judge an actor by their overall output, or should we look at individual performances outside of the context of the films that contain them, and is that even possible? What makes a good actor? What makes a good performance? What tools define your favorite or least favorite actors?