Ever since I was a little girl, I have loved cats completely and obsessively. As a result, my favorite books as a child were about cats.

One of the best cat books is The Cat Who Went to Heaven.

Written by American author Elizabeth Coatsworth, who wrote several books about cats, The Cat Who Went to Heaven tells the story of a poor Japanese artist whose housekeeper brings home a cat with the money that he sent her to buy food. At first the artist is angry because he feels that cats are “devils,” but warms up to her when he notices that she’s a calico, which are three-colored and considered good luck in Japan, so he names her Good Fortune. 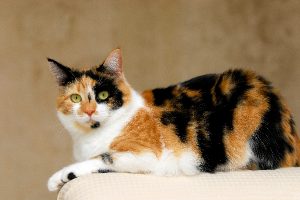 Good fortune is an unusually well-behaved cat. She is mindful of the painting, understands social cues, and even shows reverence to Buddha, which reminds the artist of how little he’s prayed due to the bitterness he feels over his poor circumstances. This inspires him to become a better Buddhist, and his life and luck start to turn around.

When a local temple commissions a painting of Buddha dying surrounded by animals, the artist realizes that he cannot include a cat as they are said to be “cursed” because their “pride” made them refuse to bow before the Buddha. Thus, no cat can ever achieve Nirvana. When his painting upsets Good Fortune the artist sneaks in a cat that looks like her, and which he hopes nobody else will notice, which she sees before dying.

The chief priest at the temple loves the painting until he sees the cat and says that the it will be burned in the morning. The next day, the artist rushes to the temple to retrieve his painting, but instead finds it being adored because it now shows Buddha extending his hand in blessing over the cat. 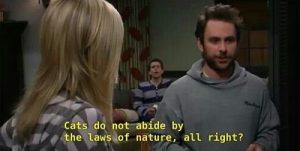 I loved this story as a child because it confirmed what I had always suspected: that cats are magical creatures.

I have also always loved how minimalistic this story and its lessons are. Generally I don’t like books, especially children’s books, with a strong “message.” They usually end up heavy handed and preachy, but the gentle way that Coatsworth writes makes it’s simplicity powerful, and it keeps consistent with Buddhist teachings. A simple story like The Cat Who Went to Heaven gets to me in a way that big epics just don’t.

–The Cat Who Went to Heaven won the Newbery Medal.

-Elizabeth Coatsworth’s other cat books include: The Cat and the Captain, Night and the Cat, and Cat Stories.

-I’m sure that all the cats I’ve lost over the year have gone to Heaven. Except the Mormon one. She’s on her own planet now.