Browse: Home / Year of the Month: Notes on THE BATTLE OF ALGIERS

Directed and co-written by Gillo Pontecorvo, the representation of the Algerian fight for independence against the French in The Battle of Algiers is shaped by a double vision: the colonized Algerians have two identities, or selves—the first is a sense of being historical actors who are in danger of being taken over by the second identity, the fantasy of their being inferior projected onto them by their French colonizers. At the same time, the identity of the French is split between being a nation and an empire. As all colonizers do, the French believe in an illusory social order that has several levels of power, from relative indifference to more overt displays of superiority, manifested through intimidation and harassment.

The use of non-professional actors, with one noticeable exception, reinforces a doubled vision: the film is a historical recreation, constructed through documentary techniques, such as the use of hand-held camera. All of the action is staged; the choreography in breathtaking aerial vistas of the city is keyed to dramatically-tense rhythms.

The film initially regards the Algerians in 1954 as under French control. But they have varying capabilities for resistance that shapes collective action, led by the Front de Libération Nationale(FLN). Breaking from simplistic portrayals of individual heroes, the film gives us an expansive scope of revolutionary action that ebbs and flows. Resistance can be galvanized in different ways. While running from the French police, a young Algerian man is tripped by a young Frenchman; he and his buddies beat on the Algerian until the police take him away. The Algerian man’s attitude hardens and he finds his way into the shadowy network of the FLN. As he becomes radicalized, he learns the art of blending into the crowd; while he becomes more visible to us, he becomes more invisible to the French and thus more dangerous.

The goal of colonizers is to have the colonized adapt to their culture and internalize a sense of cultural inferiority. The Battle of Algiers, however, subverts this idea. Three Algerian women dressed as French civilians plant bombs in a café, a milk bar (a teenage hangout), and an airport waiting area located in the French quarter. They easily get past checkpoints that regulate movement in and out of the Algerian quarter. The French soldiers, ogling them, see them as French, and objects of desire. One of these women, not as successful in disguising herself, gets through with the help of her young son, acting out the French nationalist trope of motherhood/family. These women take on an identity that is not theirs, but only as exterior costume, not as inner self.

The attacks are intended as retaliation against the bombing by politically-connected French vigilantes of a neighborhood suspected of harboring a FLN fugitive. As the women interact with French civilians at the target sites, we see the French through their eyes, in close-ups. In his Criterion Collection essay, Peter Matthews points out, “The women take no pleasure in their mission and shoulder full responsibility for its appalling consequences.” He concludes, “But history has spoken. If we can accept the grievous necessity of these deaths, then we consent to everything.”

Yet I’d propose this jarring moment of reflection—amplified through the increasing speed of cuts to a ticking clock—denies the reduction of a specific, messy historical moment to a universal historical judgement. And as John Berger reminds us, “There is nothing less revolutionary than generalizing about revolution.”*

While revolutionary movements are intended to capitalize on invisibility, counter-revolutionary tactics are intended to make the invisible visible. This lesson is illustrated by the chalk-talk delivered by Colonel Mathieu who takes charge of putting down the Algerian insurgency in the aftermath of the bombings in the French quarter. Played by Jean Martin, a veteran professional actor, Mathieu grabs the spotlight as he illustrates the FLN organization. The crucial element to its success, Mathieu explains, is minimal contact among members, making it difficult to monitor their movements.

The exposure of the FLN network conducted by Mathieu is done in an exceedingly horrifying operation, dramatized in graphic scenes of torture, staged in what French soldiers euphemistically call “the dance hall,” to ferret out FLN sympathizers, whose extracted confessions lead to the uncovering of the top echelons of the network. After systematically taking out the leaders of the network, the uprising appears to have been defeated.

Yet Mathieu cannot control the court of global opinion. Even as his troops broadcast propaganda to the Algerians to abandon the FLN, the resistance is steadily gaining legitimacy in the eyes of the world, including some French, notably Jean-Paul Sartre. At one point, Mathieu sneers that Sartre is against him. But it underlines the bad-faith claim of Mathieu that he is simply carrying out the will of the French people, tacitly implying that his methods have been judged as acceptable.

What seems particularly powerful in The Battle of Algiers is the envisioning of a non-linear history. If fascist movements aim to make the trains run on time, the temporal pattern of revolution is disjunctive, opening spaces for resistance—which, paradoxically, in the film, creates connections through scenes of revolution paired with those of counter-revolution. We do not see the events, after the dismantlement of the FLN leadership in 1957, that lead to Algerian independence in 1962. But the film appears insistent that the revolution continued, even if not visible—a final reminder that we should always be careful in assuming what we can and cannot see. 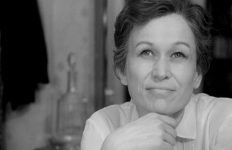 Year of the Month: Jake Gittes on WINGS→ 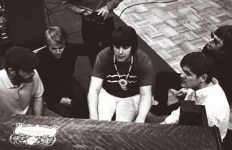 The luxuriant mysteries of “God Only Knows” (Year of the Month)→ 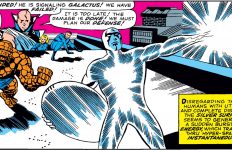 Year of the Month: Galactus, the Silver Surfer, Stan the Man, and King Kirby→

Year of the Month: Once Upon A Time…in Gotham by Miller→