Browse: Home / Year of the Month: Wykstrad on THE 39 STEPS

“I know what it is to feel lonely and helpless and to have the whole world against me, and those are things that no men or women ought to feel.”

Coming slowly out of a year-long period in which feeling lonely and helpless was all too common, this moment of sincerity in Richard Hannay’s bogus speech in The 39 Steps stood out on my rewatch of the film. The “joke” of the moment, which is the first moment that Hannay begins to win over the crowd, is that Hannay is feeling this way because he has been unwittingly caught up in a sinister conspiracy that spans the length of the British Isles and goes to the top of the country’s intelligence service, but everyone in the crowd leading their more humdrum, everyday lives pretty much feels the same way too.

It’s a great metaphor for why fantastical entertainment is so frequently popular entertainment, and my own impressions of the last year seem to bear it out: living in isolation, largely confined to our apartments and homes, how many of us watched massive blockbusters about the fate of the world? Or posted on social media that we did not want any movies about quarantine, and would not watch them when they were inevitably made? Or kept trying to work up the stamina to watch Nomadland, only to turn on The Mummy for the tenth time instead? 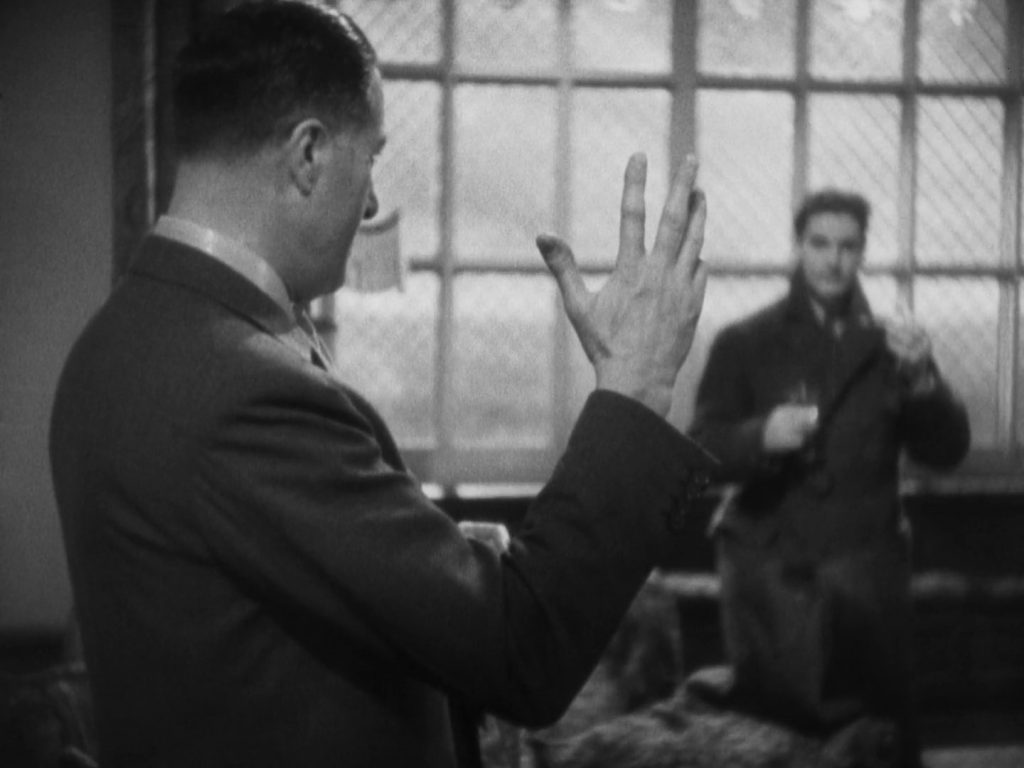 You could say it’s about escapism or distraction, but I’ve always felt that there’s something about the big, simple emotions of preposterous entertainments that map onto our own feelings more easily than the thornier, more complex evocations of lives like our own. In our heads, we’re all Hannay up on that podium, vaguely pursued by shadowy enemies, and unable to hope for much more than someone who’s willing to flee alongside us.

This is hardly the only aspect of the film that plays differently in 2021 than it did in 1935. For example, the dramatic conceit of a man giving a pandering-yet-rousing speech to a riled-up crowd, desperately attempting to stay behind the podium as long as possible in order to avoid being arrested now carries a certain political tinge that doesn’t feel native to the text. But what I want to focus on — what drew my attention, on what was maybe my fifteenth viewing of this film — is not the man behind the podium, but the crowds in front of it. 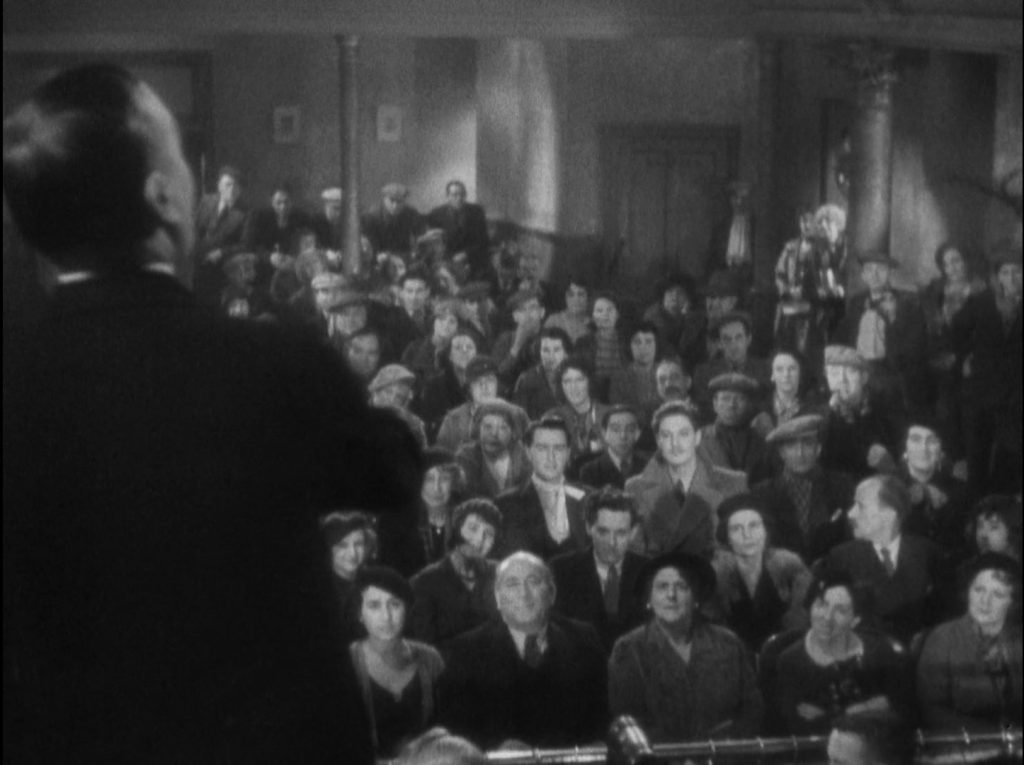 The great special effect of The 39 Steps was, and remains, its crowd scenes. The increasingly computer-heavy world of modern production means that fewer films have actual crowds full of real people who can be told to stand somewhere and look somewhere else, but who otherwise operate independently of the film’s creators. We might see the epic battle scenes in Avengers: Endgame and be impressed by the realism that hundred-million-dollar postproduction budgets can bring to their digital crowds. But even the modest crowds of The 39 Steps’ opening scene show that there’s something to the presence of real humans in the frame that special effects still cannot recreate. 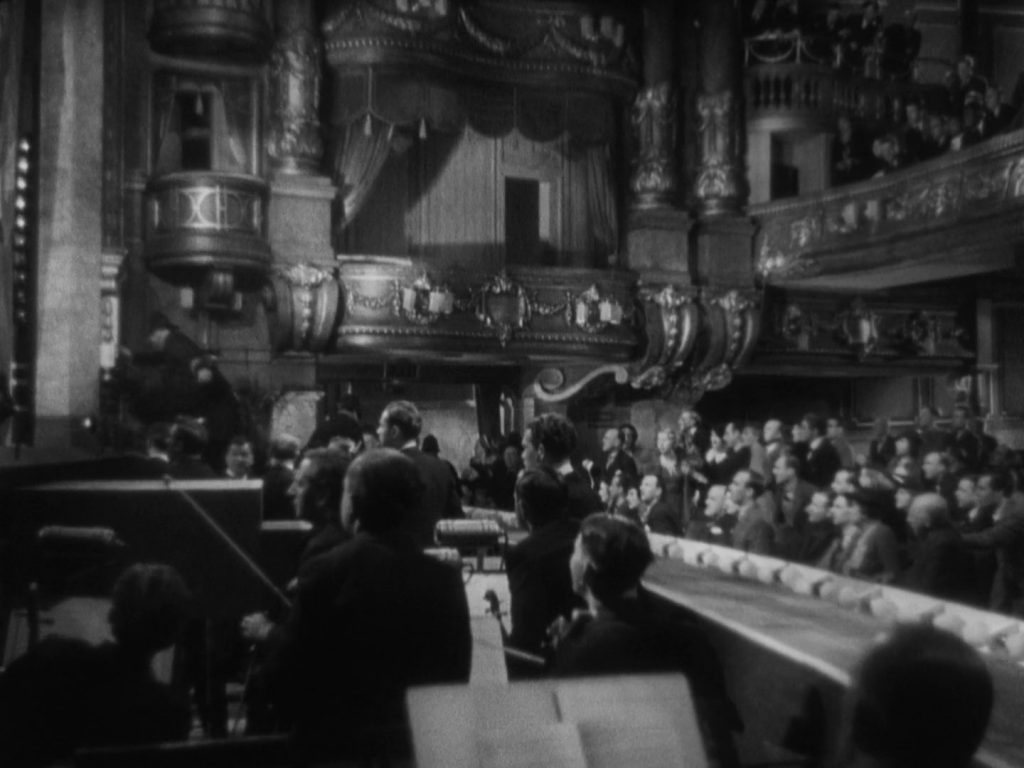 It’s among the most obvious observations in the world that, after a year of quarantine, the crush of the crowd scenes hit me harder than before, but I feel the need to record it here. Whenever Hannay steps out of a cold British night into a packed theater or union hall, I could almost feel the rush of warmth he must feel from hundreds of people standing shoulder to shoulder. When the crowds turn into surging mobs, the sense of panic is palpable. The mix of alarm and longing I felt when I look at the packed halls and parades made me realize how sensitive Hitchcock was to human phobias (the better to exploit them) from the earliest stages of his career.

The later Hitchcock films are the ones I tend to associate with phobias, as bigger budgets and better technology allowed him to use the camera in more sophisticated ways. In the 1940s, particularly with Shadow of a Doubt, Spellbound, and Notorious, he began to truly grasp how the subjectivity of the camera could goose an audience’s reaction. The cameras in The 39 Steps are comparatively staid, standing back from the action, trying to catch the whole world in their frame, or at least the whole stage, which in Hitchcock often amounts to the same thing. 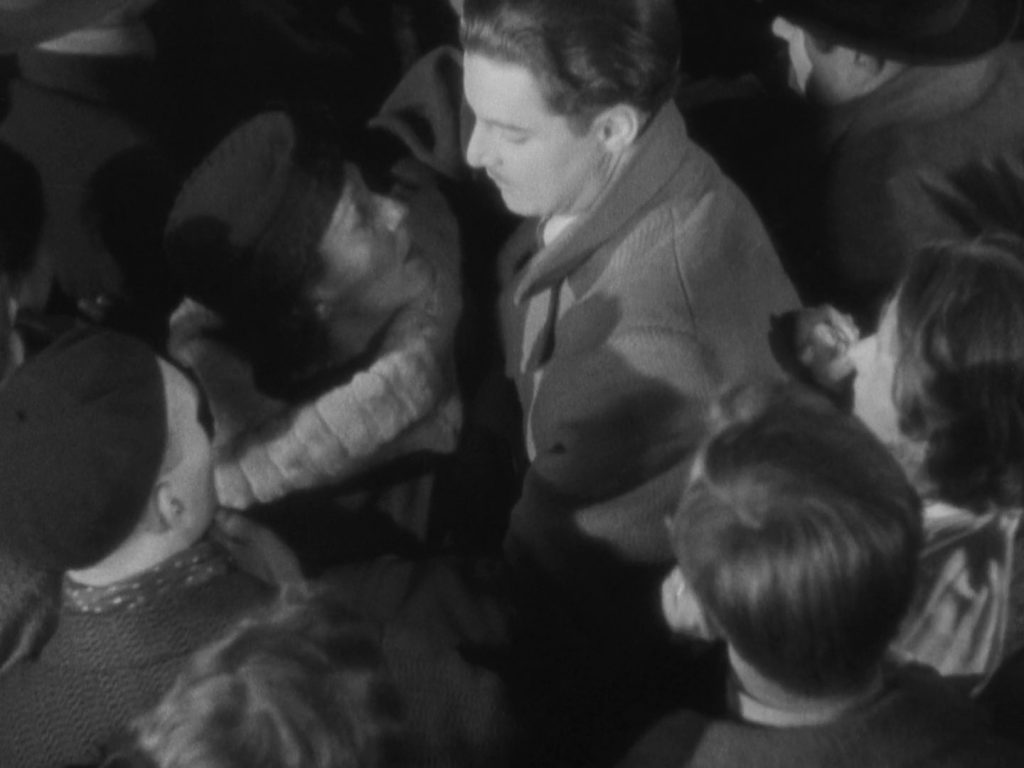 In her 1999 commentary, Hitchcock scholar Marian Keane points out a high-angle shot that Hitchcock keeps returning to throughout the film. It’s an eye-of-God shot, and she explains that it tends to appear any time God — or, in the world of his films, Hitchcock — places some new contrivance in the way of his protagonists. But even when he’s not giving us the God’s-eye view, Hitchcock is trying to frame his characters objectively against their backgrounds. There are some subjective shots (the famous Dutch-angle of Mr. Memory as he begins to explain the 39 Steps, for one), but on the whole, we’re not being invited to identify with Hannay or Pamela so much as to observe their distress at a distance. 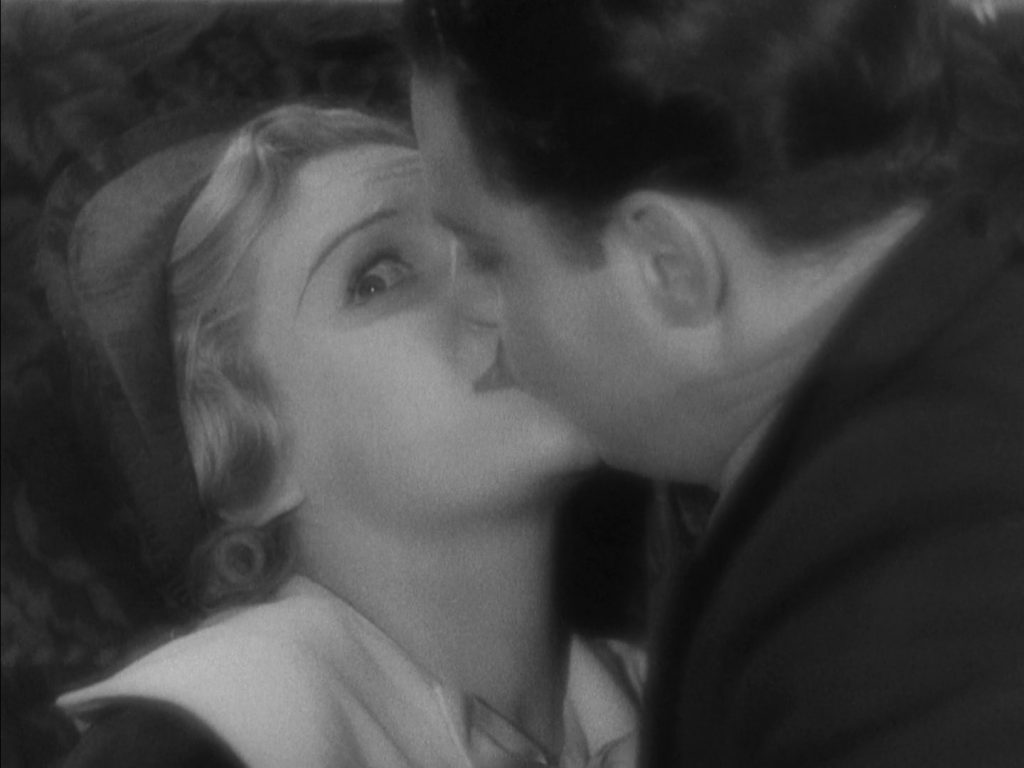 So, with his camera hanging back and the bulk of his cinematic bag of tricks still at least a decade in the future, how does Hitchcock get us clutching our seats and holding our breath? The solution is as elemental as a Pixies song: he keeps switching things up. Hannay goes from being trapped in a surging crowd, to an ever-shrinking sequence of rooms and train compartments, to alone on the Scottish moors, then back into the crowds (the parade, the rally), and back into a cramped car, and then back to the desolate Scottish landscape. The contrast of the packed halls and empty moors emphasizes the uneasiness Hannay feels in both and makes this one of the few films that can freak out claustrophobics and agoraphobics alike. 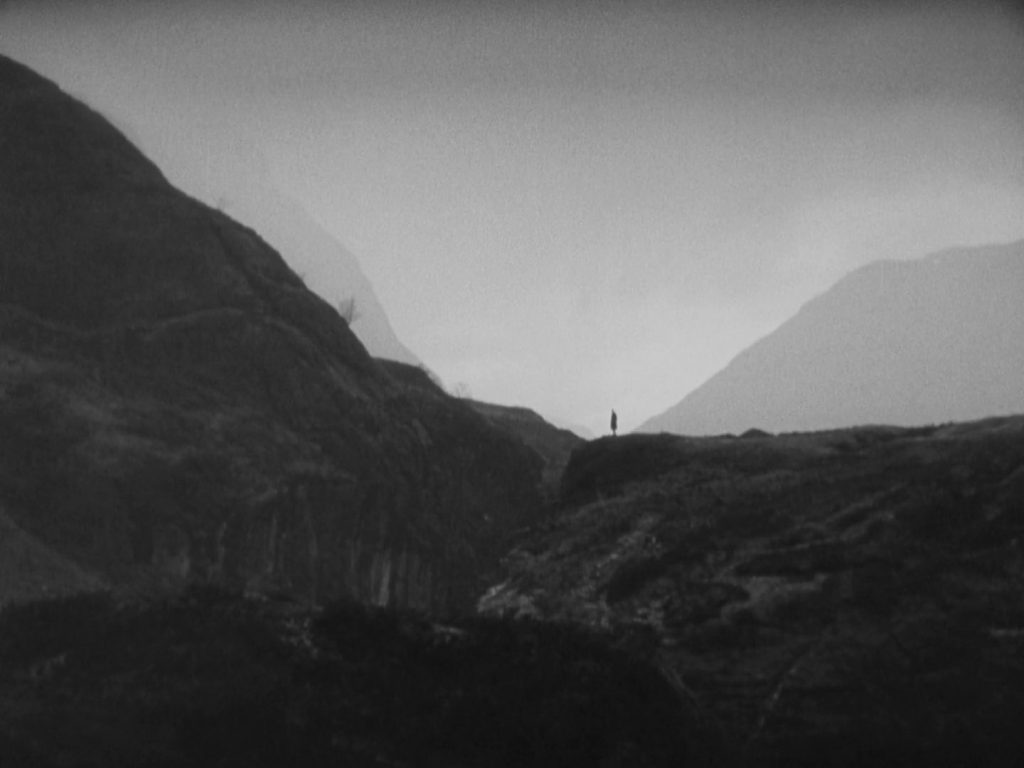 The other effect of pulling back the camera, of making the audience an observer rather than a participant, is that it makes the scenes themselves evoke emotions as well as the characters. Hannay fleeing over the moors gains our sympathy, but the image itself, the solitary man pursued over an unforgiving landscape, evokes a deeper emotion, fear mixed with loneliness and hopelessness. It’s the effect that undergirds all popular entertainment: an image that invites those of us in the crowd to identify with the man onstage and rediscover our emotions in his own. 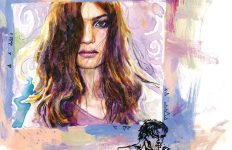 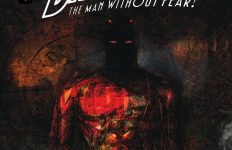