Time Loops! These days, if you throw a rock at a streaming service you’re probably gonna hit at least three Pieces Of Content that revolve (rotate?) around them. From Edge of Tomorrow to Russian Doll to Palm Springs to Happy Death Day, the post-Groundhog Day “what if you got stuck in the same day forever” industry is in such good health that I strongly suspect that Harold Ramis and Danny Rubin’s screenplay is a major text in screenwriting classes around the world.

But it was not always so! In fact, when Groundhog Day was released, its premise was deemed similar enough to another movie released that year (12:01, the second adaptation of a 1973 short story) that lawsuits were considered. When I went Wikipedia diving to scratch my time-loop itch, back before they were inescapable, the first, more faithful adaptation of 12:01 was one of the things I discovered; Replay was another.

Most of the aforementioned loops cover 24 hours, but Replay still stands out from the pack for covering a longer loop. This may well be the thing that has prevented it from ever being adapted for the screen – it has been picked up a few times and Ben Affleck and Robert Zemeckis have been attached at various points, but the storytelling would either require some liberal application of Benjamin Button effects (hmm, I wonder what attracted Zemeckis to this potentially FX-heavy concept?) or the extremely patient Linklater approach (which would actually be pretty awesome).

I don’t want to get into spoiler territory in this introduction – and it has also been a few years since my last re-read, so my memory is fuzzy anyway – but I remember being delighted by the way this story combines the looping with some more traditional “what would you do if you knew the future?” time travel japery. I’ve loaned it out to friends a couple of times with great success and I hope it holds up to the watchful eyes of The Solute – looking forward to revisiting along with you.

The Solute Book Club: Easy to join! Read Replay by Ken Grimwood on your own time and look to the Solute on Tuesday, February 1st for another piece by vomas to kick off a discussion in the comments. More details and future reading list here. 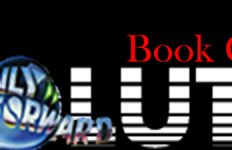 The Solute Book Club: ONLY FORWARD (hosted by Rosy Fingers)→ 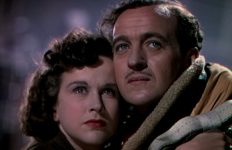 Year of the Month: Tom “Vomas” Morton on A MATTER OF LIFE AND DEATH→ 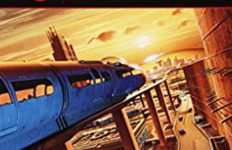