The Bubonic Plague’s impact resulted in wide-ranging social, economic, cultural, and religious changes. These changes, directly and indirectly, led to the emergence of the Renaissance, one of the greatest epochs for art, architecture, and literature in human history.

My six-year-old son’s teacher has asked her students to journal, if they can—she’s aware it’s asking a lot of first-graders—because she thinks future scholars will be interested in what they had to say. This, in fact, reminded me of Rilla of Ingleside, the final Anne of Green Gables novel by L.M. Montgomery, which is about Anne’s youngest daughter during World War I; Rilla is keeping a diary in part for the same reason. There’s a quote going around allegedly from the diary of Samuel Pepys, who definitely did write a diary about his plague experiences that is still studied.

While I do not necessarily believe future sociologists will learn anything profound from how much Simon hates social distancing and sheltering in place, especially with his sister, I do think the impulse to document is a human one. And I don’t think it’s entirely for others. Mostly, I think it’s for ourselves. We want to express how we feel. As a species, we do this through art. You don’t have to be much of a scholar to see that trend throughout history.

Now, the quote I’m using as an epigraph is only partially correct, as some of the changes were already happening when the Black Death hit—the Renaissance is generally considered to have begun in about 1300, and the first major outbreak of plague in Europe was in 1348, at least the first since Justinian. But there is a strong scholarly argument that the changes of the Black Death drove the Renaissance to greater heights, and certainly whether or not it’s true, it’s not difficult to find art dealing with plague and death from those years.

And again, it is possible, even easy, to look at literally any major event in human history and see it through the lens of art. It is ridiculously easy, especially in these days of instantaneous research, to find art representing essentially any ill through human history. You can’t truly understand nineteenth century art without familiarity with tuberculosis. The entire medium of Kaiju has its roots in the bombings of Hiroshima and Nagasaki. Even the economic devastation of the Great Depression produced some of the most powerful art of the twentieth century. And when I was a child, my mother had a book called I Never Saw Another Butterfly, art created by children in a concentration camp.

You’d have to be some kind of monster to think that the art justified what happened, of course. I’m not for a minute saying that. And it’s also trivially easy to list artists cut off in their prime by the thing that was busily creating great art in others; the early days of the AIDS crisis were written in the obituary pages, after all, and many of those obituaries were of quite prominent people. Having the great folk art experiment that is the AIDS quilt (to which my own mother contributed a square, for a coworker) is more a way of coping with a plague that was allowed to devastate a community and a generation. But that’s kind of my point; we as a species use art to cope. Even at the level of a six-year-old writing a journal.

Keep my six-year-old in fruit snacks and graham crackers by supporting my Patreon or Ko-fi! 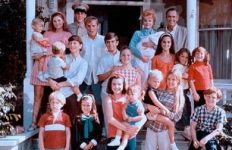 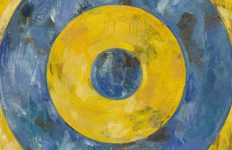