Lord knows I am not the best person to talk on queer issues. I’m of an age where I have to kind of force myself to use the word “queer” at all, because when I grew up, it was an insult that I learned not to use. Also, I am basically straight. Certainly I never knew Jeffrey Catherine Jones personally and have no right to speak for their personal experiences. At this late date and with the information I’ve gathered by a little research, I have ideas, but I’ll never know if my ideas were accurate.

What is not in dispute is that Jones was a powerful force in the art community. It seems likely that at least some of their work has appeared or will appear in the Year of the Month comics pages; they worked for, among others, Charlton, DC, and Marvel. They did a lot of book covers. And then at some point they declared working as an illustrator “immoral” and exclusively did their own art. They produced any number of paintings after that point, mostly of women and many of who appear to me, at least, to be self portraits, or idealized self portraits.

Underlying all that was a deeply troubled individual. As a child, they had strongly identified as a girl, but they didn’t begin hormone replacement therapy until they were 54. Their friends still called them “Jeff” and used male pronouns for them. They allegedly didn’t care, but is that “I don’t care” or “I’m used to it” or “I don’t want to fight about this all the time”? Apparently Neil Gaiman was interviewed for a documentary about them shortly before their death and asked the director for their preferred pronouns and was told Jones was using he/him, but he later wrote that he wasn’t sure if that was really true or just what the director thought, and if it was really true if it was because they just couldn’t fight anymore.

It is also true that gender is a fluid thing for some people, more fluid than we acknowledge. Further that apparently one of the reasons Jones didn’t feel comfortable as a woman despite having felt female their whole life was that they remained attracted to women. They continued to be the person they felt inside, even as a woman, and they seem to have internalized that women are supposed to fit a certain feminine mold. That they didn’t made them question themself, according to one of their friends. They had a full-on breakdown. Which was also after decades of alcoholism, apparently itself caused by their dysphoria.

They were, however they identified, an extremely talented artist. Their work has a slight Maxfield Parrish vibe to me. Frank Frazetta called them the greatest living artist, and they’re definitely worth looking into. I’ve gone with “they” pronouns for this article, because using either gendered pronoun makes me feel a little sad and uncomfortable about how the world treated this person who was apparently kind and gentle and was definitely more worth noticing than most people appear to think. 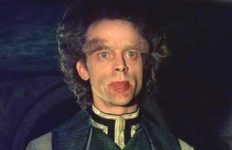