Five years ago, she was the first person whose obituary I wrote for this site. I didn’t know much about her; mostly what I knew what that she’d won back-to-back Oscars in the ’30s and pretty well stopped acting within a year of her second win. Okay, she did a little TV and four movies after 1938, but mostly, she was the oldest living Oscar winner at the time of her death. And she’d routinely show up any time they were gathering living Oscar winners on the premise that, if she didn’t, everyone would assume she was dead. And that’s of people who knew who she was in the first place.

Luise Rainer was born into an upper class Jewish family in Germany shortly before World War I. She grew up mostly knowing the results of war, but by age six, she also knew she wanted to be a performer, having seen a trapeze artist and become fascinated with the costume. At sixteen, she lied to her father to go to an audition at the Dumont Theatre in Dusseldorf. She was a highlight of the Berlin theatrical scene of the late ’20s and early ’30s. In 1935, she signed a three-year contract with MGM and moved to Hollywood.

Honestly, even though her career failed, she was still incredibly lucky to have left Germany when she did. In case you missed that “Jewish” part. I don’t know what happened to her family, but she is one of a long list of people who were fortunate to leave Europe when they did. She may have returned to Europe in the late ’30s, but it was not her homeland of Germany. There was no place for her there anymore. Her marriage to Clifford Odets was a failure; her Hollywood career was not better. She likely would’ve been happier staying a stage actress—but a stage actress in London or New York or something, not Berlin.

She’s considered the first person whose Oscars were detrimental to her career, but I don’t think that’s true. From what I can tell, there were a lot of other factors that were bigger issues. She was old enough to think she knew it all while being too young to really understand what was going on. There weren’t a lot of great roles for an actress of her specific skills. Heck, if she’d stayed in Hollywood even a few more years, being German by birth would’ve been a problem for her, especially given how much the studio had emphasized her foreign birth when they were hoping for the next Greta Garbo or Marlene Dietrich from her. I don’t think the Oscars helped, I’ll admit, but the studio system was probably worse for her than they were.

I’m still not enormously familiar with her work—well, naturally not; she didn’t do much work to be familiar with. But five years later, I can tell you that she was certainly capable of acting, even if her favourite of her own works was one where she was horribly miscast. Luise Rainer was certainly capable of the acting necessary to play O-Lan in The Good Earth, and it’s not like they were actually going to cast a Chinese actress in the role. Still—at least these days, we’re embarrassed about that level of yellowface instead of giving people Oscars for it.

Yes, really, five years; I’ve been volunteering as a writer at this site this entire time and surely would like it if you’d contribute toward my Patreon or Ko-fi! (Or that of anyone else who writes for The Solute; we’re all volunteers.) 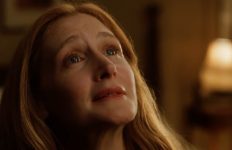 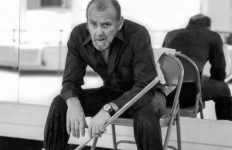 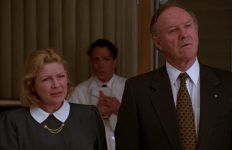