Orson Welles said that Marion Davies was not the inspiration for Susan Alexander Kane. Marion Davies was a sweet woman—one of the nicest in Hollywood, by all accounts, and unfailingly generous—and a talented actress. Her career was if anything more damaged by her association with Hearst than advanced, given his handling of her. He insisted that she should do drama, that she should never be in a supporting role, that she should never die in a movie. This cut her away from her natural gifts and prevented her from taking certain parts that might have kept her career going longer than it lasted.

What’s more, Davies is now remembered almost exclusively for her connection with William Randolph Hearst. It’s true that she was his mistress for thirty years, that she was the hostess at his opulent castle at San Simon. She put on elaborate parties. She entertained powerful guests. She never married Hearst—he was already married, and his wife’s settlement demands were high enough so that he never considered divorce for long. Allegedly, the pair were both unfaithful to one another even beyond that. But she was with him until the day he died.

Hearst wanted Davies to be a serious dramatic actress, having fallen for the belief that Serious Drama Is More Important. That her talents lay in comedy were irrelevant. That she could have done smaller roles and kept her career going in later years was not as important to him as the certainty that Marion was a Star. It’s true that, in 1923, theatre owners dubbed her and Rudolph Valentino King and Queen of the Screen, as the biggest box office draws of the year. But she could have kept her star shining, had she been allowed what was actually best for her.

That Davies genuinely loved Hearst is obvious—you don’t sell the jewelry your lover has given you for a million dollars to bail out his company if you’re in it for the money, after all. Still, how he limited her must have been frustrating. He wanted her to do costume epics and the kind of innocent little girl roles Mary Pickford stopped doing in about 1923. Despite her stutter, Davies was even able to make the transition to sound; who knows the kind of role she could’ve gotten without Hearst’s simultaneously limiting her and over-publicizing her?

It’s definitely true that there are many, many stories of Davies showing generosity whenever it was called for. The children’s hospital at UCLA has since been renamed for Mattel after they gave an enormous sum of money over twenty years ago, but she did give enough to fund its opening. She routinely gave money to cast and crew who were in poor health. Heck, she even gave most of the Hearst stock she’d been left in W.R.’s will to his actual widow for a dollar, and if that isn’t generous, I don’t know what is.

I’m sure Marion Davies would have contributed to a lot of random people’s Patreon or Ko-fi if it had existed in her life; help me out and support mine! 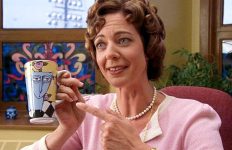 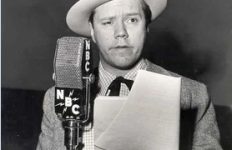