Famously, assorted Lionel Barrymore characters were in wheelchairs because Lionel Barrymore himself was crippled by arthritis. And then as far as actors in wheelchairs go, we’re pretty much running out. Christopher Reeve, I guess, though he didn’t do much after his accident. We don’t even see many able-bodied actors performing characters in wheelchairs. James Stewart and Raymond Burr, and even James Stewart was playing someone who had a broken leg and was expected to recover. Small wonder, then, that when Susan Peters was paralyzed in a hunting accident, she found it difficult to get work.

Oh, not that Peters had the most substantial career before the accident. She was one of the many minor starlets of the ’40s, of course; when she started getting larger roles, she started getting good reviews, but she was no more than a lot of other performers you’ve never heard of from the era, really. She was very briefly in Andy Hardy’s Double Life, though, and she received a Best Supporting Actress nomination for her role in Random Harvest. That, at least, would make her someone to be talked about for decades to come.

In fact, in 1944, MGM officially designated her a star. Strange as it seems, that was a thing they did at the time—the studio had “featured players” and “stars,” and they just decided you’d done well enough to be a star. She was upgraded at the same time as Gene Kelly and Esther Williams. (And a few others, but those are the best known of the bunch.) In 1944, it seemed her star was going to continue to rise; it seems, if you know nothing about her, that this would be the place where you’d see her settled into being one of those people you hear about in stories of the Golden Age of Hollywood.

Peters, her husband Richard Quine, and his cousin and cousin-in-law were duck hunting on New Year’s Day. Apparently, she reached for a gun which went off, firing into her abdomen. I’m not a gun person, goodness knows, but that sounds like a basic failure of firearm safety. Either way, her spinal cord was damaged, and she was permanently paralyzed. MGM kept her on the payroll, including paying her medical expenses, but she broke her contract because she didn’t want to play sweet waifs who overcame their disability with a smile. Indeed, one of her only roles after the accident was in The Sign of the Ram, where she got to play a villain.

Honestly, I’m intrigued by the show she only made a handful of episodes, Miss Susan. She played a wheelchair-bound attorney, and I’d love to see how it played out. Alas, her health was deteriorating. Her mother had died while she was recuperating from the accident. Her marriage had ended. She was suffering from a chronic kidney infection, apparently a result of the illness. An engagement broke up. She suffered from severe depression, which does not seem to have been treated. And apparently she began starving herself, because she had no interest in life anymore. Peters died in 1952 at only 31.

Help give me a stipend because my disability keeps me from working; consider supporting my Patreon or Ko-fi! 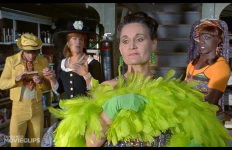 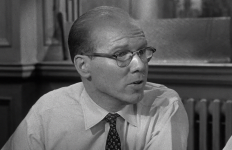 Attention Must Be Paid: John Fiedler→ 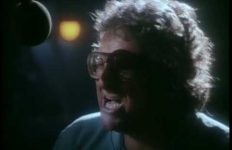 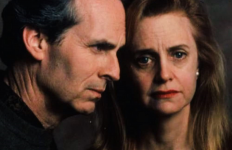