Browse: Home / Brother Bear Is Straightforward, Flawed But Not Without Its Charms

Those early years of the 21st century of Walt Disney Animation Studios will likely be looked upon in the same manner as the studios work of the 70’s and 80’s, with both eras trying to overcome expectations of the past while attempting to blaze new storytelling trails. The films of the 70’s and 80’s have mostly fallen into obscurity (though this time period did give me one of my favorite films of all-time, The Many Adventures of Winnie The Pooh), but hopefully the films that greeted audiences in this new century don’t share the same fate, as there are some gems to be found in that era.

Not among those gems (which include Fantasia 2000, The Emperor’s New Groove and Treasure Planet) but also not worthy of being forgotten is Brother Bear, which never goes beyond being simple diverting. However, I don’t want to discredit several aspects of the movie that do stand out, such as those humorous moose’s, Rutt and Tuke (voiced by Rick Moranis and Dave Thomas respectively) who were the focal point of the movies marketing.

Perhaps what stood out most to me in rewatching the movie for the first time since its Fall 2003 theatrical release is how straightforward the plot is. Remember, this is just two and a half years after Shrek took the world by storm and introduced cynicism and a self-referential attitude to the world of American cinematic animation. To see Brother Bear tell its story (which takes place in ancient times) in a straightforward manner, without flourishes that try to make it “hip” is to the movies benefit, since it leaves the film with a pleasing atmosphere.

That pleasing atmosphere clashes with the motion pictures protagonist, Kenai, voiced by Joaquin Phoenix, who is a more aggravating than endearing creation. Now, the plot centers around Kenai being turned into a bear via mystical forces, a transformation meant to rectify his flaws as a person, namely his foible of not treating others (such as a bear he slaughtered) with kindness. Standard redemption story stuff, but the problem is Kenai comes off as too much a jackass in the story for me to relate to. He just whines and whines endlessly to the point where I’m not rooting for him to be redeemed but rather be eaten by one of the films numerous grizzly critters.

Interestingly, more successful in terms of characterization is Koda, a cub who tags along with Kenai in the movie. Koda, in theory, should be the sort of comedic relief that only grates my nerves, but he’s probably the most successful element in this endeavor, mainly because the story gives him some real tragedy to deal with relating to his mother, who he gets separated from before he meets Kenai. There’s really well executed tragedy coursing through Kodas plight and the way its resolved is both understated and surprisingly impactful. I wish more of Brother Bear had that sort of restraint, especially when developing Kenai, but this movies got enough to offer to make it a decent, if undeniably routine, entry into the sprawling Walt Disney Animation Studios canon. 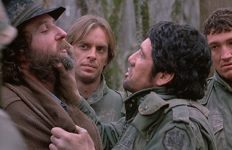 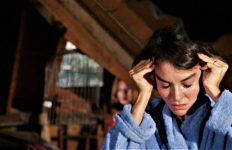 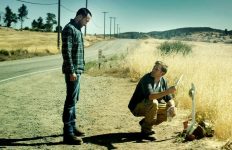