Browse: Home / But There Is Sisterhood in Baseball: A Women’s+ Canon Article

I do not like sports, and by extension, I do not like sports movies. I haven’t been able to make myself watch Creed, even though it’s supposed to be quite good, because it’s a boxing movie, and presumably they will be boxing in it. And yet I do own three baseball movies. Two of the three, I know for sure I first saw with my family; this one, we might have even seen in the theatre. Somewhere, I may still even have the single of its theme song, one of several Madonna videos featuring Oscar-winning actors. Yet it does not often come up in discussions of the great sports movies, even though by all accounts the actual sports in it are more convincing than in any number of others not featuring professional athletes.

Dorothy “Dottie” Hinson (Geena Davis) works in a dairy with her younger sister, Kit (Lori Petty). Dottie’s husband is away at war. The pair are the catcher and pitcher, respectively, of the dairy’s baseball team. They are spotted by Ernie Capadino (Jon Lovitz), a scout gathering talent for the new All-American Girls’ Professional Baseball League. The league is the idea of Walter Harvey (Garry Marshall, doing a favour for his sister the director), who owns the Cubs and has seen most of his best men drafted. To get ahead of things and keep public interest in baseball going, he and several other owners start up women’s professional baseball. Drunken has-been Jimmy Dugan (Tom Hanks) is given the job of manager as a favour, but at first, Dottie is the real manager.

Penny Marshall said that, despite the audience’s interest in seeing Dottie and Jimmy end up together, she didn’t want to burden the film with a love story. And that is because this is a film about the relationships between women. Dottie and Kit, yes, and my goodness but there’s a lot to empathize with in their relationship if you yourself have a turbulent relationship with your own sister, but not just that. “All the Way” Mae Mordabito (Madonna) and her best friend, Doris Murphy (Rosie O’Donnell) are sisters, too, even if they share no blood. The way the women come together over the course of the movie is the best in women’s friendships.

The women also know that they are valued less because they are women. How can they not? Their only chance to play professional ball comes when the men are gone. And they aren’t allowed to just play ball, either—it is a historical fact that the women of the league were sent to deportment lessons and so forth, and the uniforms shown in the movie are historically accurate. (They’re even really wool, despite how desperately hot it was while the World Series was being filmed.) But the women know that their league is seen as a joke, and the fact that they are damn fine ball players isn’t important, because they’re still “just” women.

In fact, I’d like to emphasize that the women really were damn fine ball players. Unlike in many other sports movies, no one here was cast unless she could actually play ball. Geena Davis, in fact, seems to be a natural gifted athlete altogether; two years after learning archery, she was nearly good enough to qualify for the US Olympic team, and despite getting a late start on training (she was cast after Debra Winger didn’t want to work with Madonna), she was one of the best players in the film. Marisa Tomei apparently auditioned and was rejected because her baseball wasn’t good enough.

And unlike in Major League, they couldn’t just pad the extras with ringers who were pro ball players. So far as I know, about the only moment where someone didn’t do their own sports was the moment where Dottie slides into the splits—Geena Davis could do the splits, but she couldn’t slide into them, so someone else was her double for that. But these women really did play real baseball in historically accurate uniforms, meaning they also took historically accurate injuries. Renée Coleman, who I will never not think of as The Evil Leaper, really did get that spectacular bruise on her thigh, which took a year to fade. Women had skin ripped from their legs from sliding, and Anne Ramsay’s nose was broken with a baseball mitt. Lori Petty and Rosie O’Donnell were even able to hit for the fences at major league parks.

The one not-exactly-sisterhood thing I will tell you is that Madonna was apparently a royal pain on the set. During the World Series filming, various cast members would entertain the crowd, and Madonna refused to sing. So the others did impersonations of her. O’Donnell did stand-up; Hanks did puppet shows from the dugout. Geena Davis thought that performing songs from Jesus Christ Superstar would relieve tension, and I now want to see their version, with Tom Hanks as Caiaphas. But about the only person Madonna seems to have gotten along with was Rosie O’Donnell. Maybe Debra Winger wasn’t entirely wrong.

For the most part, though, the movie sings. There is so much love on display. Even when Kit is furious at her sister, even when she’s jealous as hell, she still loves Dottie more than she loves just about anyone. It’s clear at the end of the movie that some of these women haven’t seen each other since the war, and it’s equally clear that, once they get started talking, it’s as though the years haven’t passed at all. That’s the real definition of sisterhood.

Help me reconnect with some of my out-of-town sisters; consider supporting my Patreon or Ko-fi! 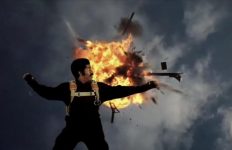 The Friday Article Roundup Likes What It Likes→ 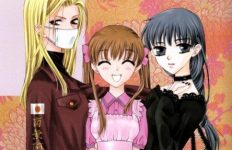